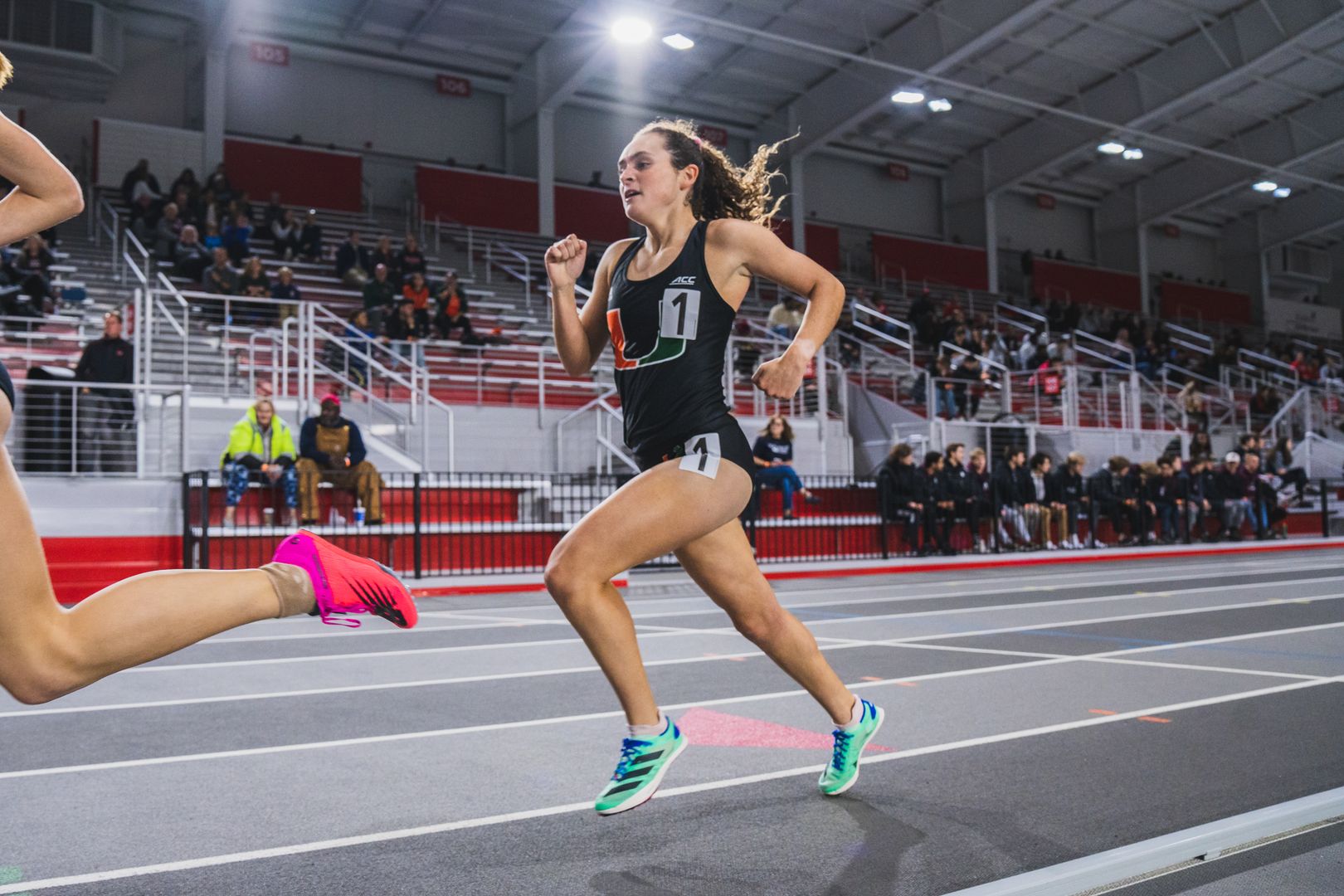 LOUISVILLE, Ky. – The Miami Hurricanes track and field team started its 2023 indoor season this weekend at the Cardinal Classic.

Competing against Bellarmine, Cincinnati, Cincinnatus Elite, Louisville, UNAT-Cincinnati, Xavier and Texas, the Hurricanes were able to secure three wins and a handful of new personal records in day one of the event, then continued that energy in day two.

Graduate student Décio Andrade, throwing 21.74m in the men’s weight throw, cemented the first win for Miami in the Cardinal Classic. The Camacha, Portugal, native continued to outshine competition and is poised for a historic final season for the Hurricanes.

Junior Moriah Oliveira gave Miami the second win of the day in the women’s 400m dash, posting a time of 53.48 seconds. Freshman Sanaa Hebron finished quickly behind her with a time of 54.41, while fellow freshman Gabriella Grissom posted a time of 55.36, placing fourth overall in the event.

In the last event of the day, Penn State transfer Sincere Rhea secured the third victory for Miami in the men’s 60m hurdles with a time of 7.92 seconds. It was a razor-thin finish against Texas’s Kendrick Smallwood and Cincinnati’s Brandon Johnson

The big highlight of day two in Louisville was junior jumper Russel Robinson, who was the dominant winner in the mens triple jump with a 16.13m leap on his second-to-last attempt. Not only did this place him first against elite competition, but this score also broke the indoor triple jump record for the Hurricanes.

In the women’s 3000m, Daphnee Lavassas added onto her already impressive resume by placing first with a time of 9:43.09. Senior Hannah Hall also stood at the top of the leaderboard in women’s shot put with a throw of 16.02m

“For us it was really about getting back into competition. Getting here, being tested, and carrying out what they’ve been working hard on during practice. That was really the main goal  of this event. Executing what we’ve been practicing on and being able to build on it,” Head Coach Amy Deem said reflecting on the event.

The team will travel next to Lubbock, Texas, January 20 to face off in the Texas Tech Invitational. For staying connected with the Miami Hurricanes track and field team, make sure to follow @canestrack on Instagram, Twitter, and Facebook.