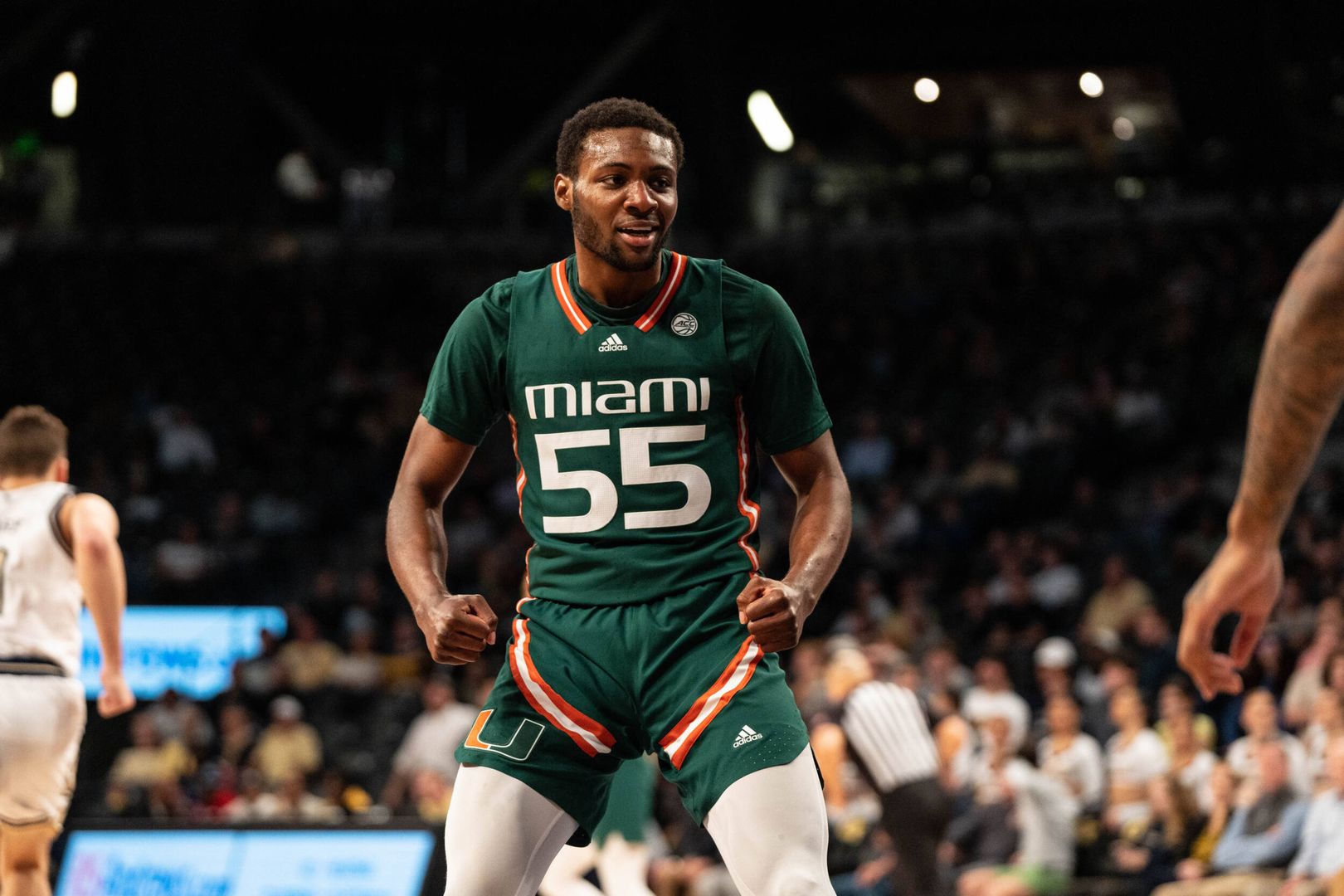 CORAL GABLES, Fla. – The University of Miami men’s basketball team maintained a top-20 position in the national rankings Monday, checking in at No. 16 and No. 15 in the Associated Press Top 25 Poll and the USA TODAY Sports Coaches Poll, respectively.

Miami (13-2, 4-1 ACC) dropped four spots in the AP Poll and three in the Coaches Poll after being tagged with just its second loss of the season on Tuesday, narrowly falling on the road at Georgia Tech, 76-70.

The Hurricanes have made an appearance in both polls for the fifth consecutive week, one of just three Atlantic Coast Conference teams to do so this season.

The Hurricanes return to play Wednesday at 7 p.m., hosting Boston College at the Watsco Center in Coral Gables, live on ESPNU.