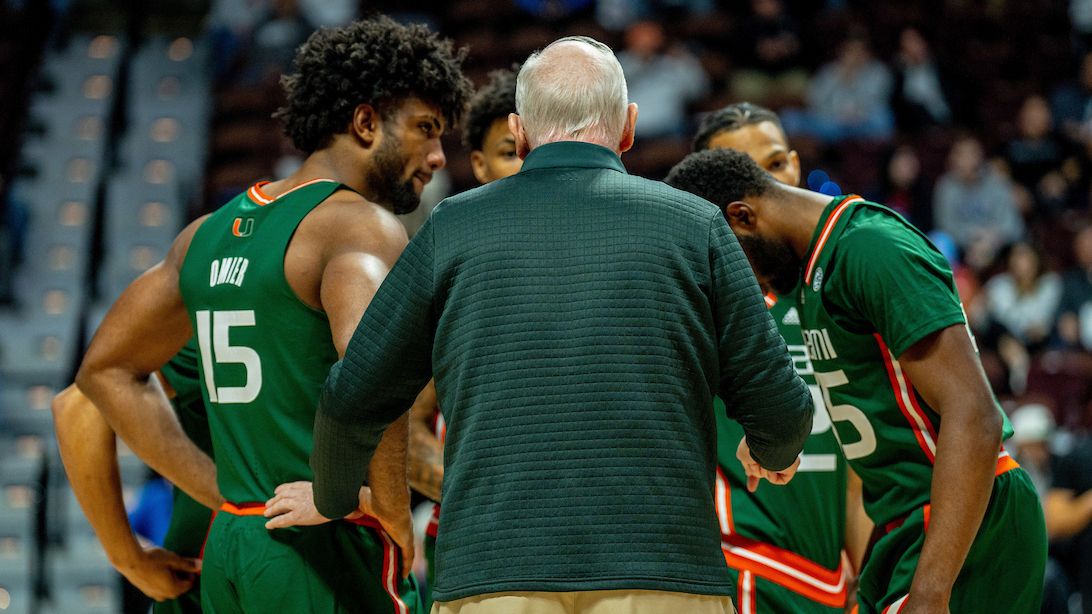 MBB Rises to No. 12 National Polls

CORAL GABLES, Fla. – The University of Miami men’s basketball team continued its climb up the national rankings Monday, earning the No. 12 position in both the Associated Press Top 25 Poll and the USA TODAY Sports Coaches Poll.

The ascent—two spots in the AP Poll and four in the Coaches Poll—comes after Miami (13-1, 4-0 ACC) registered a 76-65 triumph Friday afternoon against Notre Dame. It marked the Hurricanes’ seventh straight conference road win, tying the program record regardless of league affiliation.

Miami’s No. 12 AP ranking is its highest since placing sixth on Dec. 18, 2017, while its No. 12 spot in the Coaches Poll is its best mark since coming in at seventh on the same date.

The Hurricanes open the 2023 calendar year Wednesday at 7 p.m. when they square off with Georgia Tech at McCamish Pavilion in Atlanta, live on RSN. 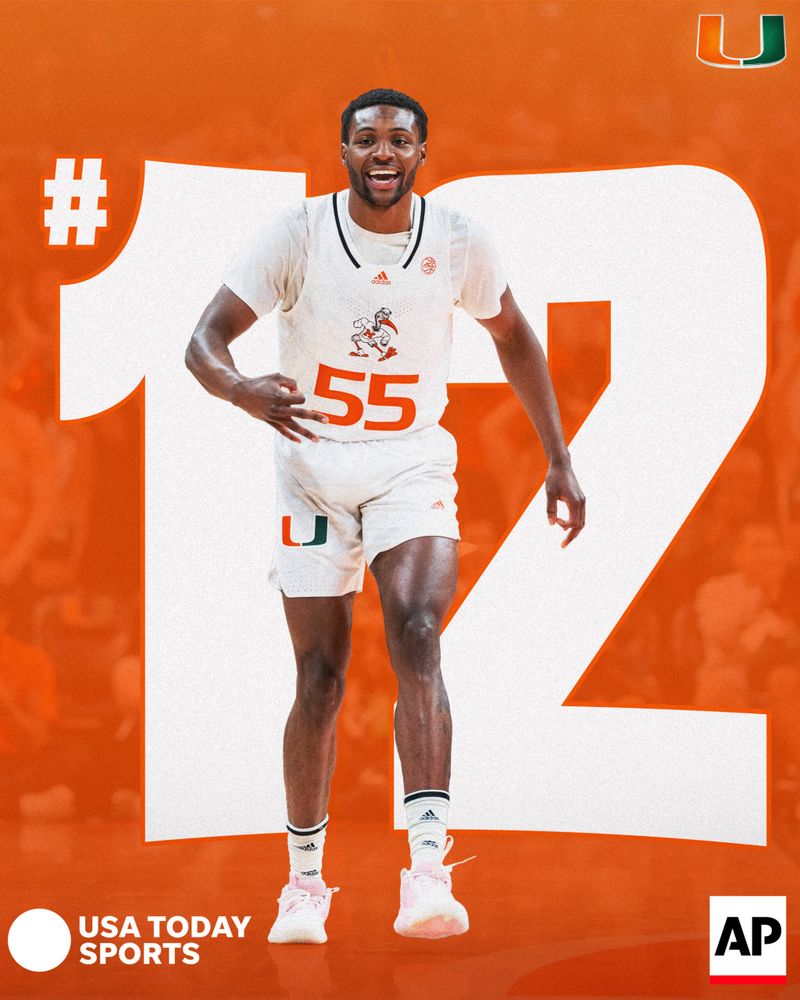