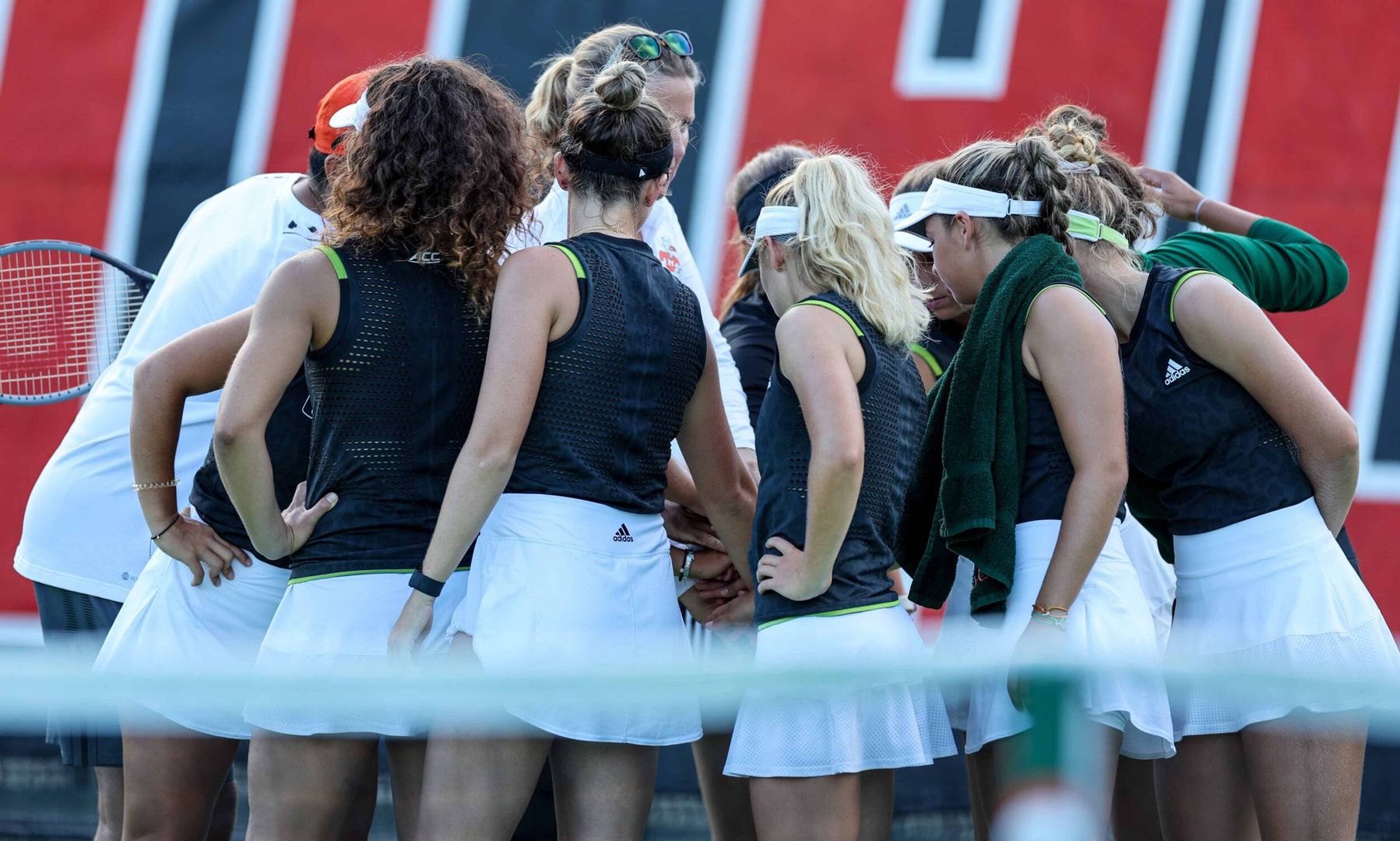 The Hurricanes will play at least 19 dual matches during the regular season, including 10 on their home court, as well as host an invitational Jan. 13-15 at the Neil Schiff Tennis Center to begin the slate.

“We’re excited to bounce right into competition with such a tough schedule,” Yaroshuk-Tews said. “We need to compete against the top teams right away, which is exactly what we’re going to do.”

Miami, as aforementioned, opens spring action Jan. 13-15 at home with the Miami Spring Invite. The strong field features three fellow premier programs in NC State, Texas and Vanderbilt. The Wolfpack are coming off back-to-back Elite Eight bids, including a 2021 Final Four berth, while the Longhorns are two-time defending national champions and the Commodores have made the NCAA semifinals in four of the last seven tournaments.

The Hurricanes’ first four dual matches are all at the Neil Schiff Tennis Center, beginning Jan. 24 at 2 p.m., against Florida Atlantic.

Miami then hosts ITA Kick-Off Weekend competition Jan. 28-29. It plays FIU at 11 a.m. the first day, with Iowa State and UCLA squaring off afterwards at 2 p.m. The losers meet the next day at 10 a.m., while the victors meet at 1 p.m., for a spot in the ITA National Team Indoor Championship.

Yaroshuk-Tews’ team starts the second month of the season with a Feb. 3 matchup against FGCU at noon to cap the homestand. It then, pending qualification, would head to Seattle for the prestigious ITA National Team Indoor Championship, set for Feb. 10-13.

The Hurricanes begin ACC play Feb. 24 at 4 p.m., against Boston College in Weymouth, Mass. They then visit Syracuse, N.Y., for their final match of the month, Feb. 26 at a to-be-determined time, to play Syracuse. 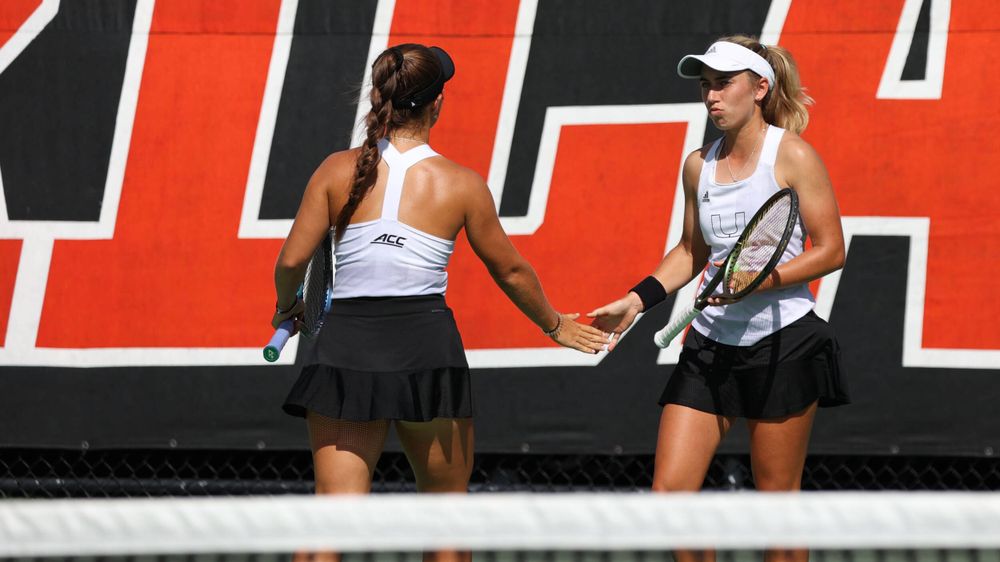 Miami continues play the next weekend with a pair of in-state road matches, first March 4 at 11 a.m., against UCF in Orlando, Fla., and then March 5 at noon versus Florida State in Tallahassee, Fla.

On its first ACC home weekend of the season, slated for March 10 and 12, Miami faces NC State and Wake Forest, respectively, at noon each day. It then heads to College Station, Texas, to take on Texas A&M in its non-conference finale, March 19 at 1 p.m. ET.

The Hurricanes return home for a March 24 matchup with Virginia at 1 p.m. and then meet Virginia Tech two days later, March 26, at noon. That is followed by a trip to the Research Triangle, where they play Duke and North Carolina back-to-back days, first March 31 at 2 p.m., in Durham, N.C., and then April 1 at 1 p.m., in Chapel Hill, N.C.

Miami concludes its regular season home slate the following weekend with an April 6 affair at noon against Louisville and an April 8 outing at noon versus Notre Dame. It then heads to Clemson, S.C., to play April 14 at 3 p.m., against Clemson.

Yaroshuk-Tews’ team ends the regular season April 16 at a to-be-determined time against Georgia Tech in Atlanta. It then visits the Peach State once again, with the ACC Championship set for April 19-23 at Rome Tennis Center at Berry College in Rome, Ga. 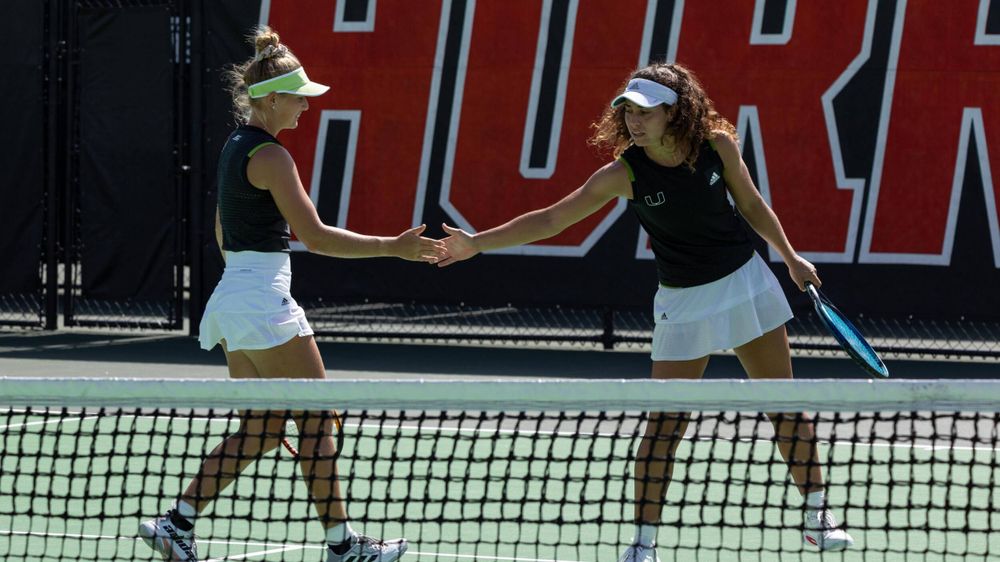 The Hurricanes are coming off a spectacular 2022 season during which they went 19-6 (10-3 ACC), reached the NCAA Team Championship Sweet 16 and finished ranked ninth nationally.