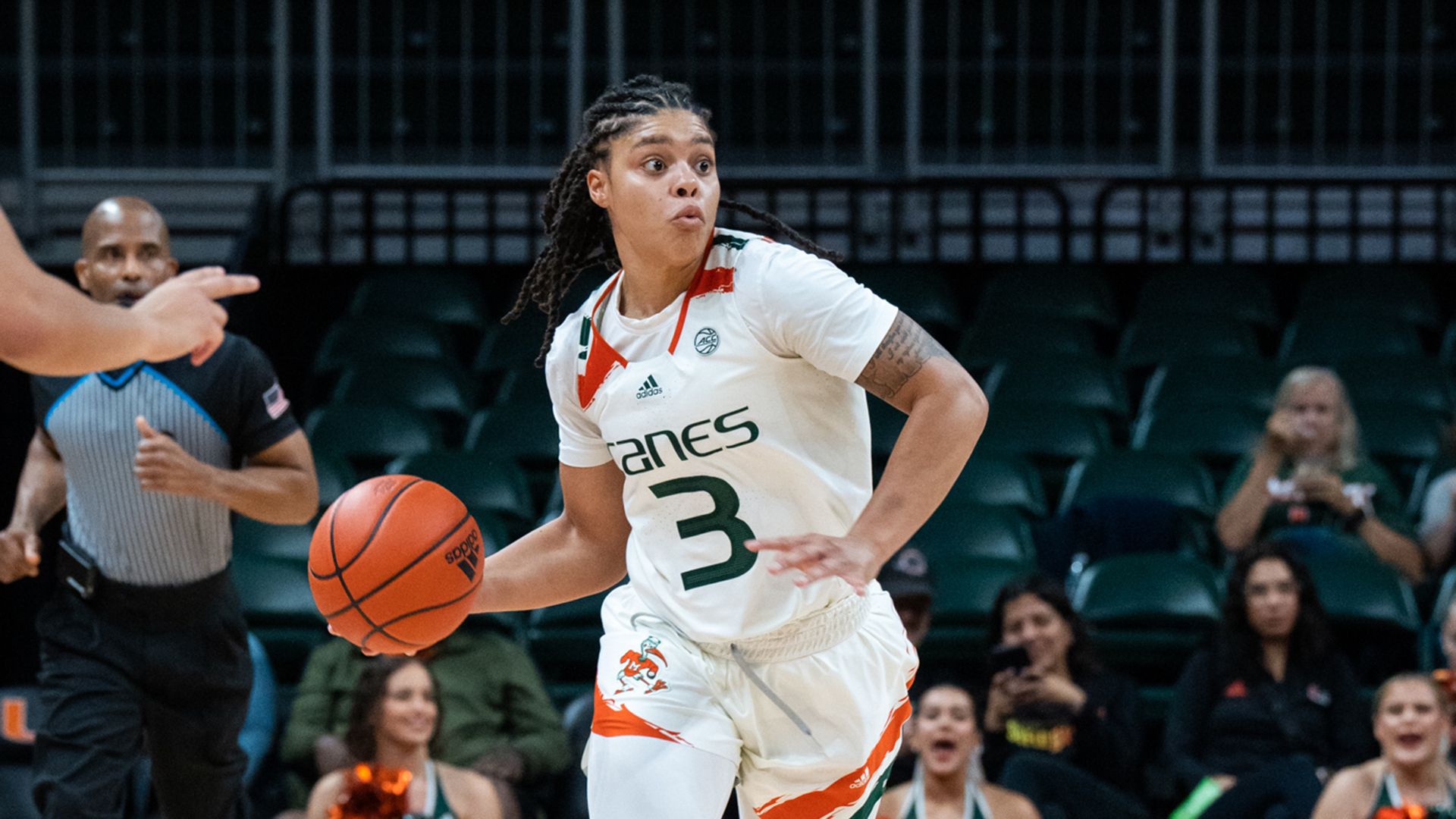 CORAL GABLES, Fla. – The University of Miami women’s basketball team battled the No. 5 Notre Dame Fighting Irish to the final buzzer, but ultimately came up just short, 63-66, Thursday night at the Watsco Center.

The Hurricanes (7-6, 0-2 ACC) rallied back from down 10 points at halftime thanks to a nine-point third quarter by graduate student Destiny Harden, but Notre Dame (11-1, 2-0 ACC) retook the lead in the fourth and narrowly left Coral Gables, Fla., with the three-point victory.

“Notre Dame is a special team and they had to make the extra pass to beat us,” head coach Katie Meier. “We’re there. We’re not going to doubt ourselves. We were disruptive and got the looks we wanted and I am proud of our team.”

Harden finished the night with 12 points, nine rebounds and five steals and was joined in double-figures by senior Haley Cavinder and sophomore Lashae Dwyer who totaled 12 and 10 points, respectively.

The Fighting Irish got off to a hot start on offense, knocking down 57 percent of their shots in the first quarter to take a 21-13 lead after the first 10 minutes. Eight different Hurricanes recorded a bucket in the first half, paced by sophomore Jasmyne Roberts who totaled six first-half points.

Trailing by 10 coming out of the locker room, Harden ignited the Hurricanes’ offense in the third quarter, scoring the first five points of the frame to pull Miami to within five. Dwyer picked up where Harden left off, scoring seven straight points to put the Hurricanes ahead, 53-51.

Notre Dame responded with a layup in the final minute of the quarter to tie the game at 53 heading into the final 10 minutes.

The Hurricanes and the Fighting Irish traded buckets in the fourth quarter with neither team taking more than a three-point lead the entire frame. Notre Dame ultimately regained the lead on a pair of layups in the final three minutes and maintained its three-point lead to the end.

Miami rings in the New Year in Pittsburgh, Pa., taking on the Pittsburgh Panthers at 2 p.m. in the Petersen Events Center. The game will air on ACC Network Extra.