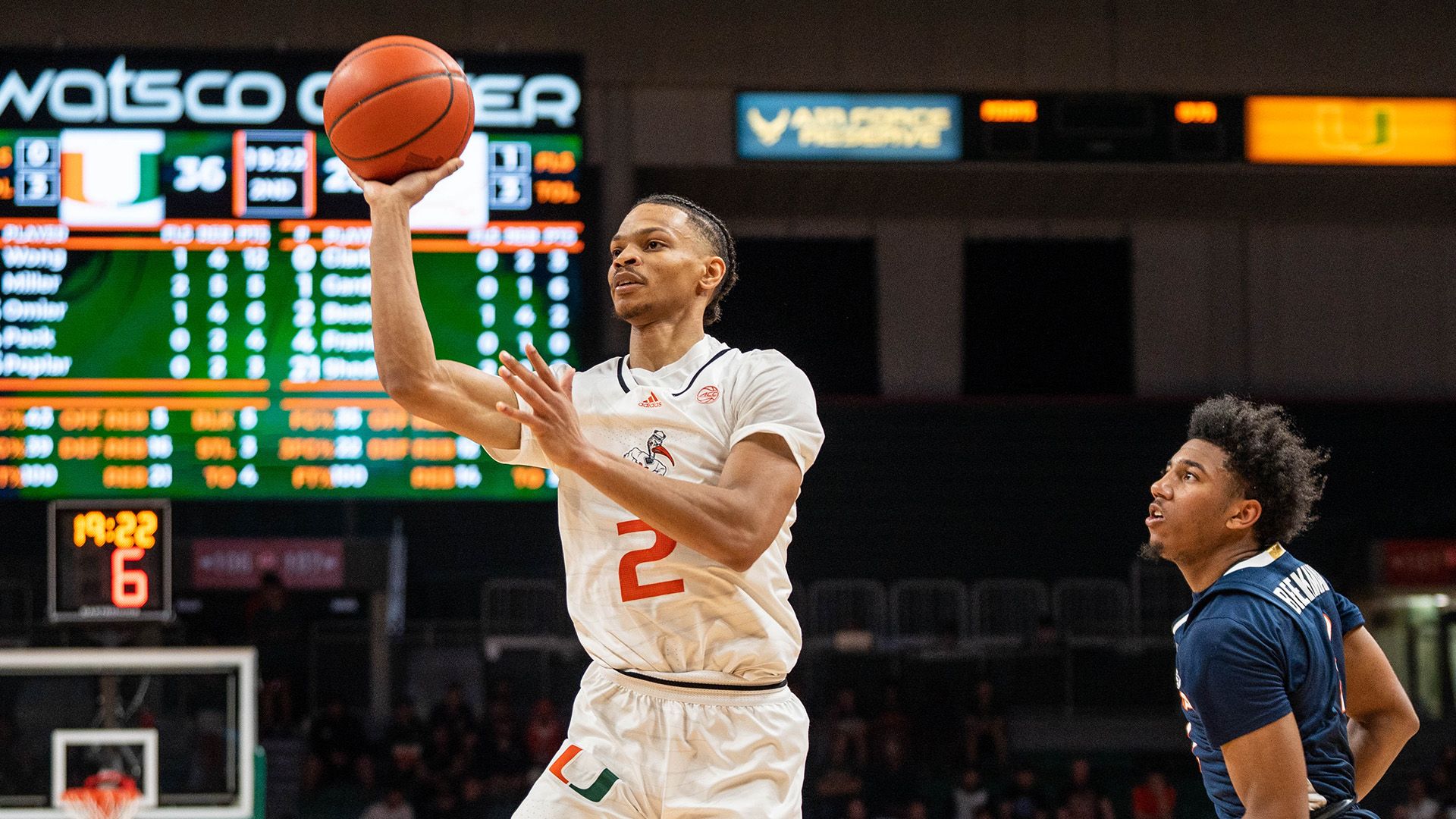 CORAL GABLES, Fla. – Isaiah Wong  of the University of Miami men’s basketball is the ACC Player of the Week for the second time this month, as announced Tuesday afternoon by the league office.

Wong, who was also named ACC Player of the Week on December 12, led Miami to a 66-64 win over then-sixth-ranked Virginia last week.

A fourth-year junior guard, Wong scored 24 points and added six rebounds and five assists in the win over the Wahoos. Wong, whose 24 points marked a game high, became the first Hurricane to post four straight 20-point games since Jack McClinton did so in January 2009.

The New Jersey native forced a turnover on the final play to deny Virginia a game-tying shot at the Watsco Center as the game clock expired. Wong became the second high-major player in the last decade to record four straight games with at least 20 points, five rebounds and five assists. He finished 7-for-13 from the field, 2-of-3 from 3-point range and 8-of-9 from the free throw line in the victory. 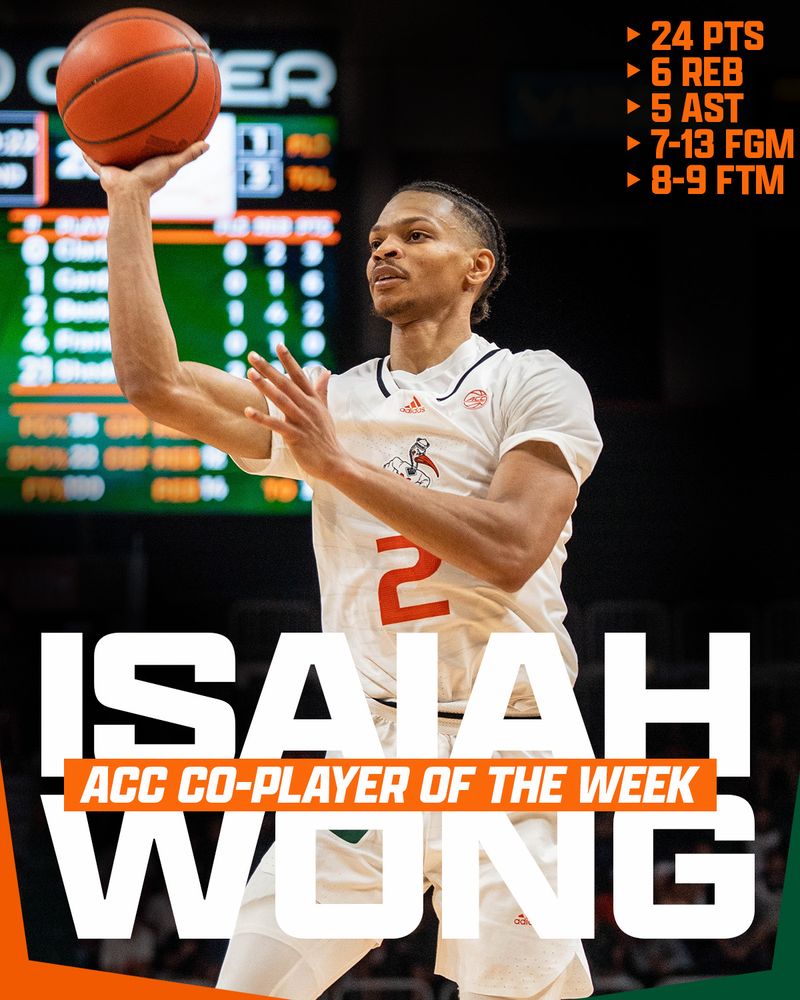 With his selection, Wong became the fourth Hurricane in program history to win ACC Player of the Week multiple times, joining McClinton, Durand Scott and Kam McGusty. He became the second Hurricane to win two awards in the same season, alongside only Scott, who did so in 2012-13.

Wong and the Hurricanes, ranked No. 14 nationally, resume play Friday at Notre Dame at 2 p.m. on ACC Network; Miami’s scheduled Dec. 28 home matchup against Vermont was cancelled due to weather-related travel issues.