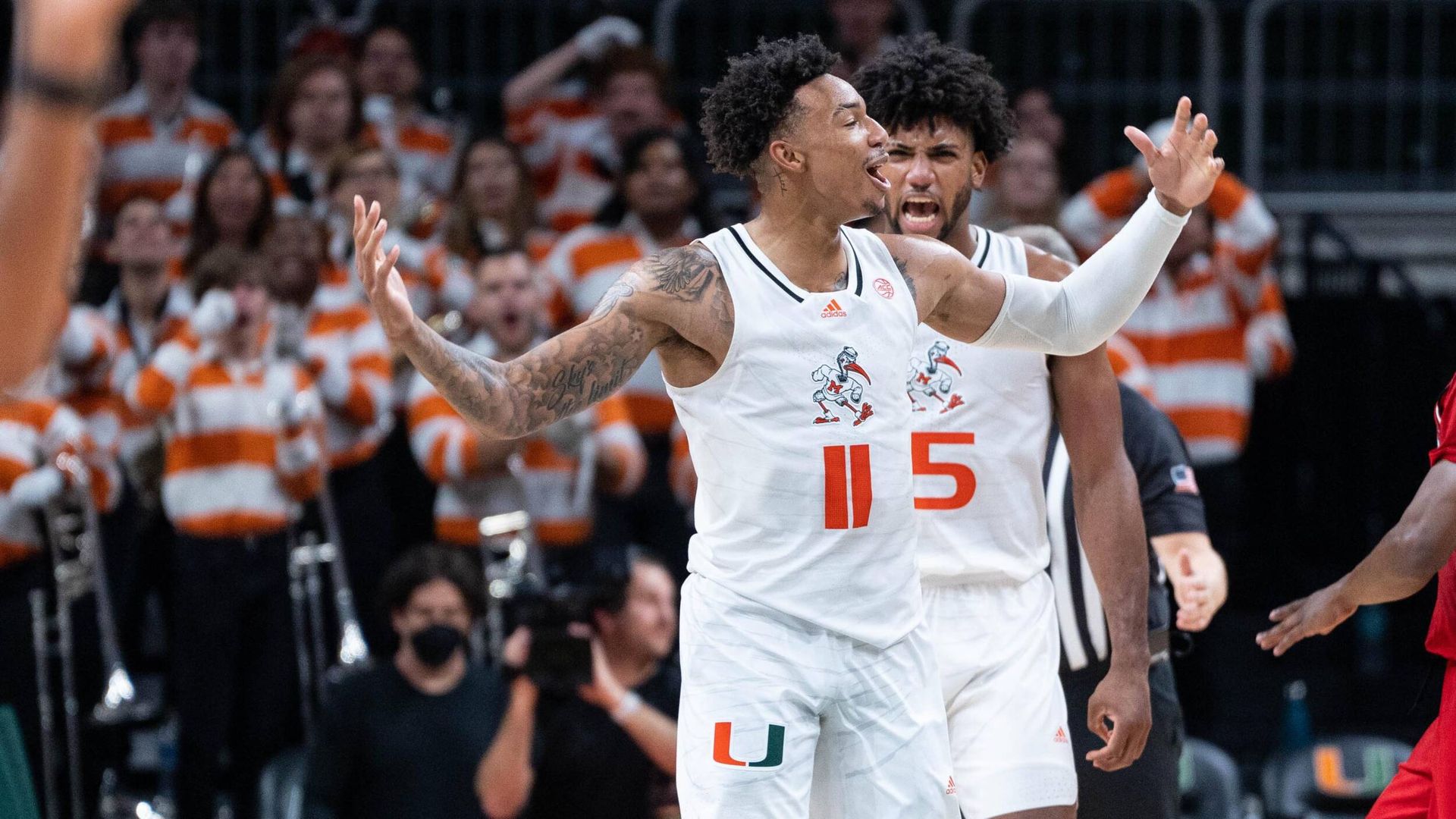 CORAL GABLES, Fla. – The University of Miami men’s basketball team jumped eight spots to No. 14 in the Associated Press Top 25 Poll this week.

In addition, the Hurricanes moved up six places to No. 16 in the USA TODAY Sports Coaches Poll.

Miami resumes action Wednesday at 8 p.m. with its non-conference finale against Vermont, live on ACC Network from the Watsco Center. 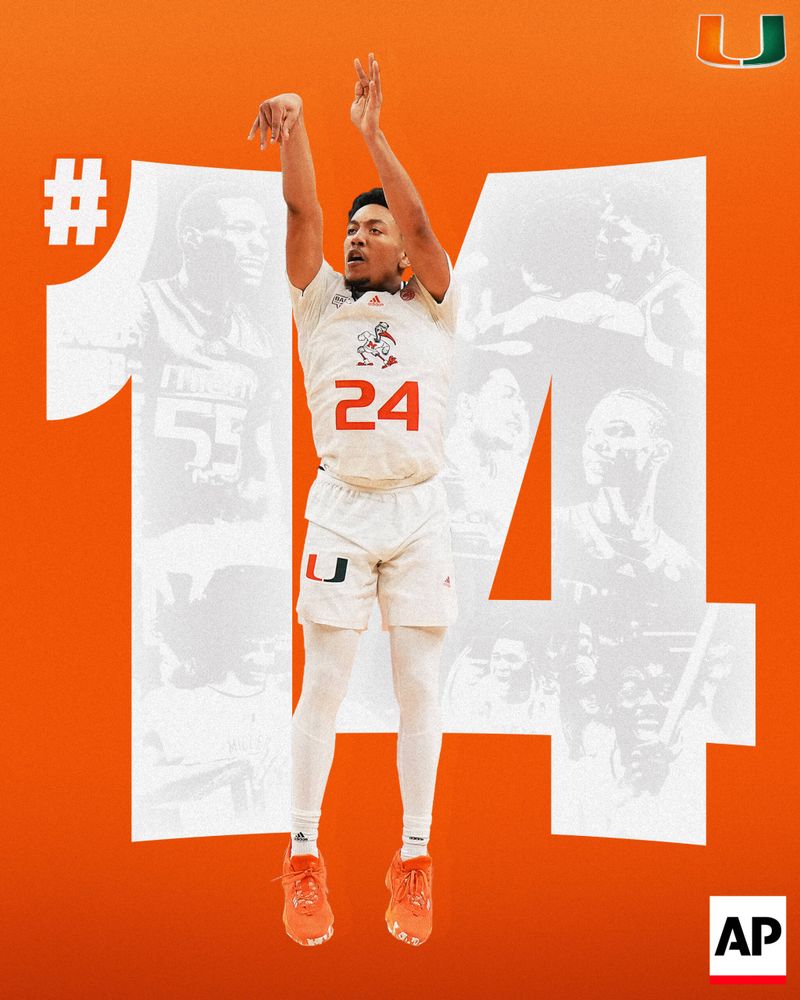