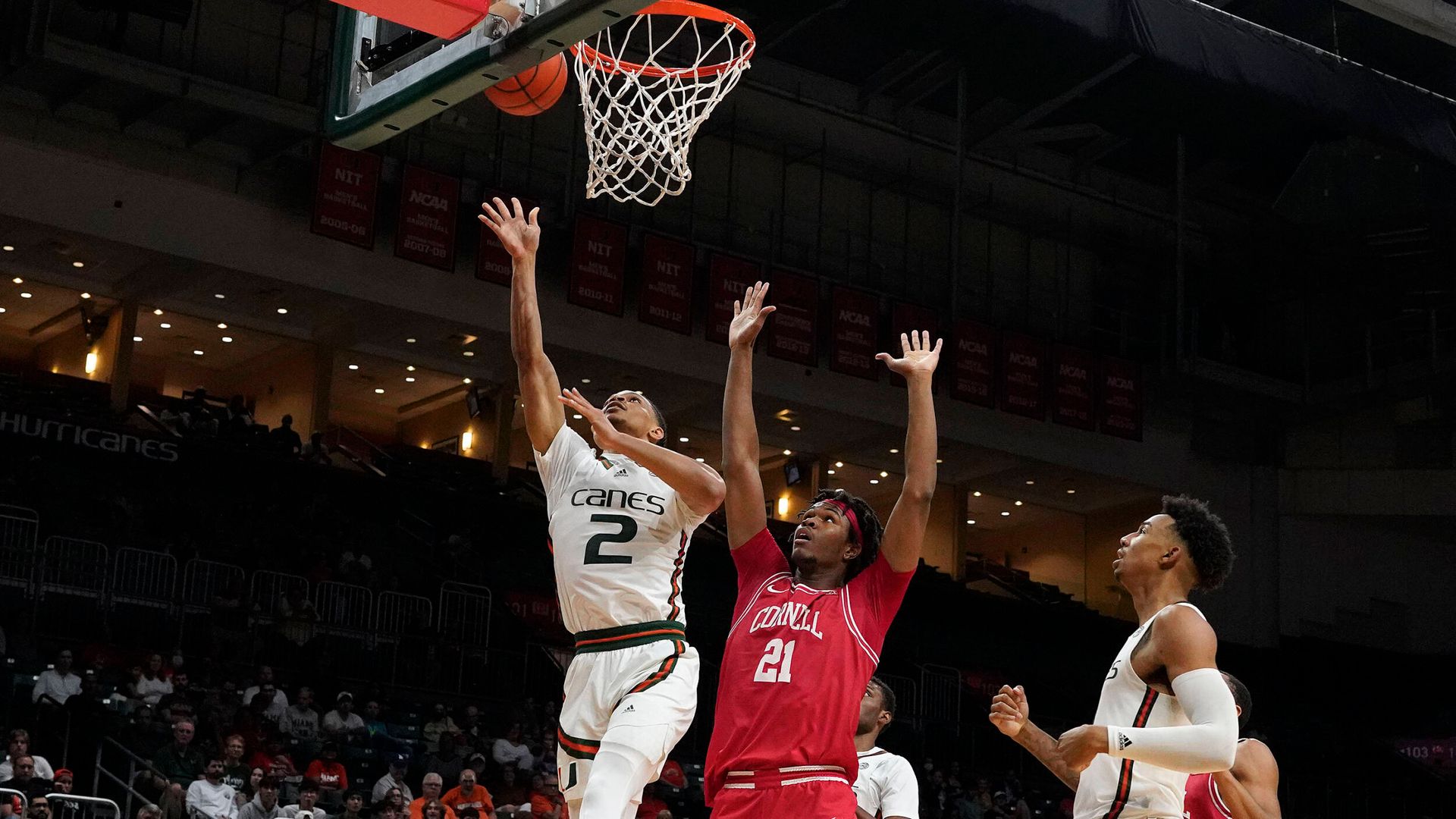 CORAL GABLES, Fla. – Isaiah Wong of the University of Miami men’s basketball is the Oscar Robertson National Player of the Week, as announced Tuesday afternoon by the U.S. Basketball Writers Association (USBWA).

A fourth-year junior guard, Wong is the second Hurricane to claim a USBWA weekly honor—the distinction began during the 2009-10 season—and the first since Shane Larkin on Feb. 5, 2013. He is also the sixth ACC player in the last six seasons (2017-present) to win the accolade and the first since North Carolina’s Armando Bacot on Jan. 18, 2022. 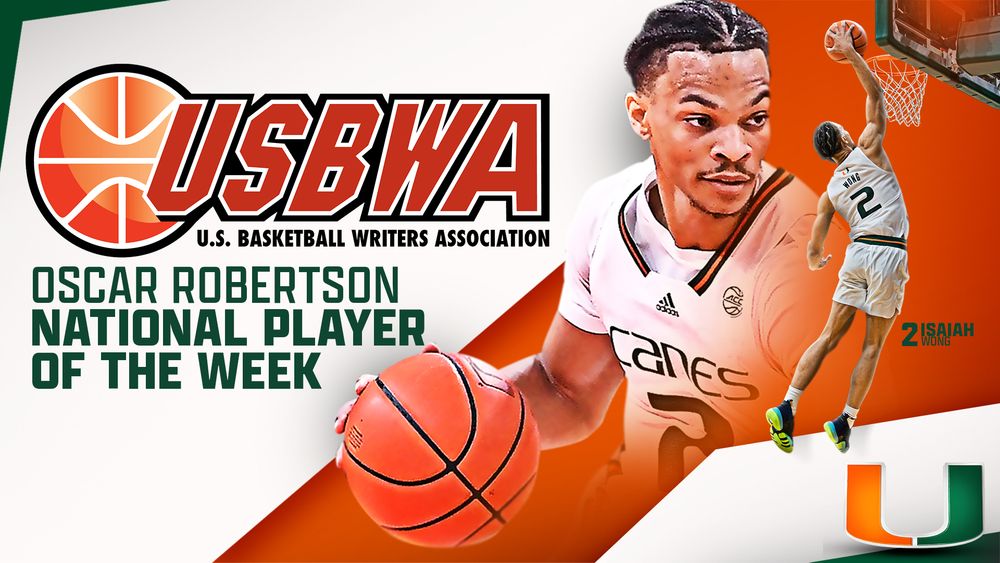 The Piscataway, N.J., native opened the week with a career-high 36 points on 11-of-17 shooting in the 107-105 victory Wednesday over Cornell. It marked the highest total by Hurricane since Jack McClinton posted 38 on March 21, 2008.

Three days later, Wong recorded 22 points and a career-best eight assists to help the Hurricanes come back from a 16-point deficit to beat NC State, 80-73, in their ACC home opener. 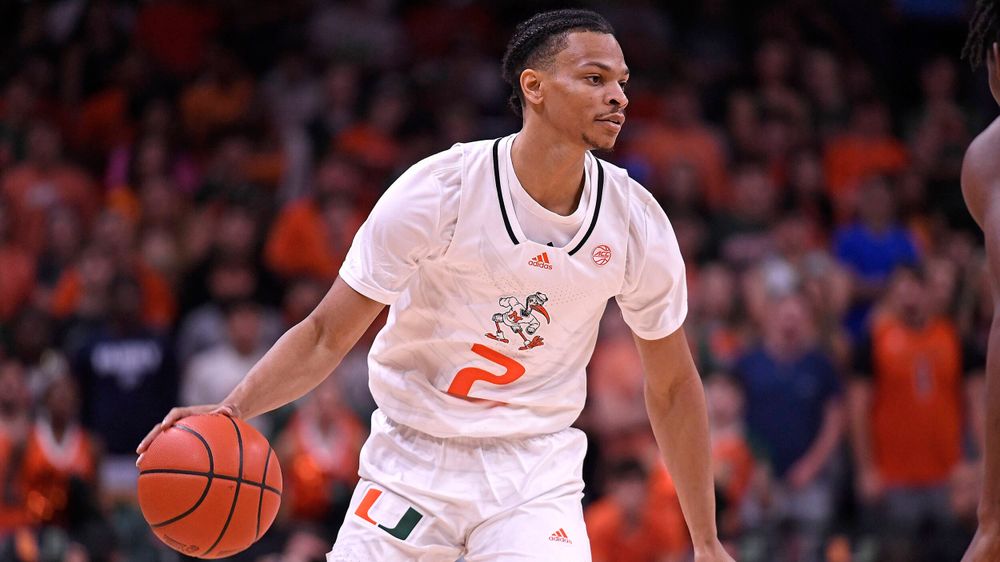