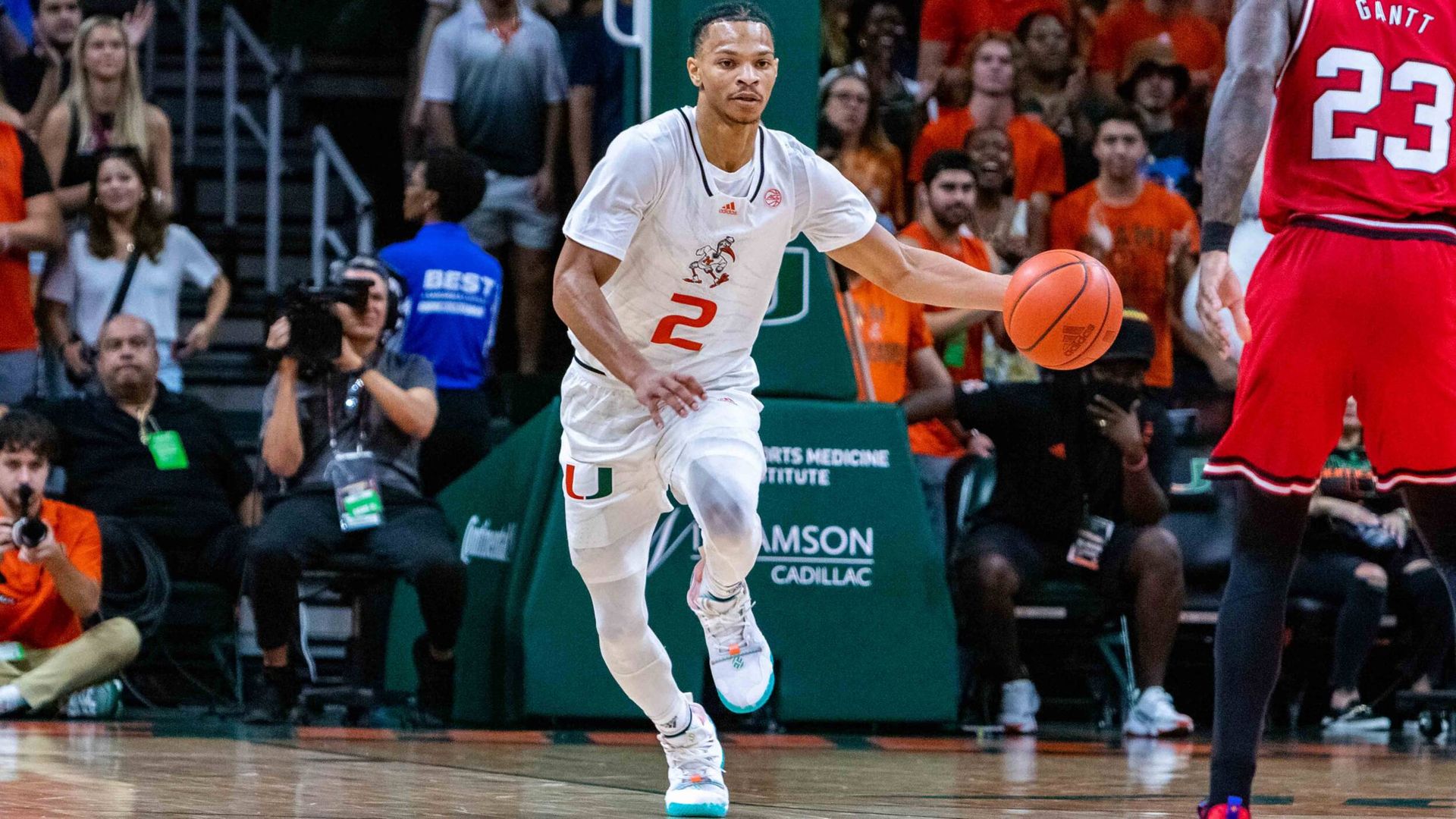 Wong Earns ACC and National Player of the Week Accolades

CORAL GABLES, Fla. – Isaiah Wong of the University of Miami men’s basketball is the ACC Player of the Week, as announced Monday afternoon by the league office. 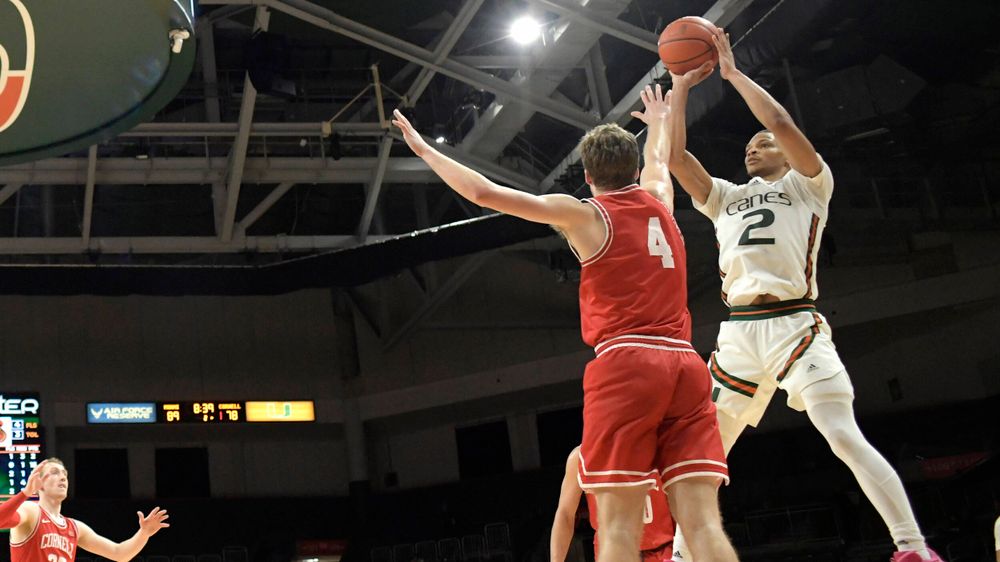 Wong tallied a career-high 36 points, the most by a Power Six conference player this year and highest total by a Hurricane in 15 seasons, in the 107-105 victory Wednesday over Cornell. He added seven rebounds and six assists, while shooting 11-of-17 overall, 5-of-8 from deep and a perfect 9-of-9 at the line.

The Piscataway, N.J., native followed that outing by posting 22 points, five rebounds and a career-best eight assists three days later in an 80-73 triumph over NC State, helping Miami (10-1, 2-0 ACC) rally from a 16-point deficit. He shot 8-of-13 from the field and committed zero turnovers. 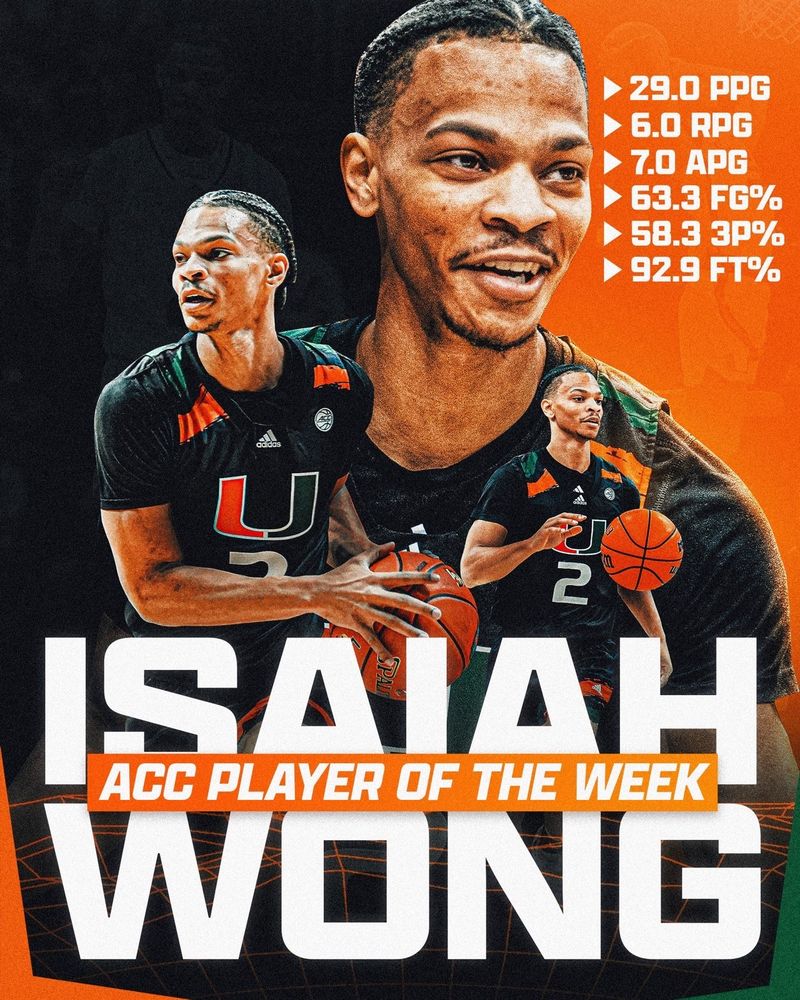 Wong and the Hurricanes, ranked No. 25 nationally, resume play Saturday at noon against St. Francis (PA), live on RSN from the Watsco Center.