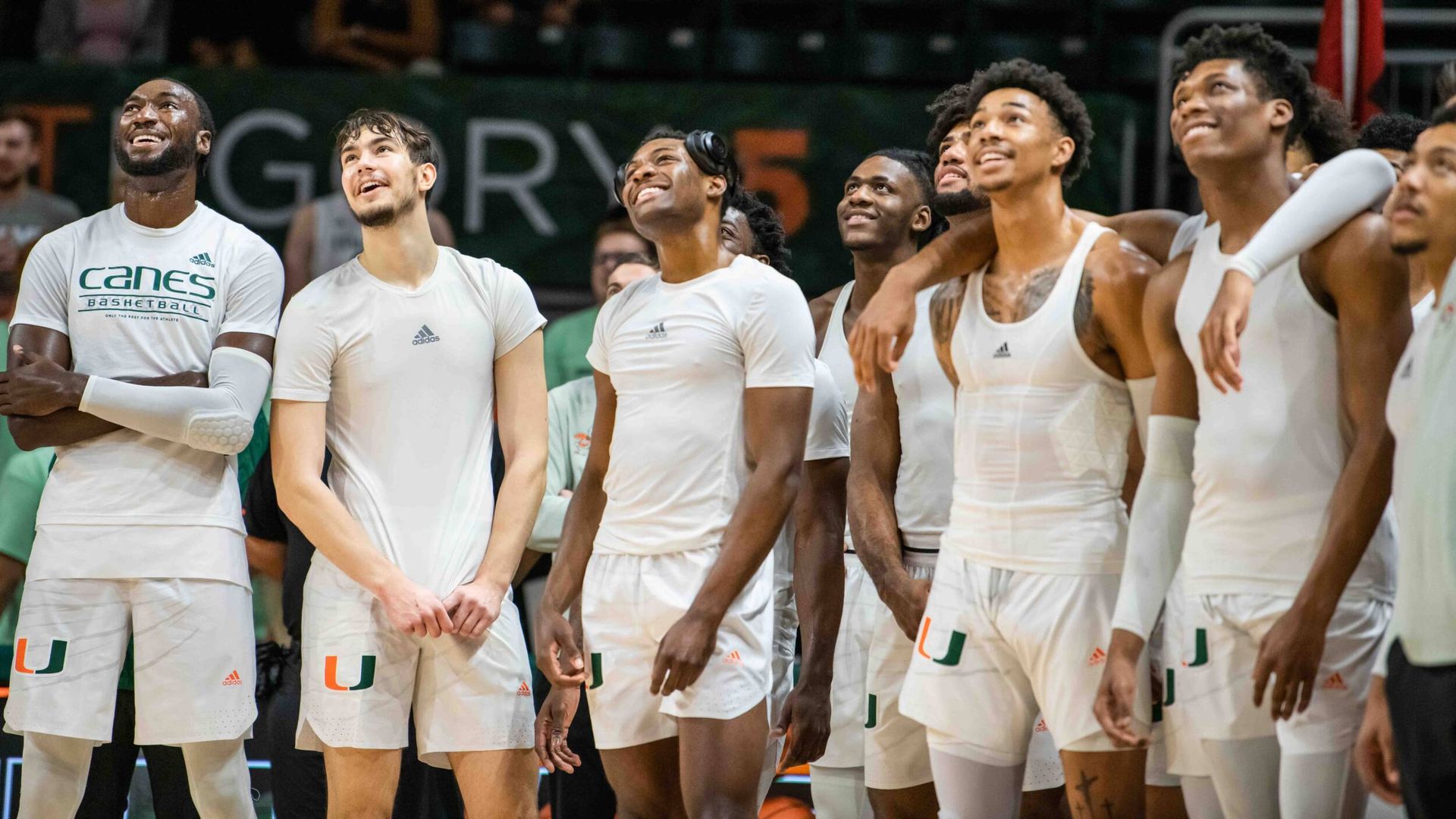 CORAL GABLES, Fla. – For the first time since March 2018, the University of Miami men’s basketball team has an in-season top-25 ranking.

The Hurricanes check in at No. 25 in both the Associated Press Top 25 Poll and in the USA TODAY Sports Coaches Poll.

The Hurricanes were last ranked in the Coaches Poll at the end of the 2021-22 season following their run to the Elite Eight. 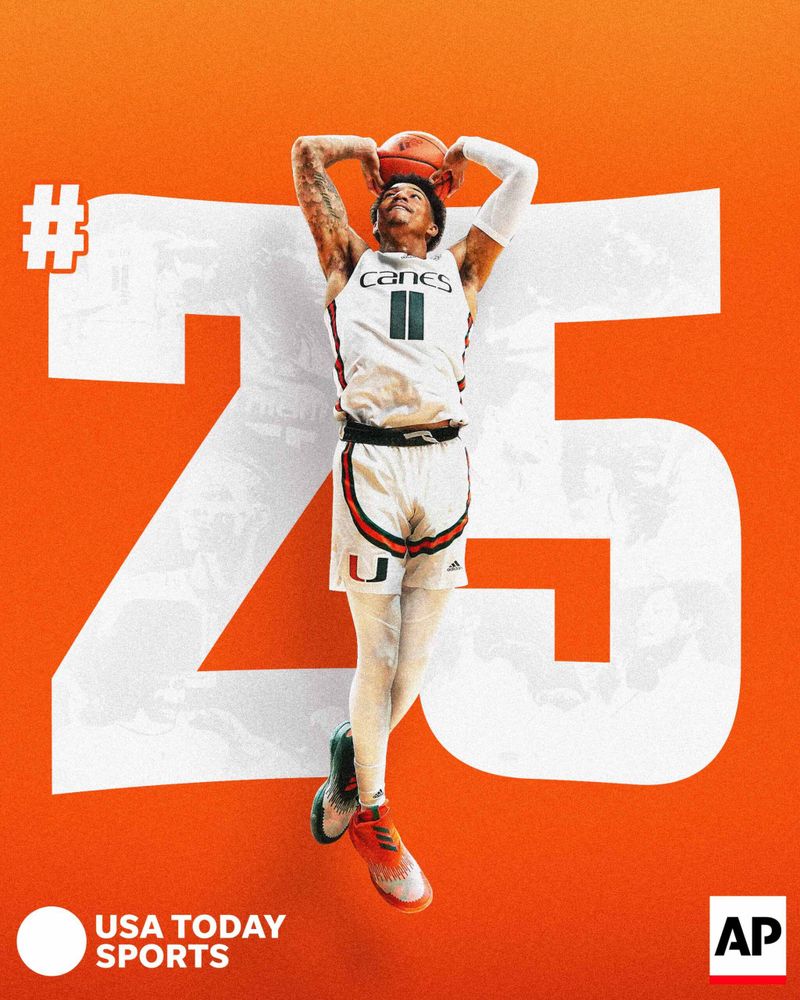 The program’s last in-season ranking came on March 12, 2018, when they placed No. 22 in the AP Poll and No. 25 in the Coaches Poll entering that season’s NCAA Tournament. That was also the last time Miami earned a spot in the AP Poll.

The Hurricanes are back in play Saturday at noon when they host St. Francis (PA) in the Watsco Center, live on RSN. 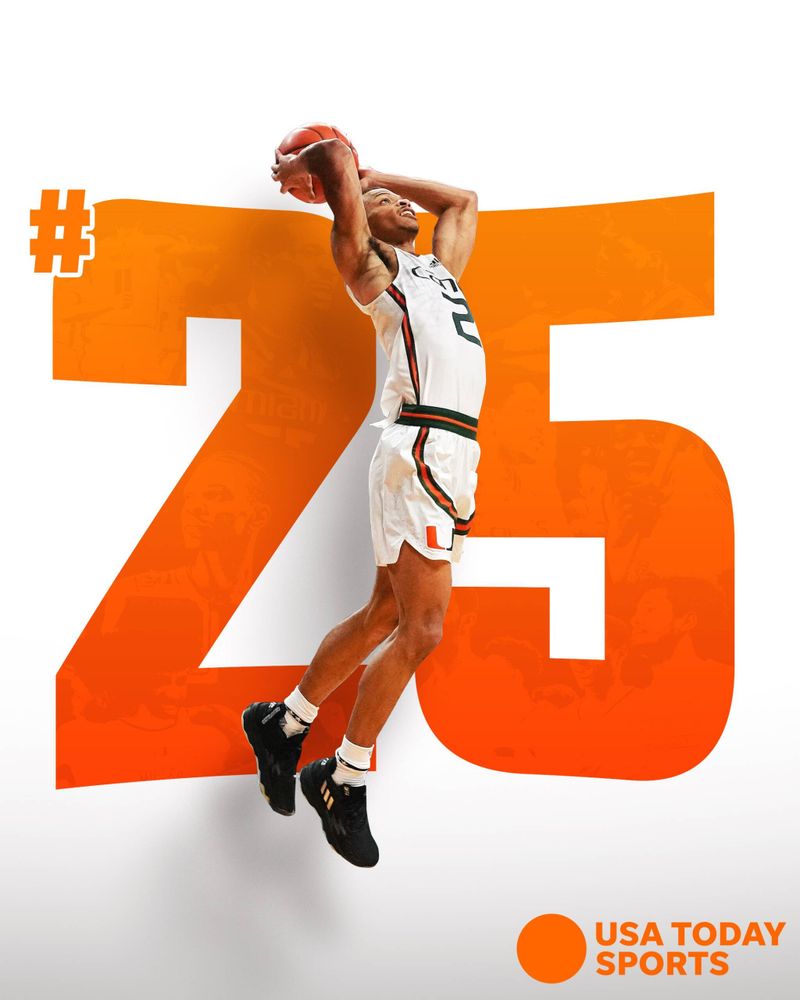