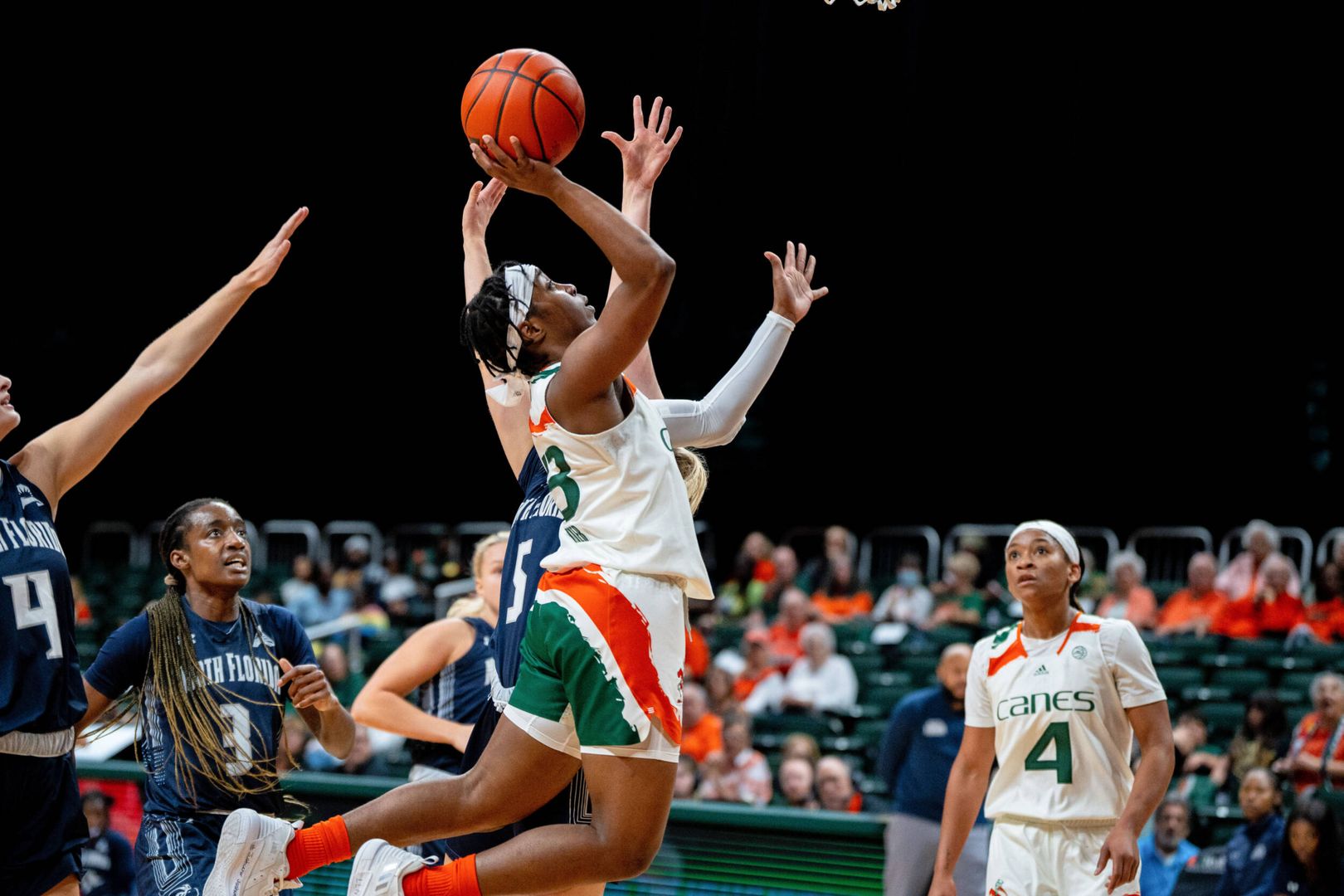 “Our bench came in and produced for us. Fifteen assists and 51 points came off the bench,” head coach Katie Meier said. “Lashae is taking command and really understanding that she can be an incredible impact player not only on this team, but also in the ACC.”

As a team, Miami (7-3) recorded an assist on 21 of its 31 made baskets, eclipsing the 20-assist plateau for the second time this season. On defense, Miami totaled 15 steals, marking the first time since Dec. 18, 2018, that the Hurricanes recorded 20-plus assists and 15-plus steals in the same game.

The 3-pointers were falling on Sunday as the Hurricanes poured in a season-high 12 threes. Eight Hurricanes tallied a 3-pointer in the game and four recorded two or more.

The Miami offense started slow, but it closed the first quarter on a 9-0 run to carry momentum into the second frame. The three-ball came alive for Miami in the second quarter as the Hurricanes went 4-of-8 from beyond the arc to extend their lead into double-digits.

Dwyer and graduate student Destiny Harden combined for 15 points in the second quarter and missed just one shot between the two of them. As a team, Miami used a 51.5 percent shooting effort to take a commanding 45-23 lead into halftime.

Senior Kenza Salgues found her rhythm from beyond the arc in the third quarter, knocking down a pair of 3-pointers to anchor Miami’s offense. Senior Hanna Cavinder added five points of her own to put Miami ahead, 60-32, heading into the final 10 minutes.

Six Hurricanes recorded a bucket in the fourth quarter, led by Dwyer, who knocked down 3-of-4 from the field, tallying seven of her 20 points in the final 10 minutes. 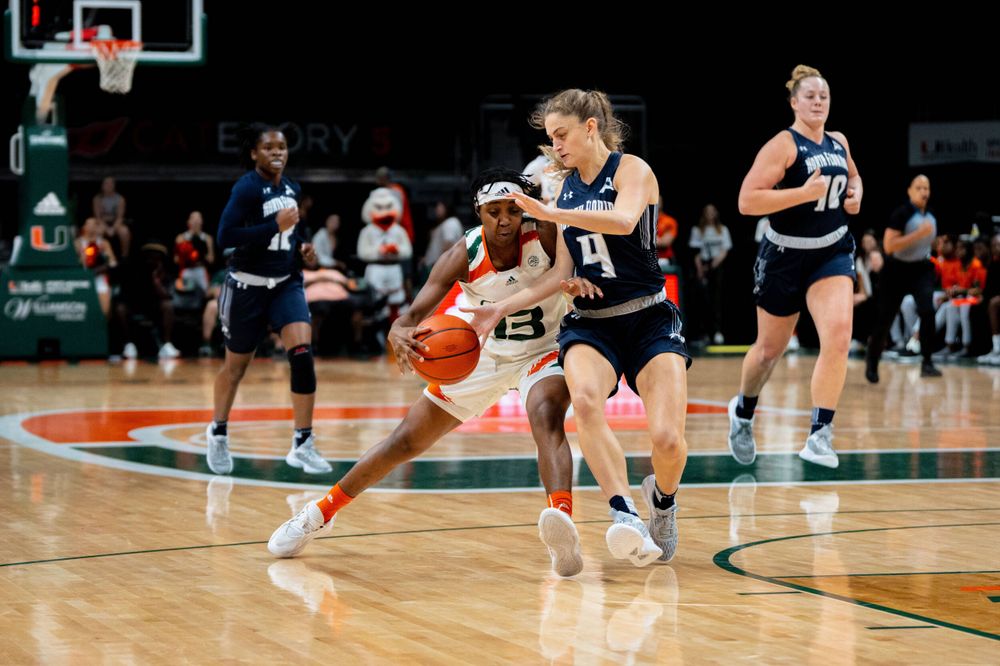 “It has been quite the gauntlet over the last month because you have to get these games in when you can,” Meier said. “We have a lot to work on this week and some skill work to clean up before facing Florida on Sunday.”

Miami renews its rivalry with the Florida Gators on Sunday, Dec. 11 when they face off for the first time since 2010. The game is set to tipoff at 4 p.m. in Coral Gables, Fla., and will air on ACC Network.