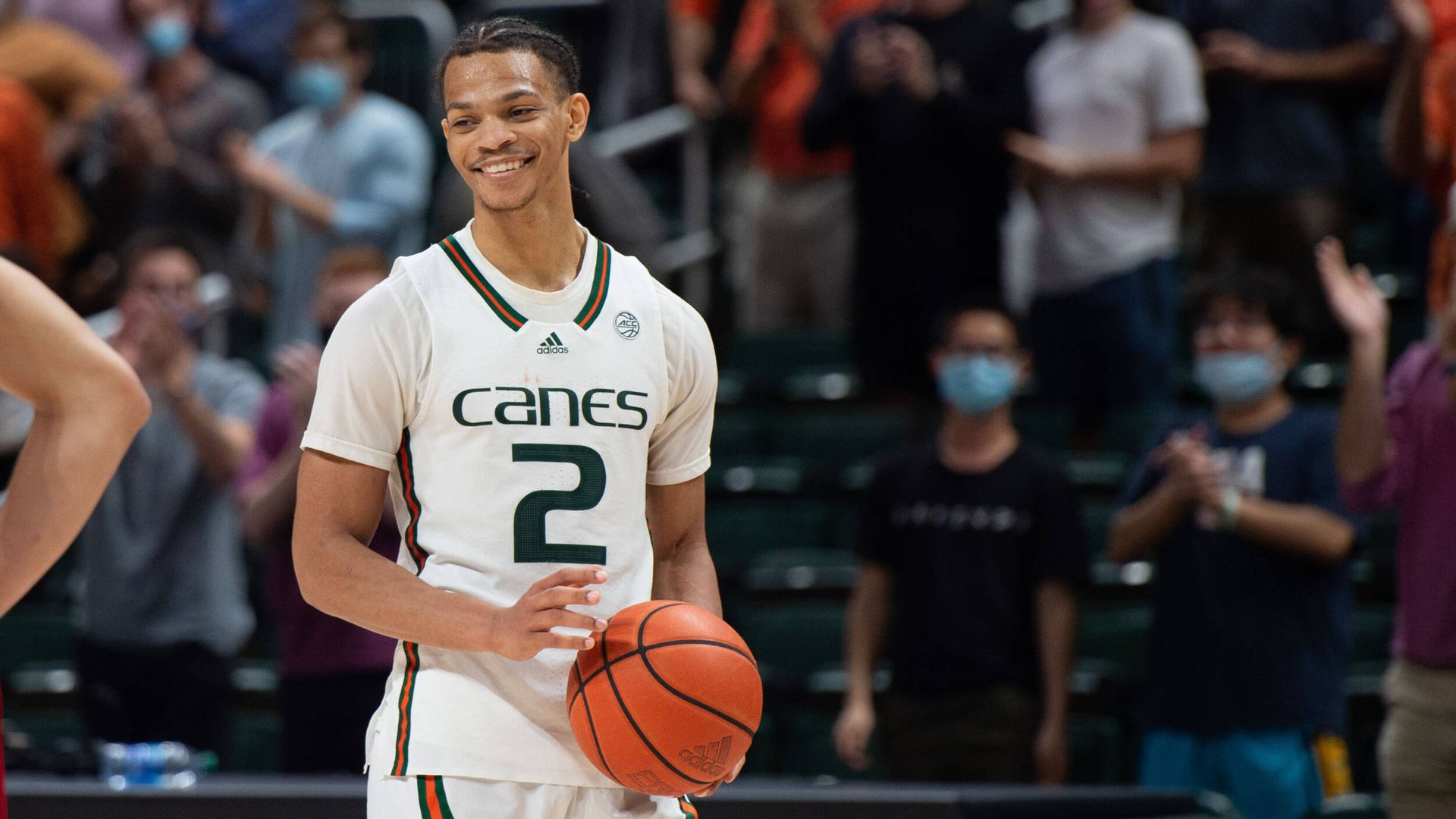 Wong Among 20 on NABC Player of the Year Watch List

CORAL GABLES, Fla. – Isaiah Wong of the University of Miami men’s basketball team is on the prestigious NABC Player of the Year Watch List, as announced Thursday afternoon.

The elite group includes just 20 of the top players in the nation entering the 2022-23 campaign. Wong is one of four ACC selections, including the only one who does not attend North Carolina.

A Preseason First Team All-ACC selection and Jerry West Award Watch List choice, Wong is coming off a superb 2021-22 season in which he averaged 15.3 points per game. The 6-foot-4, 184-pounder claimed Third Team All-ACC status for the second straight season.

Wong, who hails from Piscataway, N.J., owns 1,268 points in his Hurricane career, already No. 23 in program history through just three seasons. He is one of two Division I players to average 15.0 points, 4.0 rebounds and 2.0 assists with fewer than 2.0 turnovers per game in each of the past two years, alongside Baylor Scheierman. 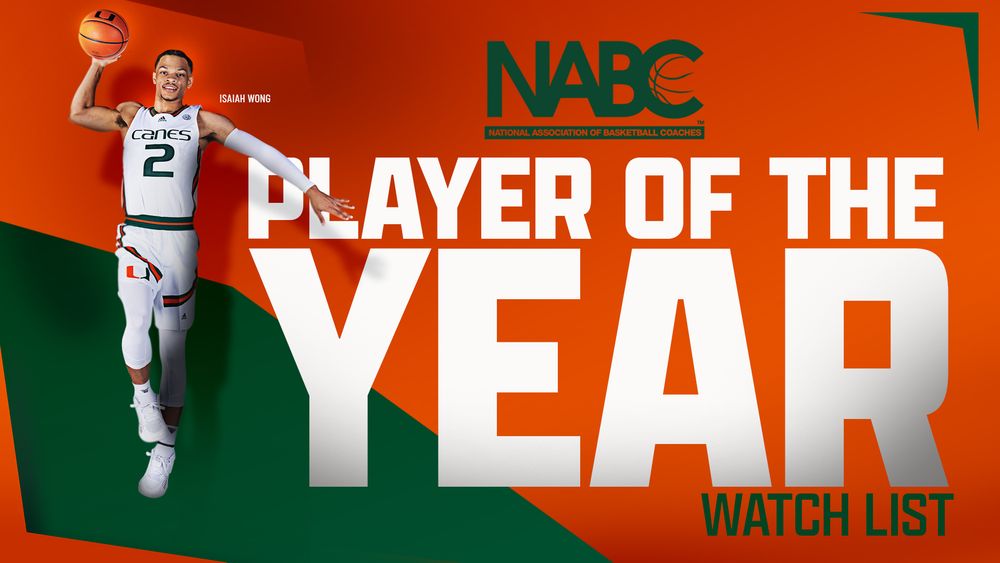 The 2023 NABC Player of the Year, selected by a vote of Division I head coaches, will be announced the week of the 2023 Men’s Final Four in Houston.

Wong and the Hurricanes start the 2022-23 regular season Monday at 7:30 p.m. versus Lafayette at the Watsco Center.