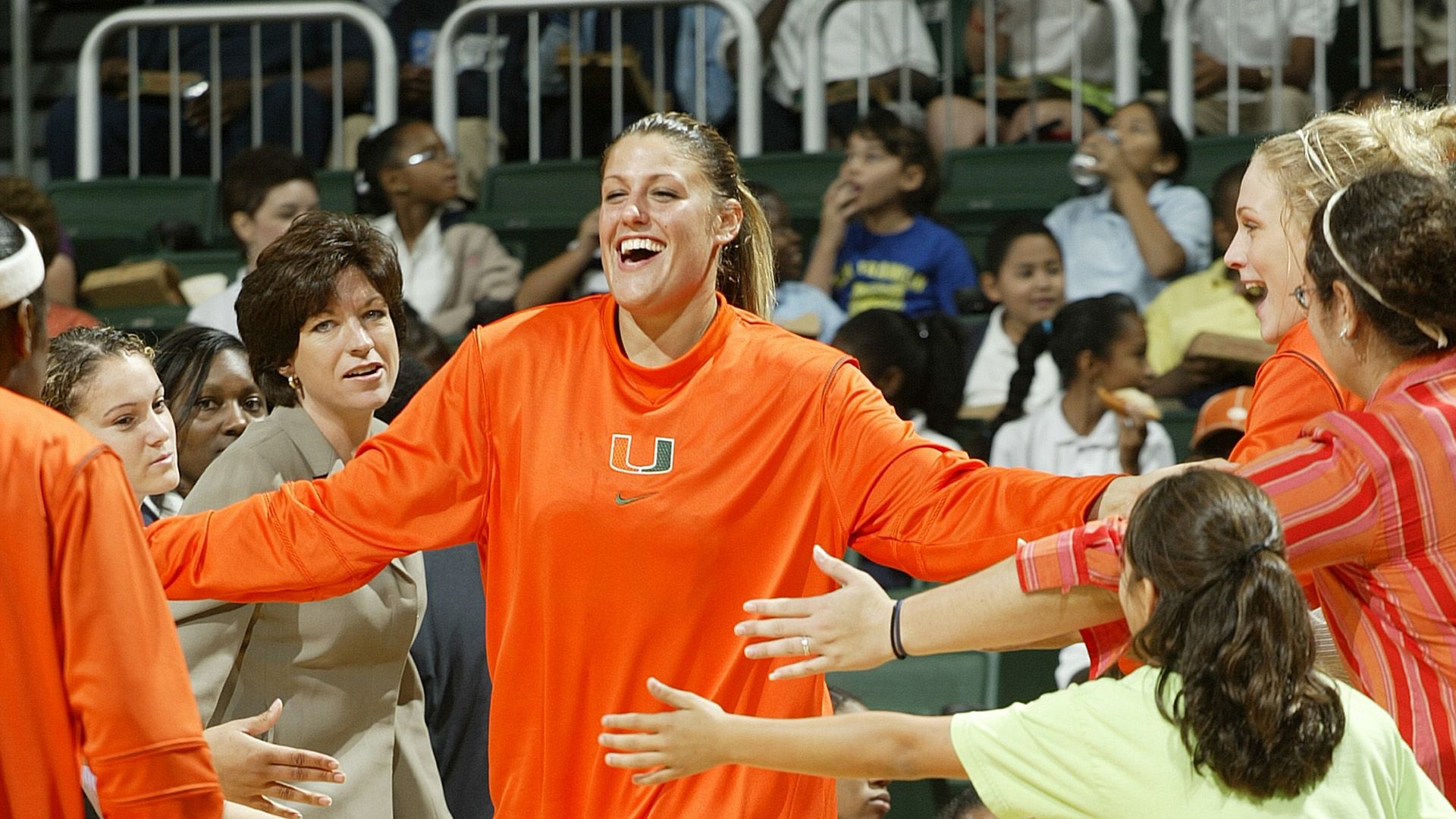 CORAL GABLES, Fla. – University of Miami alumna Amy Audibert has been named the new radio analyst and television studio analyst for the Miami HEAT, as announced today by the organization.

Audibert played for the Hurricanes from 2003-07, serving as a team captain and earning a spot on the ACC All-Academic Team. Audibert played in 80 games during her Miami career and started 21 of 29 games played during her senior season.

“I am absolutely thrilled to join the Miami HEAT,” said Audibert about the opportunity. “After already fulfilling a basketball dream in suiting up for the Miami Hurricanes, returning to Miami to cover the game that I love so much at the highest level is truly a full circle story. I am so excited to continue a career with an organization that is committed to the excellence required to be a championship contender each year!”

Most recently, Audibert served as a courtside reporter and analyst for the Toronto Raptors on Sportsnet. Prior to Toronto, the Niagara Falls, Ontario, native worked as a commentator for the Atlanta Dream and the University of Buffalo men’s and women’s basketball teams. She has also called games for CBS Sports, NBATV, ESPN+, ACC Network Extra and Raycom Sports.

I am so proud of Amy. She has been focused and relentless in her pursuit of this career,” head coach Katie Meier said. “She has climbed the ladder in a very diligent way, and it is great to have her back home in Miami.”

Audibert will make her season debut as the studio analyst during the HEAT Live pregame show, which airs on Bally Sports Sun, just prior to tonight’s Raptors vs. HEAT game. She will then join Jason Jackson on the call for the radio broadcast heard on WQAM and all across the member stations of the Miami HEAT Radio Network. Audibert will work all home radio games and HEAT Live pre and postgame shows with Jason Jackson and will be paired with Will Manso as the studio analyst in Fort Lauderdale for the Bally Sports pre, half and postgame shows for HEAT road games.