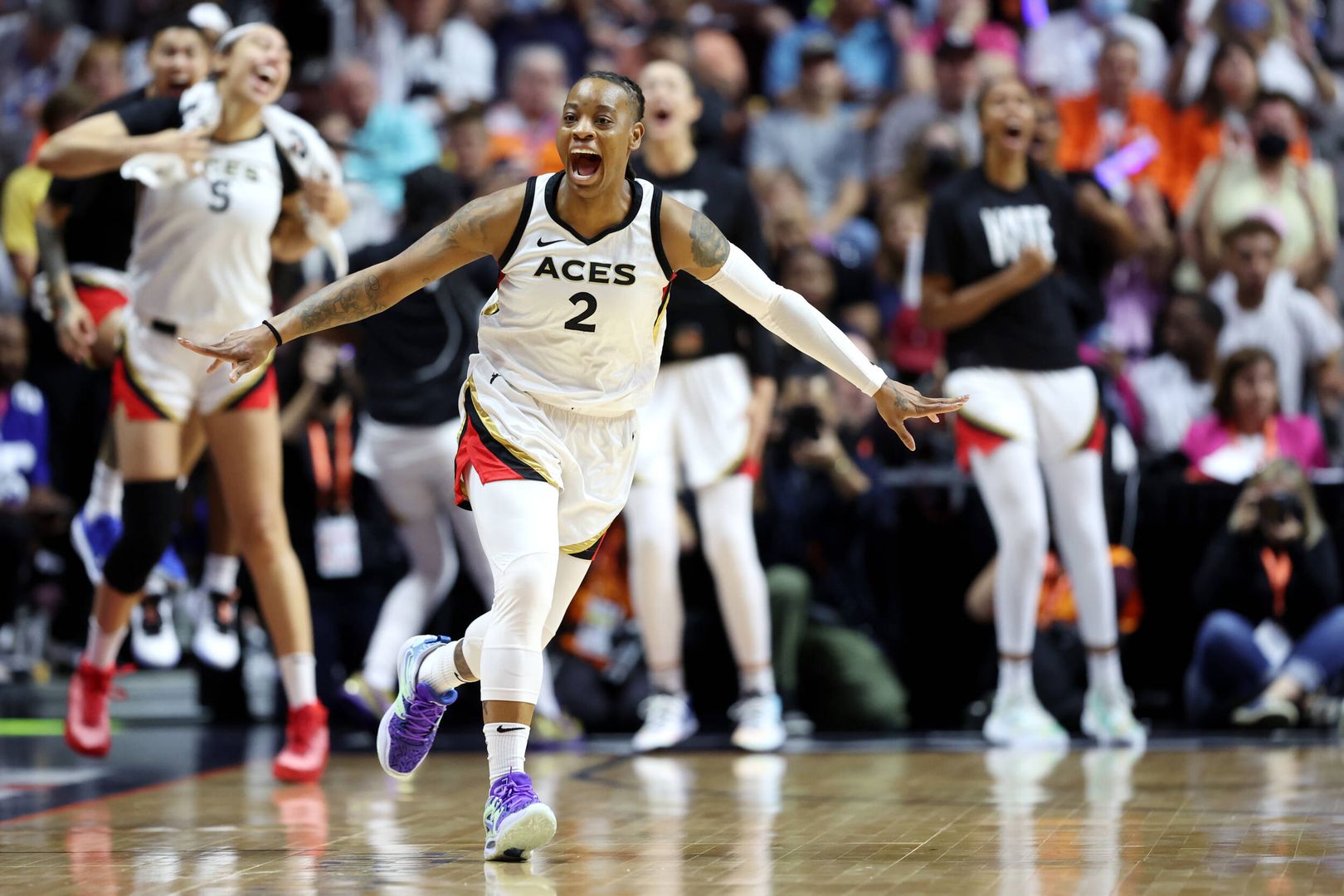 A WNBA Season for the Record Books

What a season it was for the Hurricanes in the WNBA. Miami legend Riquna Williams is a WNBA Champion, helping the Las Vegas Aces to a championship on Sunday, and 2020 graduate Beatrice Mompremier found a new home with the Atlanta Dream.

Williams (’12) helped the Aces to not only the program’s first WNBA Championship, but also the first ever professional sports championship in the city of Las Vegas’ history. 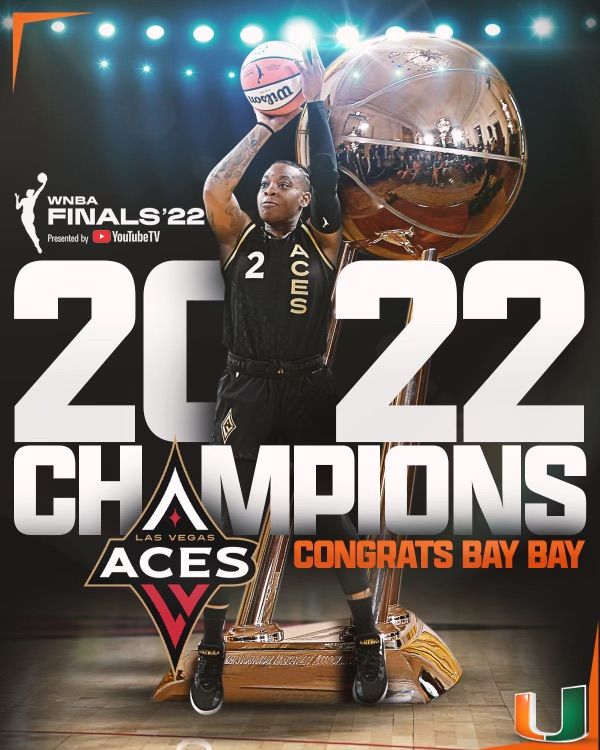 The Pahokee, Fla., native served as the spark plug off the bench for the Aces in 2022 and never more so than in game four of the WNBA Finals. The guard totaled 17 points, two rebounds and two steals off the bench and knocked down five 3-pointers in the game. Eleven of Williams’ 17 points came in the fourth quarter when she decisively led the Aces to victory. 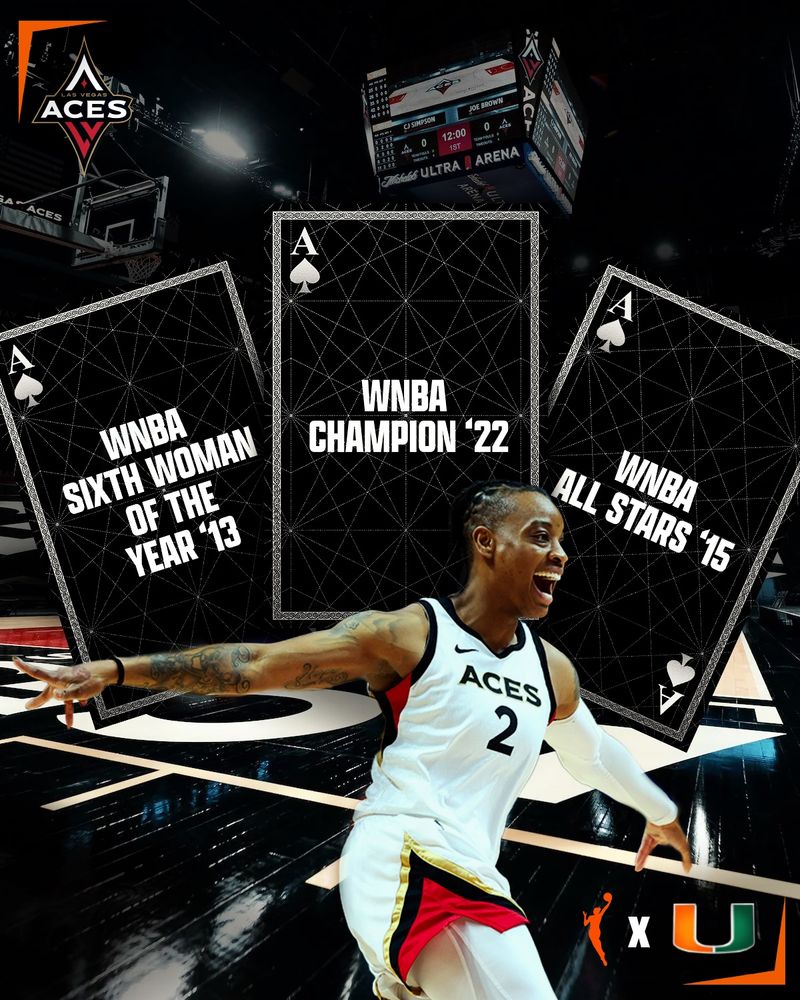 During 2022, Williams averaged 6.7 points and 1.8 rebounds per game, while shooting 36.6 percent from 3-point range. She totaled eight double-digit outings, including a season-high 17 points in the final game of the season.

In her first season in Atlanta, Mompremier averaged 2.1 points and 2.8 rebounds per game, averaging 8.3 minutes on the court per contest. The forward posted a nine-game scoring streak from June 1 to July 15 and poured in a season-high six points twice in that span.

Mompremier recorded three multi-block games in her third season in the league and matched her blocks per game average (0.6) from 2020. 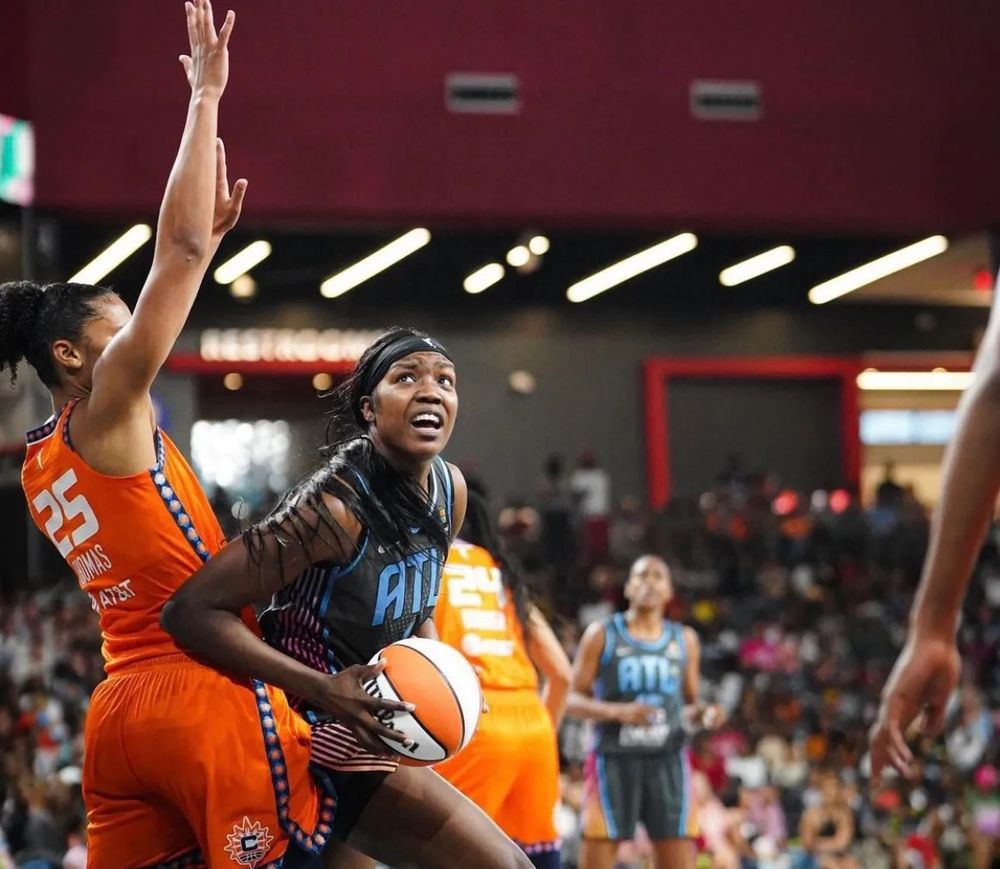