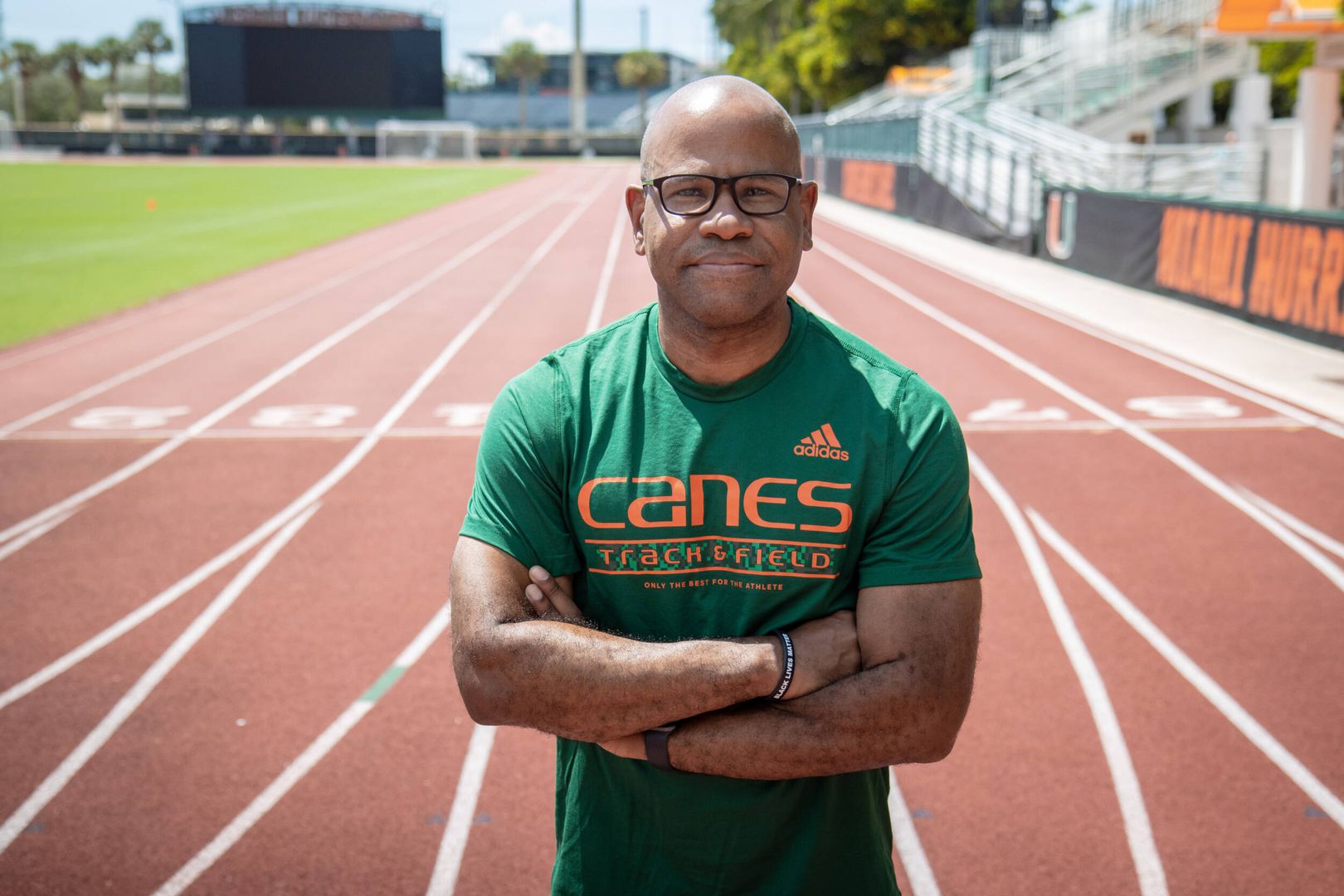 Hunter, who has a wealth of coaching and leadership experience, most recently served as the Director of Track and Field & Cross Country at MIT in 2021-22. Hunter arrived at MIT from Division III Kenyon College (OH), where he served as the track and field head coach for the 2020-21 season.

Hunter previously coached at Miami under former men’s track and field coach Mike Ward as an assistant from 2004-07.

“I couldn’t be more excited to welcome Coach Hunter, who will be an invaluable addition to our program,” Deem said. “He has tremendous leadership ability, knows what it takes to run a track program, and he has been an excellent developer of talent every stop of his career. I’m excited to see the impact he will make at The U.”

Under Hunter’s leadership, MIT had one of the most successful seasons in the program’s history. Hunter led the men’s team to a third-place finish at the NCAA Outdoor Championships. That team was also named the USTFCCCA Division III Program of the Year. This award recognizes the program with the best combined finishes at the NCAA Championships for Cross Country, Indoor, and Outdoor Track & Field. During the 2022 season, MIT won seven individual NCAA championships (including five at the outdoor meet), the most in program history. Their standout performer, Kenneth Wei, broke a 48-year-old NCAA Championship record with his 7.88m winning performance, which was the seventh best across all three NCAA Divisions. Wei was also the first athlete in Division III history to win both the 110m Hurdle and Long Jump at the NCAA Championships.

Before his time at Kenyon, Hunter served as an assistant coach at the University of Pennsylvania (Penn) from 2016-20, where he worked with the men’s sprints, hurdles, horizontal jumps, and multi-events. At Penn, he was named the 2019 USTFCCCA Indoor Regional Assistant Coach of the Year. He coached nine Ivy League champions, eight NCAA East Regional qualifiers, eight USTFCCCA All-Academic nominees, and 18 All-Ivy performers. Additionally, his athletes produced 23 marks among the top ten in program history.

“I’m very excited to be back at the University of Miami with the privilege of working with a fantastic group of athletes and coaches,” Hunter said. “It is truly an honor for me to assist Coach Deem, one of the best leaders and coaches in our sport.”

At Miami, Hunter coached with the men’s and women’s teams from 2004-07. During his time in Coral Gables, Hunter coached Lance Leggett to a 12th-place finish in the 60m Hurdles at the 2007 NCAA Indoor Championships and a 2006 ACC title in the 400m Hurdles.

Before that, he was at Florida International (FIU) for the 2003-04 season. Hunter developed one NCAA Championship qualifier at FIU, four school-record holders, and 15 All-Sun Belt Conference Team selections. Hunter’s first coaching experience came at the Division III level at TCNJ, where he was an assistant from 2001-03. While at TCNJ, he coached 24 NCAA All-Americans, 23 NJAC Conference Champions, seven conference record holders, and a pair of USATF Junior National qualifiers in the 200m and 400m.

Hunter earned his Bachelor of Science from La Salle University with a major in biology and a minor in music history. He went on to the Haas School of Business at the University of California, Berkeley, where he graduated with his Master of Business Administration.

He also competed professionally and was a three-time USATF Outdoor Championship qualifier in the 100m with PBs of 10.10w and 10.25 in the 100m. 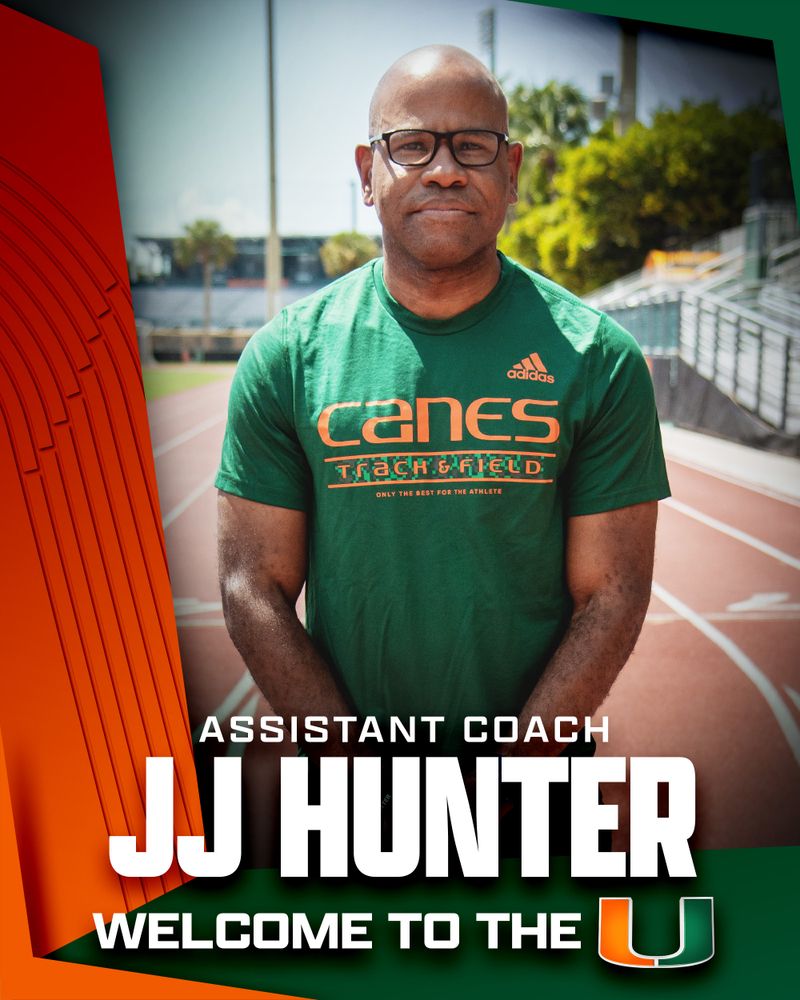