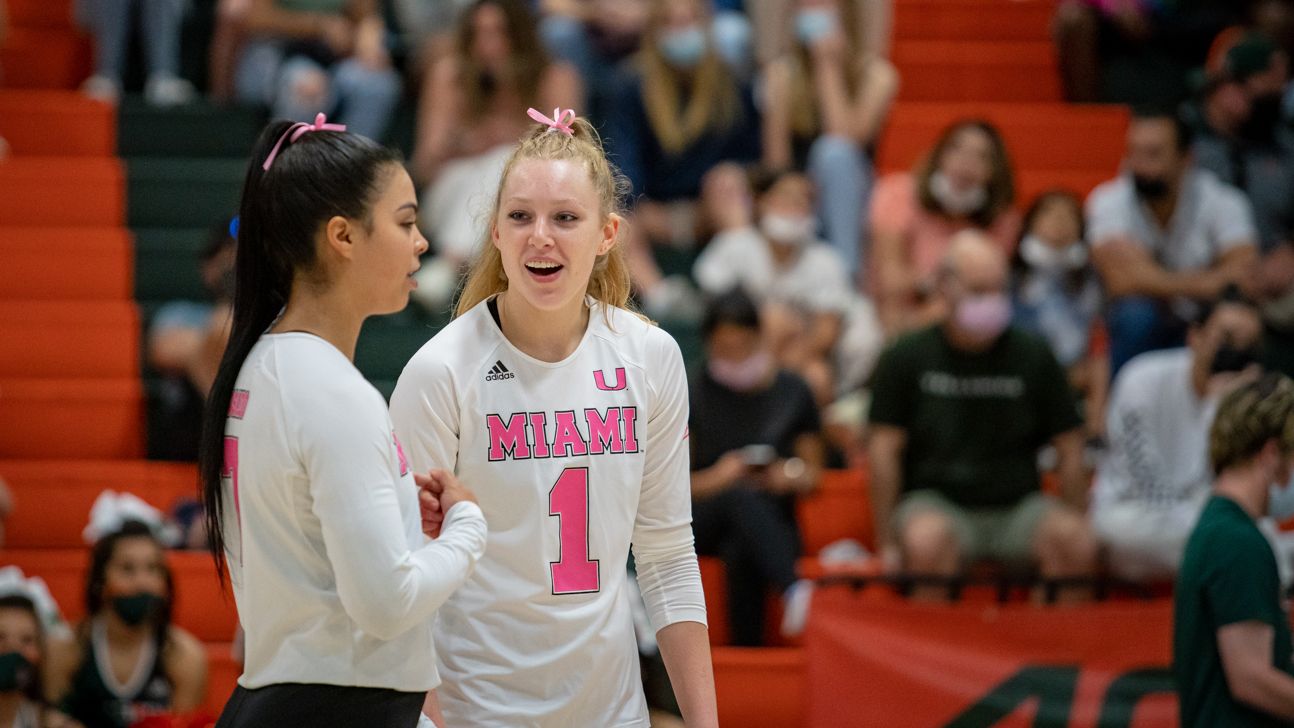 The Hurricanes earned 101 points in the balloting, good for the 27th-most of any team. That figured placed Miami second in the “receiving votes” category, behind only Washington State (104).

Under the direction of 10th-year head coach Jose “Keno” Gandara, Miami is coming off one of the best seasons in school history. The Hurricanes went 25-5 (15-3 ACC), reached the second round of the NCAA tournament finished No. 25 in the AVCA Coaches Poll.

After earning a year-end ranking for the second time ever, the Hurricanes return their top three leaders in kills, as well as their leader in both blocks and assists. In addition, Miami welcomes eight freshmen and one transfer.

The Hurricanes open play Friday at 6:30 p.m. with the first of two Orange vs. Green Scrimmages. They start the regular season Aug 26 at 1 p.m., against Bryant at the Hofstra Invitational in Hempstead, N.Y.

The complete AVCA Coaches Poll, with five ACC teams among the top 30 in points received, can be found HERE.