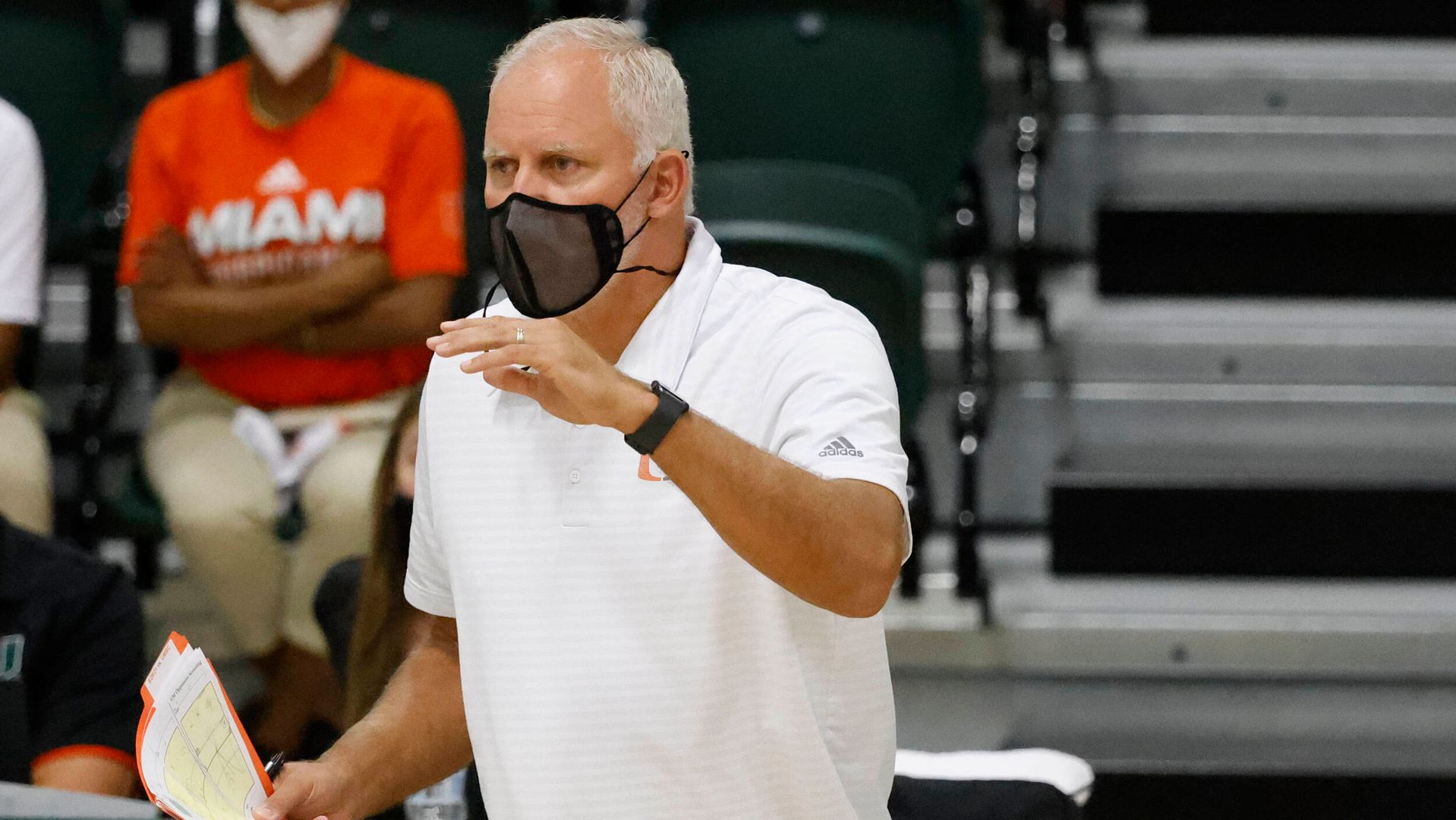 “I’m incredibly excited to welcome all nine of these individuals to the Miami volleyball program,” Gandara said. “Each one not only brings immense skill, but excellent commitment to and passion for the sport. My staff and I look forward to working with them in the coming years and cannot wait to see all they achieve here at The U.”

A 5-foot-11 outside hitter out of nearby Pompano Beach, Fla., Andrews joins the Hurricanes from Cardinal Gibbons High School. There, she was the Sun Sentinel Broward County 5A-2A Player of the Year as a junior after helping her team reach the state title match.

Andrews posted 161 kills, 140 digs, 22 aces and 16 assists in a condensed 11-match season, en route to PrepVolleyball.com First Team All-State designation. She initially burst onto the prep scene as a freshman in 2018-19 when she was a first team all-county pick by the Miami Herald and Sun Sentinel, as well as a member of PrepVolleyball.com’s Frosh 59, after posing 237 kills, 199 digs and 51 aces.

A 6-foot-2 middle blocker from Riverview, Fla., Casiano comes back to her home state after spending three years at Syracuse University. A two-year co-captain for the Orange, Casiano led the team in blocks (109) in 2021 and made the All-ACC Academic Team.

A 5-foot-7 libero out of Plano, Texas, Feliciano is a graduate of Plano Senior High School, where she had an accomplished prep career. Feliciano set the school’s career (2,221) and single-season (877) digs record, en route to being a four-time all-district honoree, thrice garnering first-team recognition.

As a senior in 2021, Feliciano was an AVCA First Team All-American, a 6A all-state selection and the Dallas Morning News Defensive Player of the Year for a 21-16 team. An excellent student, Feliciano was also a four-time academic all-district pick while tallying 119 aces and 6.6 digs per set.

A 6-foot outside hitter from Santo Domingo, Dominican Republic, Heredia Colon joins the Hurricanes from Central Pointe Christian Academy in Kissimmee, Fla. There, she aided her team to a 13-4 record as a senior.

Possessing a lengthy international résumé, Heredia Colon is a member of the Dominican National Team. She has played in 12 tournaments for her home nation.

A 6-foot-1 middle blocker out of Manhattan Beach, Calif., Knight is a graduate of Mira Costa High School. As a senior, she earned all-conference accolades while leading her team to a conference title and a third-place finish in the state.

Knight, who made the honor roll in all four years of high school, also garnered scholar-athlete recognition each season. On the club circuit, she helped Sunshine Volleyball Club win the 2022 18’s Open Division National Championship.

A 5-foot-5 libero who hails from Waukegan, Ill., Moisio started for four years at Carmel Catholic High School, winning the team’s defensive player of the year award each time and twice garnering MVP honors. The team went a superb 84-42 during her tenure, including 33-6 in 2019 on the way to a second straight regional title.

A 6-foot-3 outside hitter from Vancouver, British Columbia, Nijjar joins The U from Mount Saint Mary Academy in Watchung, N.J. After finishing 9-14 as a freshman, she led her team to a 51-19 mark over the next three years, ending with a 20-7 campaign in 2021 in which she posted 234 kills and 53 blocks.

Nijjar, a two-time all-conference designee, picked up all-state honorable mention during her splendid senior season. A high honor roll designee in each prep semester, she served as her school’s National Honor Society president for two years.

A 6-foot-2 outside hitter who hails from Malibu, Calif., Ross is the co-second-tallest member of Miami’s freshman class. Ross is a graduate of Santa Monica High School, where she also played middle blocker in the competitive Southern California area.

Ross, one of two Hurricane newcomers from the Golden State, competed for Santa Monica in its first season in the Bay League in 201-22. She also played her club volleyball for LAVA West.

A 6-foot-1 outside hitter from nearby Fort Lauderdale, Fla., Tejada is a graduate of Pine Crest School. There, she was a three-time Miami Herald All-Broward County designee and the 2019 Sun Sentinel Player of the Year.

Tejada recorded 363 kills, 119 digs, 43 blocks and 27 aces as a senior in 2021, guiding her team to a 21-6 record. An honor roll student who spent one year on the track and field team, Tejada played on the club circuit with Tribe Elite Volleyball.