CORAL GABLES, Fla. – The University of Miami men’s basketball team will face Rutgers at the Watsco Center in the 2022 ACC/Big Ten Challenge, as announced Friday morning.

The Hurricanes and Scarlet Knights will square off Nov. 30, with the game time and TV designations to be announced at a later point.

Rutgers registered an 18-14 (12-8 B1G) record during the 2021-22 season and reached the NCAA Tournament for the second year in a row. The Scarlet Knights posted five top-20 wins, including four in a row and another over then-top-ranked Purdue.

Miami sports a 10-6 all-time record against Rutgers, including 6-1 at home, 2-2 since joining the ACC, 2-1 under head coach Jim Larrañaga and 1-1 in the ACC/Big Ten Challenge.

The Hurricanes are 9-6 all-time in the ACC/Big Ten Challenge, including 5-2 at home. Miami is 8-3 under Larrañaga and is the only program in either league with a 7-1 record in the event over the past eight seasons. 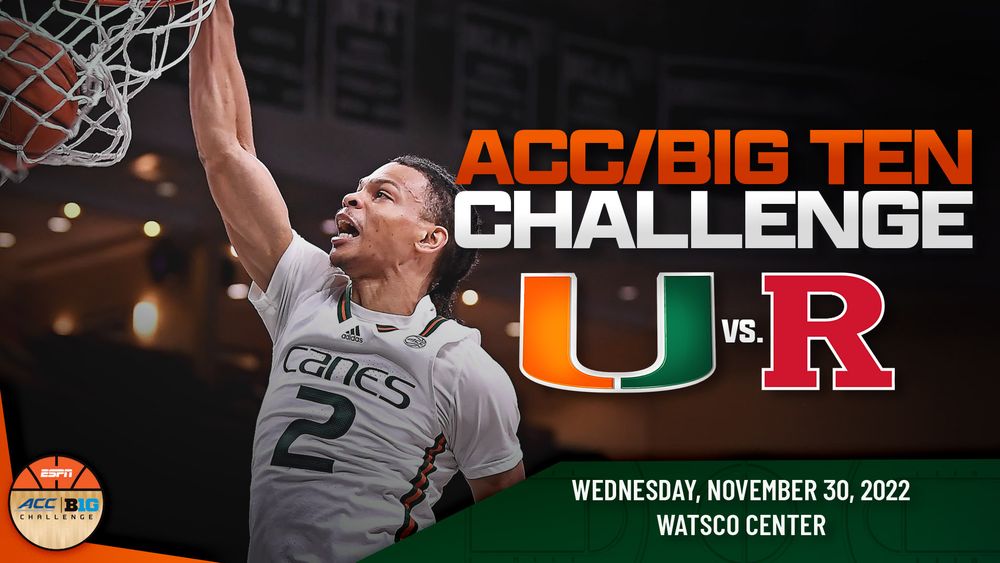