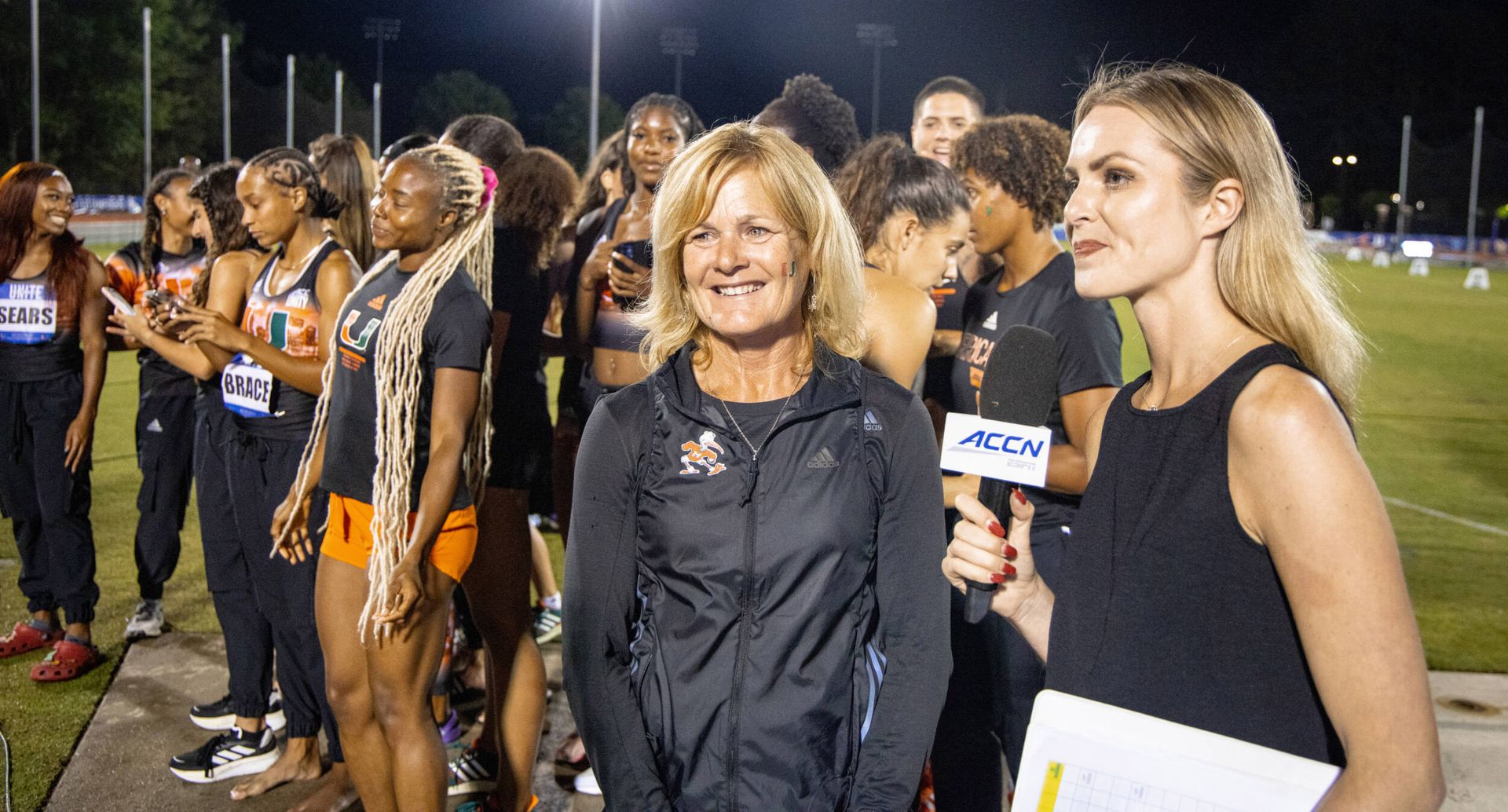 Deem, who just finished her 33rd season at the helm of the program, has led the Hurricanes to all four of the ACC Women’s Outdoor Track and Field Championships in history, including one this past spring. Miami’s most recent conference title prior to this season came in 2018 as the host team in Coral Gables.

The Hurricanes led this year’s Championship standings with 108 points, 6.5 ahead of host second-place Duke. Miami’s women entered Saturday of this year’s meet in the middle of the pack of the team standings, but consistent showings across the board pushed the Hurricanes to the top by the meet’s end.

This year marks the fourth time Deem has been recognized as the ACC Women’s Outdoor Track and Field Coach of the Year, and it is her eighth overall ACC coaching honor.

Since Deem took the reins of the program, the Hurricanes have ranked among the nation’s leaders with nearly 150 All-Americans and 18 national champions. Miami has also combined for more than 115 individual ACC champions and nine team conference championships with Deem at the helm of The U.

Florida State leads all schools with three honorees, as voted upon by the league’s head coaches, followed by two from Virginia. Louisville, Miami, NC State, and Virginia Tech each had one student-athlete or coach recognized.