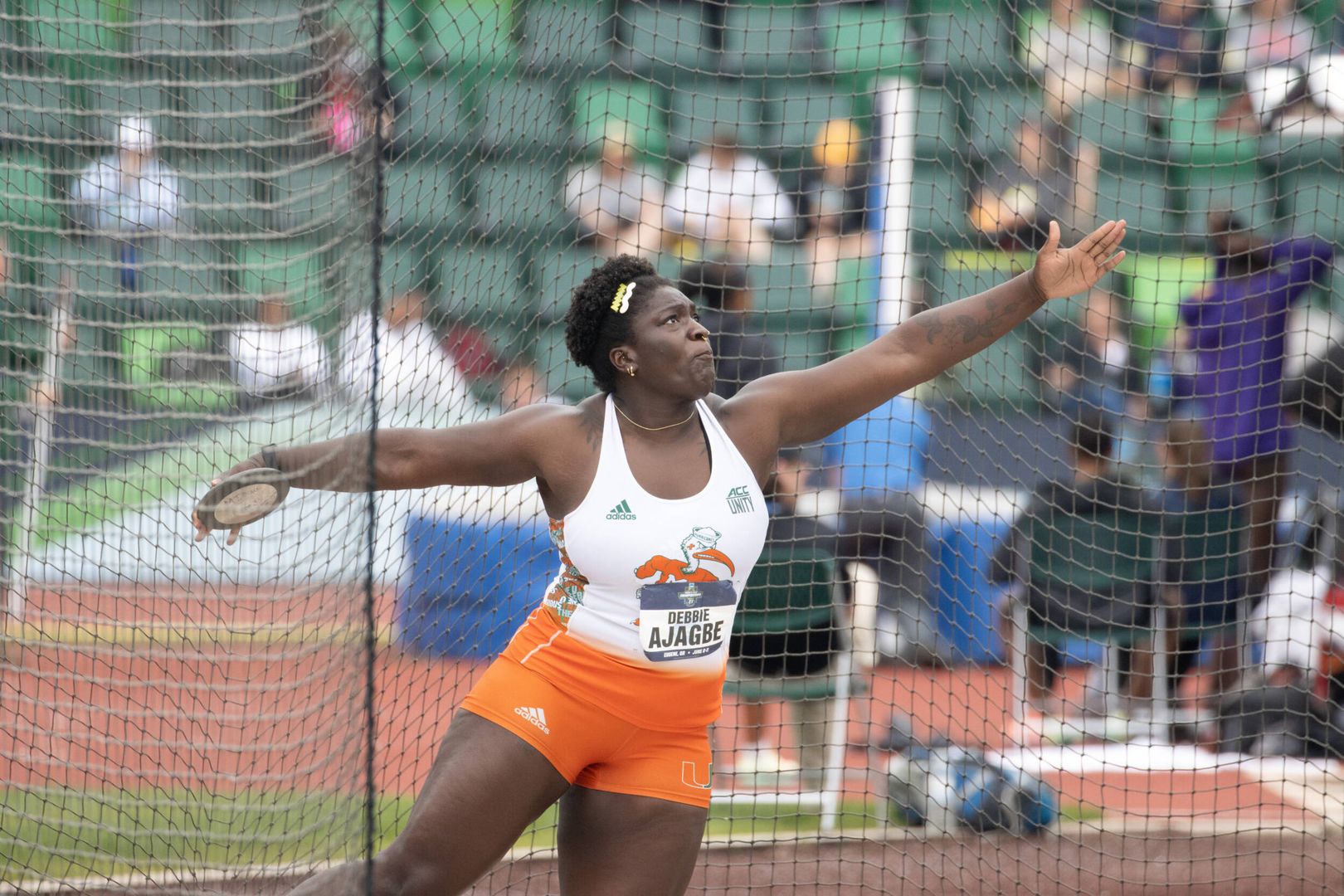 Despite adverse weather conditions, Ajagbe finished with a distance of 54.63m in the discus to earn her second All-America honors of the week at Hayward Field.

Ajagbe was a second-team All-America in the hammer throw on Thursday.