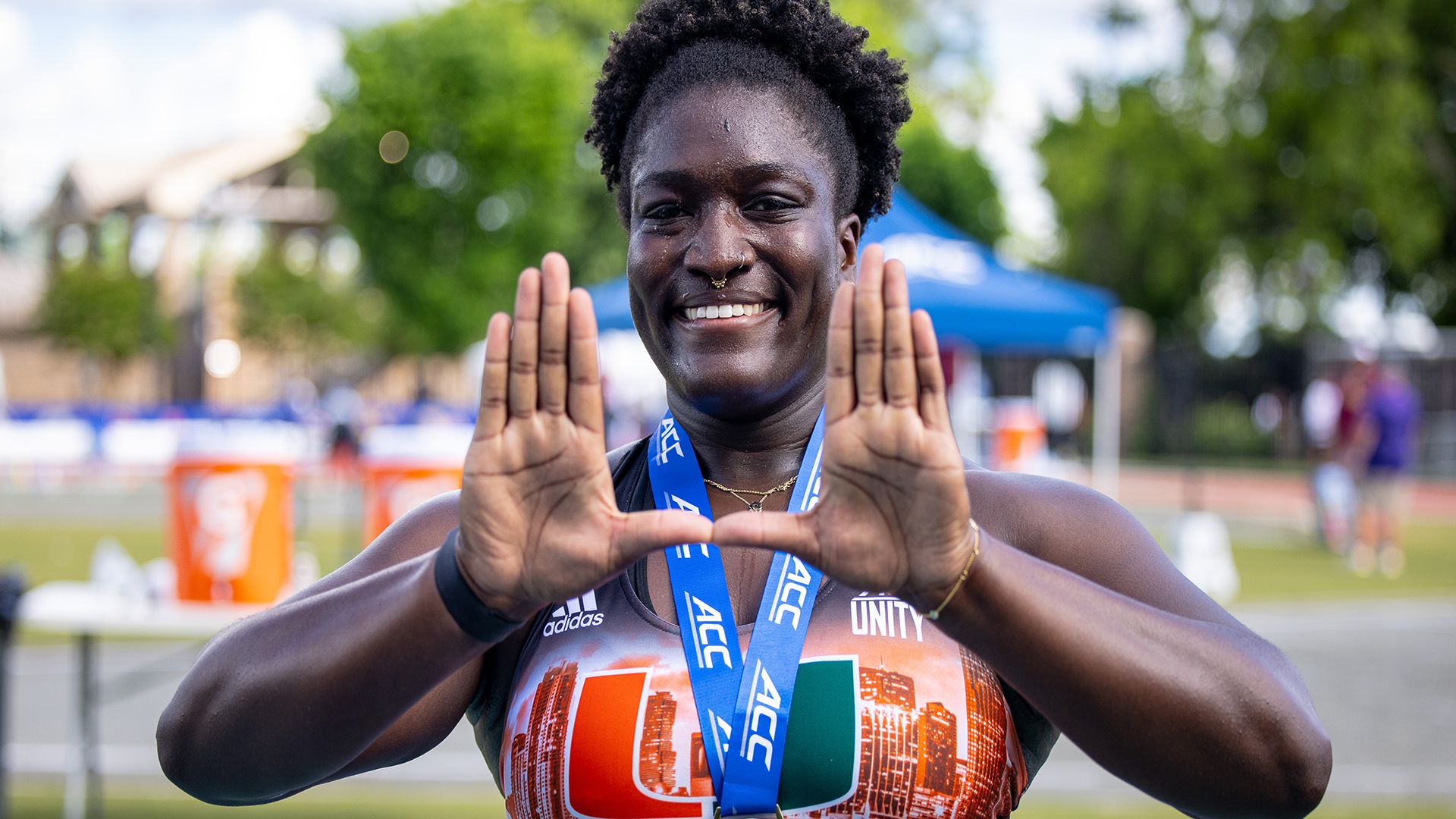 Ajagbe Breaks Own School Record on Day 2 of NCAAs

EUGENE, Ore. — Standout thrower Debbie Ajagbe broke her own school record in the hammer throw to pace the Hurricanes on Day 2 of the 2022 NCAA Track & Field Outdoor Championships at historic Hayward Field.

Ajagbe earned second-team All-America honors by finishing 12th in a loaded field, posting a distance of 66.59m. Ajagbe originally broke a 17-year school record at the 2022 ACC Championships in Durham, N.C., bested her own performance at the NCAA Regional qualifying meet in Bloomington, Ind., and topped herself once more in Eugene on the second day of competition.

Ajagbe also competed in the shot put on Thursday and finished with a distance of 15.09m.

The Hurricanes continue their run at the 2022 NCAA Outdoor Championships Friday from Hayward Field.