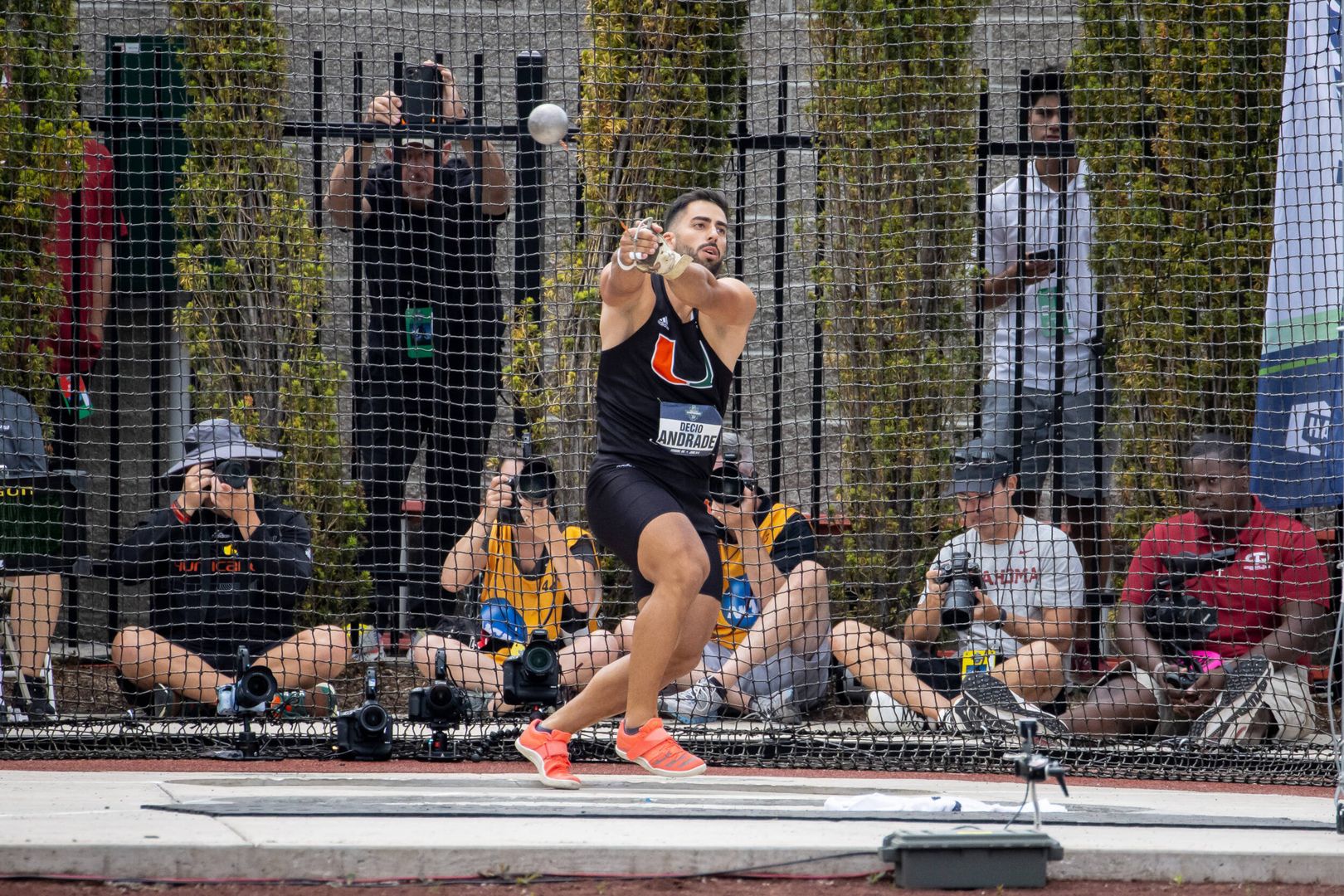 EUGENE, Ore. – Highlighted by an All-American performance from Decio Andrade in the hammer throw, the Miami Hurricanes opened their run at the 2022 NCAA Outdoor Track & Field Championships Wednesday.

The former Division II national champion made his mark in his first trip to the Division I Championships at the historic Hayward Field on the University of Oregon campus, placing seventh nationally with a mark of 70.86m.

Andrade became the first University of Miami men’s performer to earn a top-eight finish and NCAA All-America honors since Devon Hill in 2012.

The Hurricanes enjoyed two second-team All-America performances Wednesday, with Ayman Zahani and Isaiah Holmes each placing in the top 16 of their respective events.

The Hurricanes continue their run at the 2022 NCAA Track & Field Championships Thursday from Eugene.