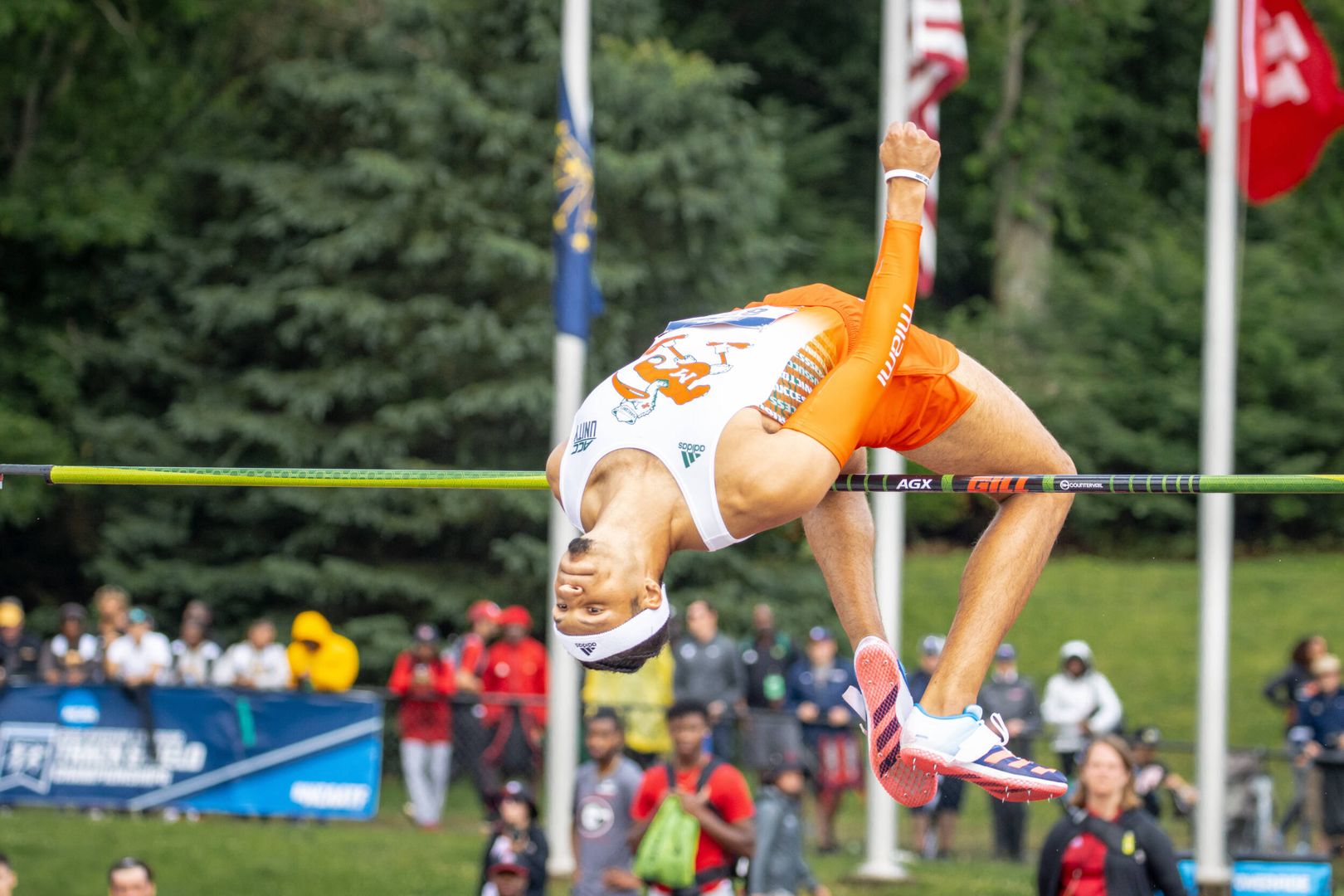 “I’m really proud of the men,” Director of Track & Field/Cross Country Amy Deem said. “Our throwers and jumpers have really done a tremendous job this outdoor season, especially in ACCs and now advancing to NCAA finals. I’m just really proud of them and all the work that they’ve done. Coach (Cory) Young and Coach (Rob) Jarvis have really prepared them and had them ready at the right time.”

Holmes, who qualified for NCAAs in the long jump Wednesday, leaped a season-best 2.15 to earn a trip to Eugene in the high jump for the second consecutive year. Robinson, who also qualified in the long jump two days ago, placed third in the triple jump (16.13) to punch his second ticket.

“Russ has just come really far,” Deem said. “Watching his growth and the development that he’s had is a lot of fun. Isaiah is such a team guy and wants as many people out there at NCAAs with him. It’s great to see both of them (advance).”

Williams posted a throw of 56.48 to finish eighth in the discus and secure his spot at nationals, while Zahafi ran the 800m in 1:48.03, finishing fourth.

“Jeff was struggling a little bit early on outdoors and then just really put it together when it counted,” Deem said. “Ayman had a great effort today. He had to come back and put himself in a good position but he’s the ultimate competitor and I know he’ll be ready for two weeks. He’s another one who’s had a great season and just needs to keep it going.”

The NCAA East Preliminary concludes Saturday with the final day of women’s competition.

“Hopefully the women will build on the energy and the enthusiasm we had today,” Deem said. “We’re in a really good spot in a lot of different event areas. We just need to go out and be us and attack tomorrow just like we attacked the final day of ACCs.”