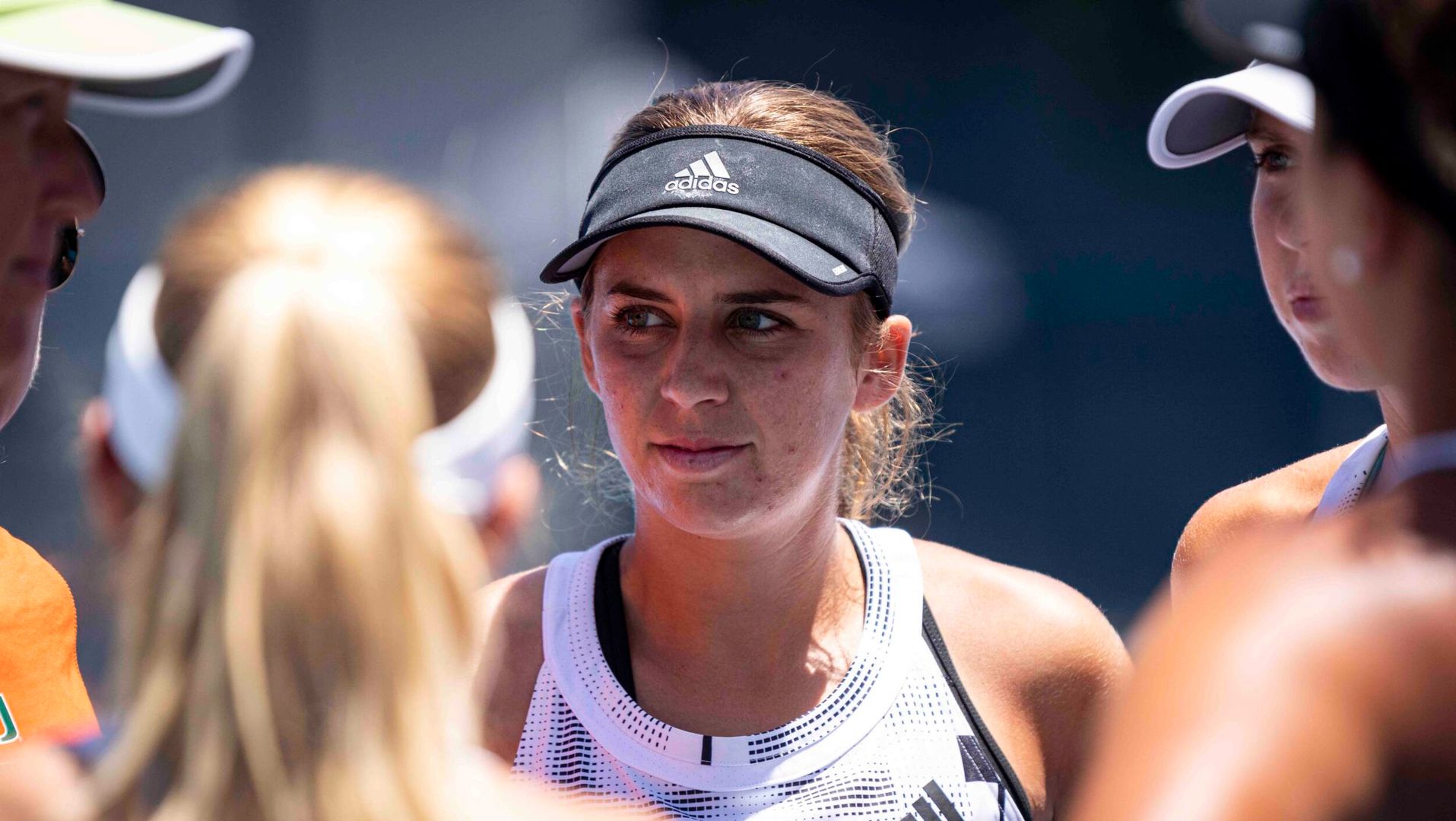 W. Tennis Falls at No. 8 Pepperdine in Sweet 16

MALIBU, Calif. – The University of Miami women’s tennis team dropped a 4-0 decision Friday afternoon at eighth-ranked and eighth-seeded Pepperdine to end its 2022 season.

Playing a road match in the NCAA Team Championship Sweet 16 for the first time, ninth-ranked and ninth-seeded Miami (19-6, 10-3 ACC) pushed the homestanding Waves in a number of sets, but could not come away with a point at the Ralphs-Straus Tennis Center.

“Look, Pepperdine played a great match today. They’re led by two star players at one and two. The bottom line is, I just think they were better than us,” Miami head coach Paige Yaroshuk-Tews said. “They played better than us; the level was a little higher than where we are right now. It’s a tough one to swallow when that’s the last one of the season, but that’s typically how they end unless you’re going to win a title.”

Pepperdine (23-6, 7-0 WCC) quickly grabbed an early advantage in doubles, as No. 42 Savannah Broadus and Janice Tjen raced out to a 6-2 win over the No. 76-ranked duo of freshman Tatyana Nikolenko and third-year sophomore Maya Tahan. The Waves, aided by a number of deuce-point wins, also took control on the other two courts.

They eventually sealed the opening point with a 6-3 result from Shiori Fukuda and Taisiya Pachkaleva over sophomores Audrey Boch-Collins and Isabella Pfennig. In the unfinished contest, Pepperdine held a second match point opportunity with No. 45 Victoria Flores and Lisa Zaar ahead, 5-4, on the No. 13-ranked tandem of fourth-year junior Daevenia Achong and fifth-year senior Daevenia Achong.

The Waves took a pair of singles matches in the span of a minute to extend their lead all the way to 3-0. First, No. 85 Broadus topped Boch-Collins, 6-1, 6-0, snapping the latter’s nine-match winning streak in her first setback since March 25. It also marked her first non-10-point tiebreaker defeat since March 4 and her first loss at No. 5 this year, as she was previously 10-0.

No. 40 Pachkaleva eventually tacked on the final point with a 7-6 (7-2), 6-0 win over Tahan, clinching an Elite Eight bid for the reigning NCAA runner-up.

For Miami, Friday marked the first time all season it did not record a point. The last time the Hurricanes were swept was March 6, 2021, at top-ranked North Carolina.

Despite the setback, the 2022 season remained a resounding success for the Hurricanes, who are slated for their first top-10 finish since 2016 and earned their first Sweet 16 bid since 2018. In addition, the 19 wins are the team’s most since 2019 and the .760 winning percentage is the best since 2016.

“I think we had an unbelievable season. We definitely took steps forward. We’re going to end, I think, top-10 in the country. Hosting NCAAs [again was great],” Yaroshuk-Tews said. “The season we had, I thought, was exceptional. I think we squeezed everything out of these kids. I think they improved as the season went on. We had a little bit of adversity; we were able to bounce back from it.

“I love these kids; they’re great kids. They had a great season,” Yaroshuk-Tews continued. “They’re tough, they’re fun to be around. I’ve been telling them for the past few months, I wouldn’t have wanted to do it with anybody else. I’m really proud of them.”

Miami’s all-time NCAA Team Championship record now sits at a healthy 57-36, good for the 10th-most wins of any Division I program.

Two Hurricanes still have matches left this year, as Achong and Richardson will compete in the NCAA Singles Championship and play together in the NCAA Doubles Championship. The tournaments are scheduled for May 23-28 at Khan Outdoor Tennis Complex in Urbana, Ill.