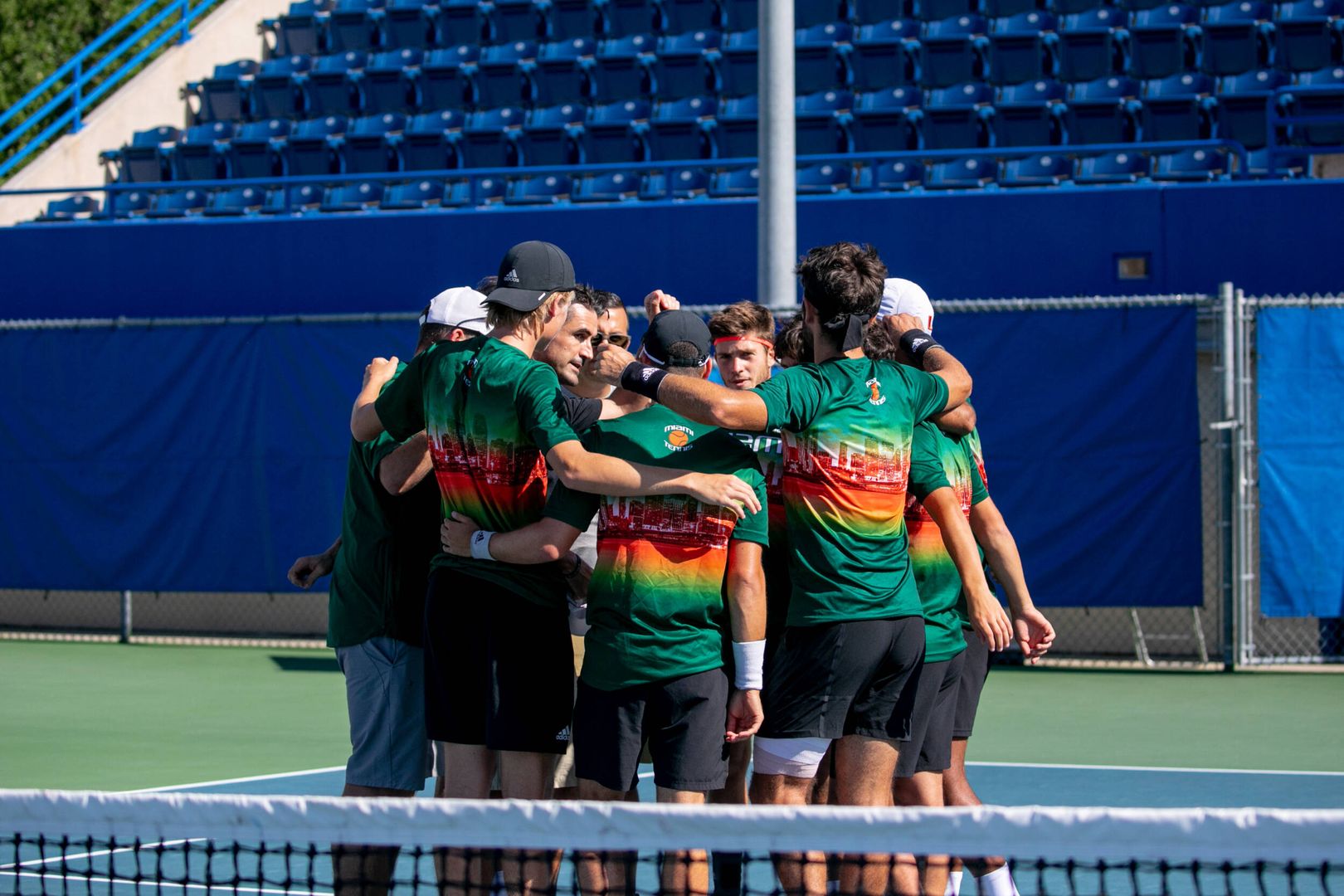 Miami Falls to No. 2 Florida in NCAA Team Championship

GAINESVILLE, Fla. – The University of Miami men’s tennis team closed out the 2021-22 season in the second round of the NCAA Team Championship, falling to the reigning national champion Florida Gators (25-2, 12-0 SEC), 4-0, Saturday evening at the Alfred A. Ring Tennis Complex.

In their fourth straight NCAA Team Championship appearance, the Hurricanes (17-10, 5-7 ACC) posted a 1-1 record, defeating the No. 45 South Florida Bulls in the opening round before falling short of the No. 2 Gators in the round of 32.

Florida jumped out to an early 1-0 lead with a pair of 6-3 doubles victories on courts one and three. At the time of clinching, fifth-year senior Benjamin Hannestad and freshman Martin Katz were in a 4-5 battle with Florida’s Andy Andrade and Mattias Siimar.

With five of their six singles players ranked in the top 125, it was going to be an uphill battle for the Hurricanes in singles action. On court two, fifth-year senior Bojan Jankulovski could not contain reigning singles champion, Sam Riffice, falling to the Gator 3-6, 0-6.

Florida ultimately clinched the match when courts three and six finished within seconds of each other. Hannestad fell to No. 115 Duarte Vale 3-6, 3-6 at third singles, while freshman Casper Christensen came up short, 4-6, 4-6, to No. 119 Josh Goodger on court six.

Fifth-year senior Dan Martin was making a comeback, 5-7, 4-1, at first singles against the second-best player in the nation, Ben Shelton, at the time of clinching. Katz trailed on court four, 5-7, 2-3, while fourth-year junior Franco Aubone had Miami’s only lead of the day, 7-6(1), 1-0, on court five at the conclusion of the match.

At 17-10 overall, the Hurricanes recorded their third 15-win season in the last five years and made the NCAA Team Championship for the 29th time in program history.