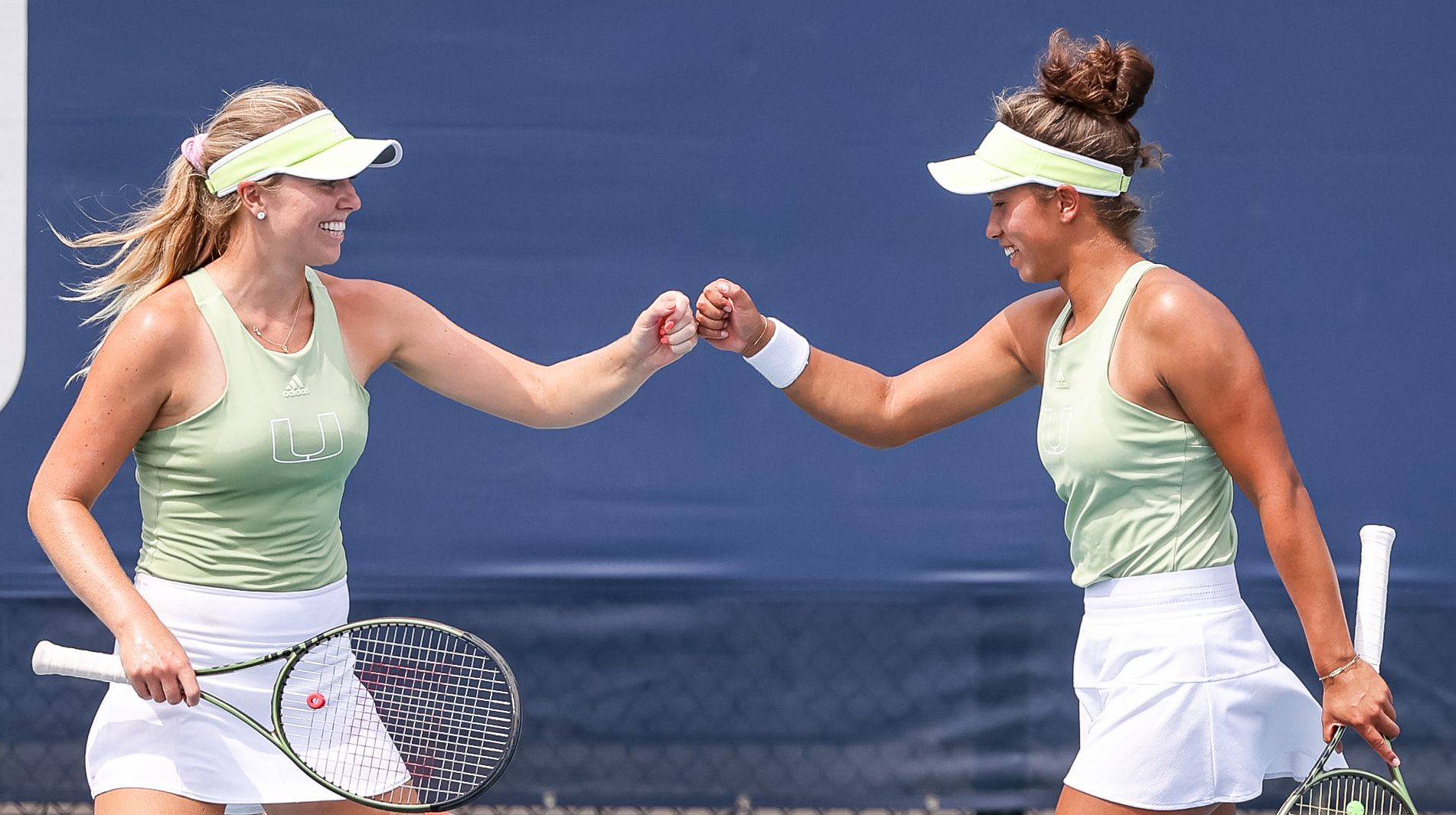 The Hurricanes’ two competitors in both fields will be the same. Fourth-year junior Daevenia Achong and fifth-year senior Eden Richardson both claimed at-large nods in singles, as well as earned an at-large bid together in doubles.

Richardson, ranked a season-high No. 38 in the country, sports a 2021-22 singles record of 18-15 after primarily competing at the No. 1 spot this spring. She owns two top-10 wins, both over players who were previously undefeated in dual matches, and remains the lone player to defeat top-seeded Emma Navarro, the reigning NCAA champion, in 2021-22.

This is Achong’s first appearance in the NCAA Singles Championship and Richardson’s second, as she also made the field as a freshman in 2018 while at LSU. They are set to be the 29th and 30th individuals to represent Miami in the event.

This is the 19th straight year the Hurricanes will have at least one player in the NCAA Singles Championship, a streak that dates back to 2003, head coach Paige Yaroshuk-Tews’ second season at the helm. It is the 11th time during that span that two Hurricanes have made the cut.

Achong previously played in the NCAA Doubles Championship in 2019 alongside Daniella Roldan and now will become the 16th multiple-time competitor in program history. The last two-time selection was Stephanie Wagner in 2015 and 2016, but she withdrew the latter year, making Laura Vallverdu (2007-10) the last multiple-time participant.

Richardson took part in the NCAA Doubles Championship in both 2018 and 2019 during her LSU tenure, winning the national title in her first appearance. She will be the 42nd Hurricane to play in the tournament, plus will join Achong to form the 31st unique pair of Miami players to do so.

The 64-player singles tournament is set for May 23-28 at the Khan Outdoor Tennis Complex in Urbana, Ill., while the 32-pair doubles event will be held May 24-28 at the same location.

Tournament brackets will be announced one day before competition starts. To see the complete lists of selections, click HERE.