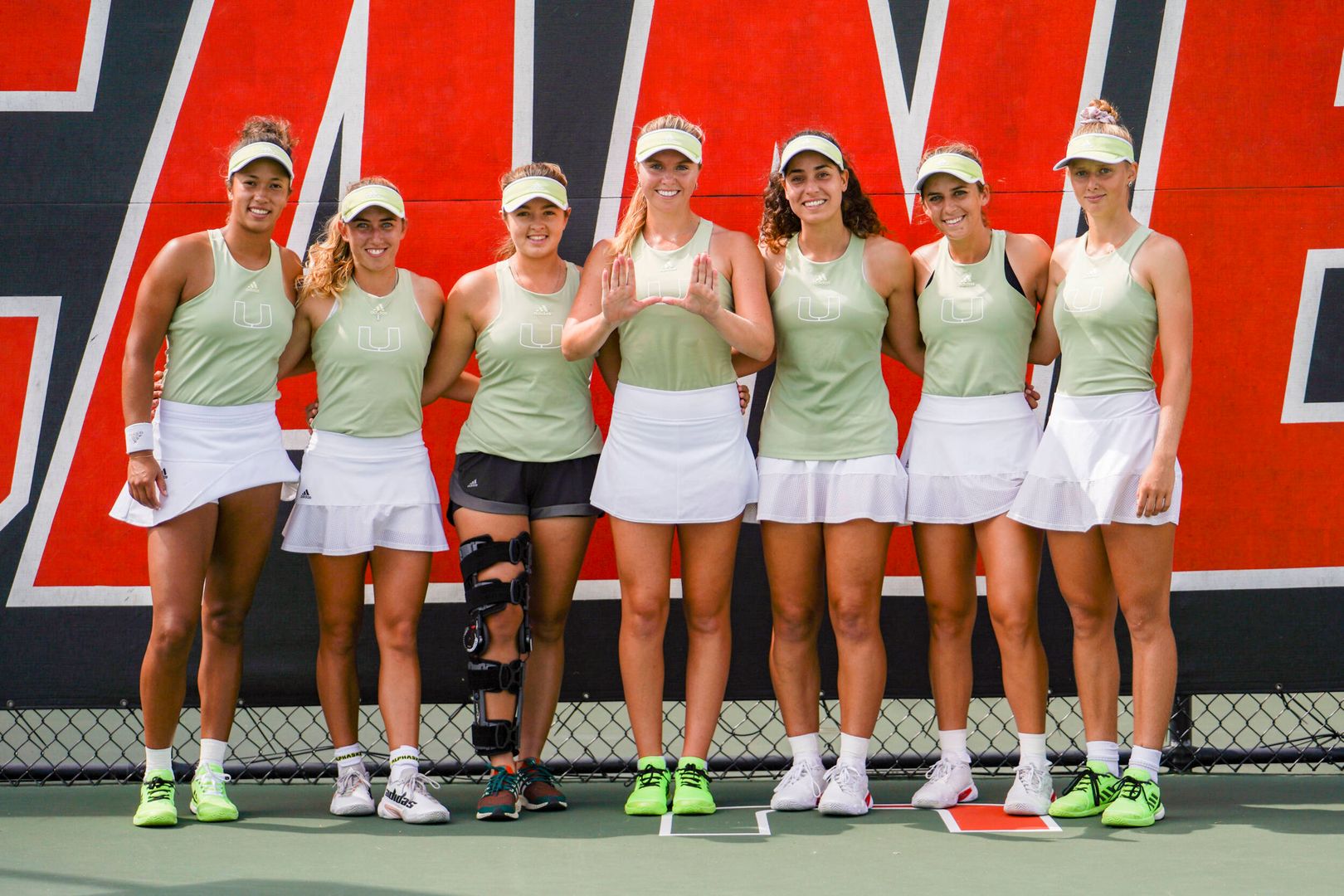 CORAL GABLES, Fla. – For the 26th consecutive time, the University of Miami women’s tennis team is in the NCAA Team Championship field. The Hurricanes earned the ninth overall seed will host the first and second rounds of the tournament.

The Hurricanes will open play Friday at 1 p.m. against No. 64 Stetson at the Neil Schiff Tennis Center. The Hatters are 22-2 (8-1 ASUN) on the season and enter the NCAA tournament on a nine-match winning streak. They do not have any ranked players or pairs.

Preceding Miami’s matchup with Stetson, No. 22 UCF plays No. 40 Alabama in the other Round of 64 matchup, slated for 10 a.m. at the Neil Schiff Tennis Center.

Alabama heads into the NCAA Team Championship at 15-11 (5-8 SEC) on the year after dropping five of its last six matches. Like UCF, the Crimson Tide sport two ranked singles players and ranked doubles duo. Petra Sedlackova places No. 67 in singles Loudmilla Bencheikh is No. 69, while Sedlackova partners with Anna Parkhomenko to form the country’s No. 63 doubles tandem.

The two winners of Friday’s matches will square off Saturday at 1 p.m. with a spot in the NCAA Sweet 16 on the line. 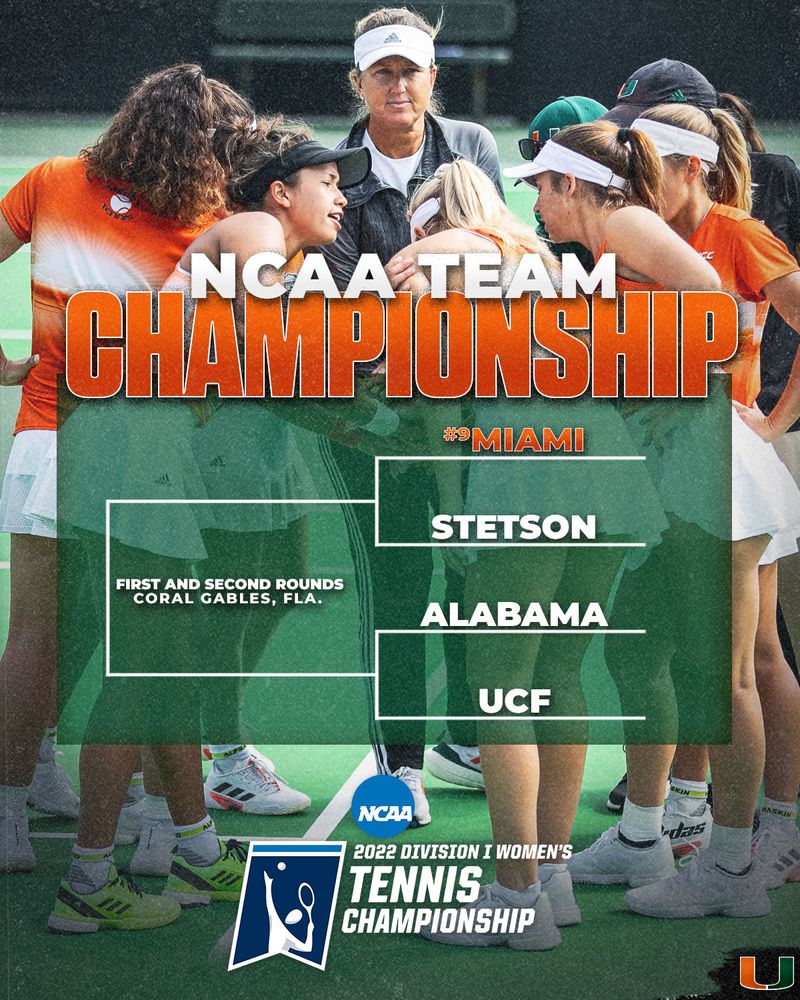 The Hurricanes, who are in the tournament for the 36th time in its 40-year history, are 55-35 all-time in the event, including 25-1 at home. The 36 appearances are tied for the eighth-most all-time, while the 55 victories rank No 10. They have made the second round in each of their last 19 berths, dating back to head coach Paige Yaroshuk-Tews’ first season at the helm, and reached the Sweet 16 in 12 of the past 15 tournaments.

Miami has three ranked singles players heading into the NCAA Team Championship, with fourth-year junior Daevenia Achong at No. 32, fifth-year senior Eden Richardson at No. 38 and sophomore Isabella Pfennig at No. 85. The Hurricanes also have two ranked doubles pairs, as Achong and Richardson place No. 18, while third-year sophomores Diana Khodan and Maya Tahan hold the No. 51 spot.

The full 2022 NCAA Team Championship bracket can be found HERE. Live stats for this weekend’s matches in Coral Gables will be available HERE.