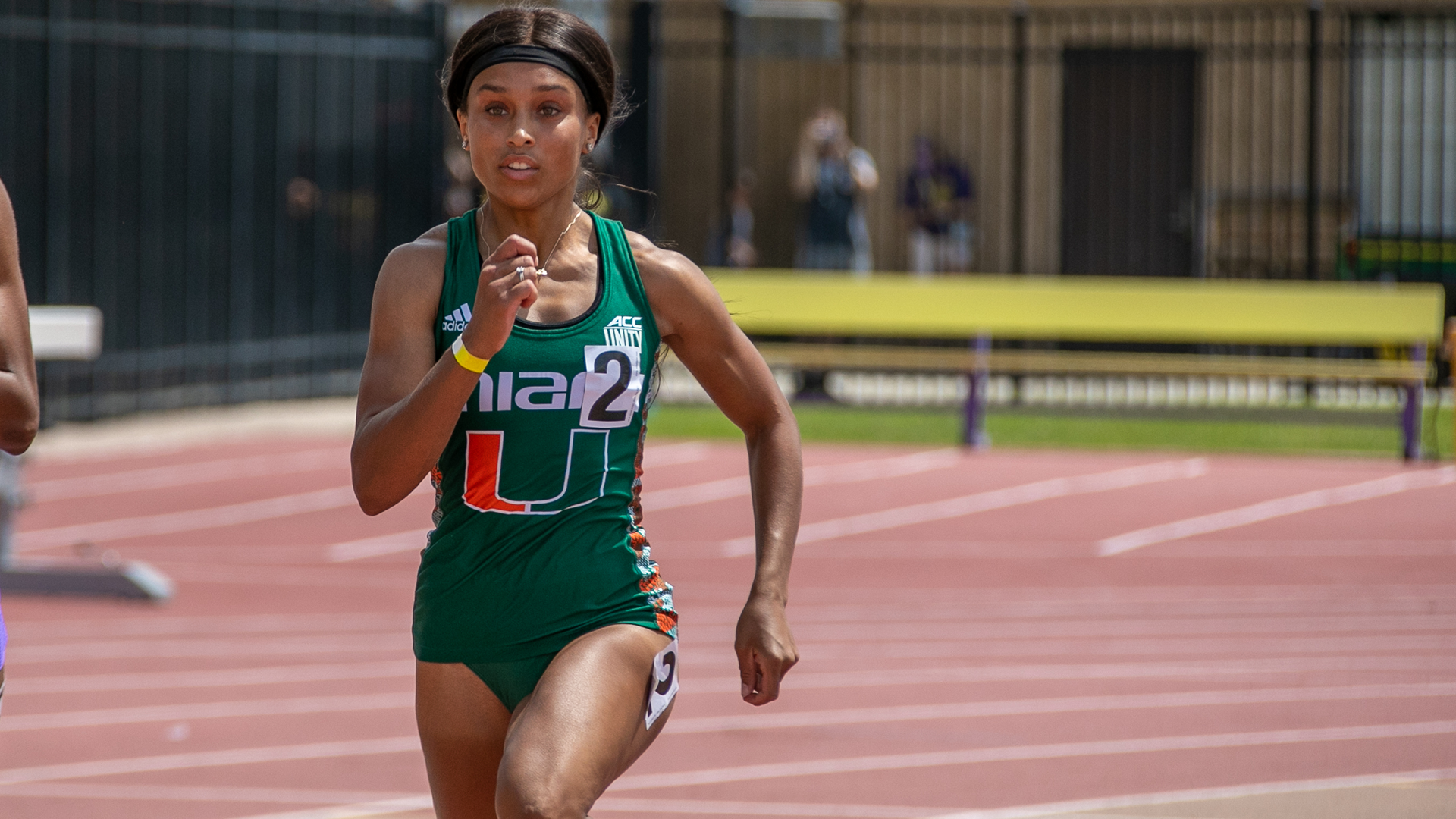 The Hurricanes totaled four PRs in the field events and four on the track.

Miami’s throwers opened action in the bayou with the discus.

Fifth-year Debbie Ajagbe finished second in the event with a mark of 54.59m and added a 61.21m tally in the hammer throw for a second-place finish. Teammate Hannah-Sophia Hall launched a discus PB of 51.72m, while later claiming first in the shot put at 16.73m.

Freshman Erikka Hill notched a shot put PR of 15.88m on her way to third.

On the men’s side, Jeff Williams placed second in the discus, setting a new PB of 56.26m. His mark improves his third-farthest mark in program history. Williams ended his day with a third-place finish in the shot put after a throw of 17.18m.

Field events ended with the triple jump as freshman Ashley Moore posted an all conditions PB of 13.03m, finishing third.

A duo of Hurricane sprinters – Kennedy Brace and Blanca Hervas-Rodriguez – ran to new PBs in the 400 meter race. Brace paced the two Canes with a time of 53.37, while Hervas-Rodriguez finished in 53.85.

The men earned two wins on the track courtesy of Justin Rittenhouse and Ayman Zahafi. Rittenhouse led the pack in the 1500 meter as he finished in 3:56.41, while Zahafi’s 1:48.17 time in the 800 meter earned him the victory.

Sincere Rhea and Jalen Gordon each set new PRs on the afternoon. First, in the 110 meter hurdles, Rhea crossed the finish line in 13.89. Gordon sprinted across the finish line in 48.56 seconds in the 400 meter for his new career best.

Next, the Hurricanes will wrap up the regular season in Jacksonville, Fla., at the UNF Invite, Apr. 29-30.