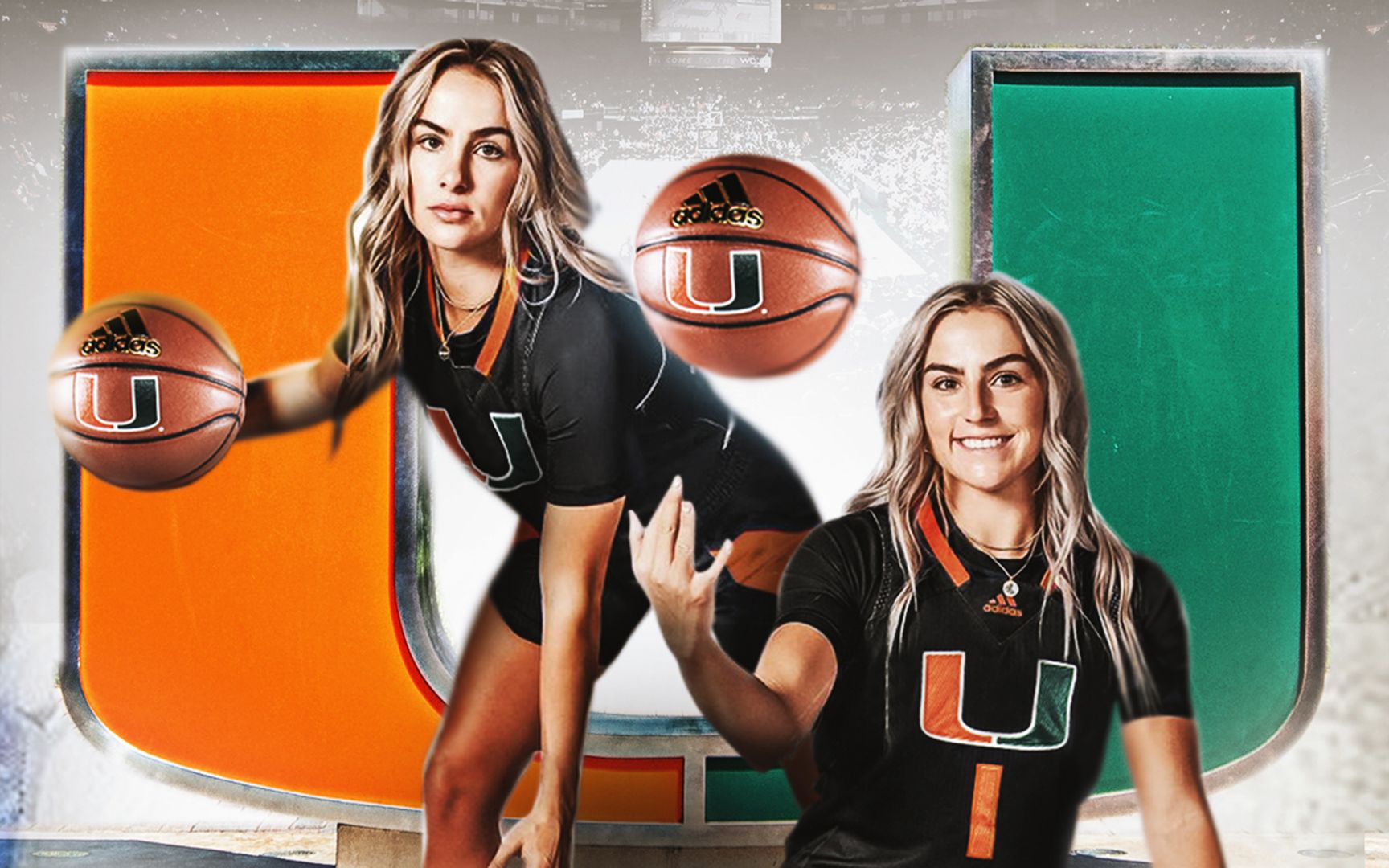 That’s what Haley Cavinder recalls when asked about her and her twin sister Hanna’s first steps on the campus of the University of Miami.

They knew that Coral Gables was the place where they would continue their college basketball and academic careers.

“When we got on campus, there was just a vibe and a feeling you get when you know it is the right decision,” Haley said. “I just think with Coach Katie [Meier] and the leader she is and what she has done with the program, there is something that we were so attracted to, and I think we knew when leaving Miami that we wanted to come back.”

Haley and Hanna are officially the newest members of the Miami Hurricanes women’s basketball team, as Meier announced the signing of the twins on Thursday.

“Coming into the offseason losing four impactful players, we felt like we had specific needs and Haley and Hanna absolutely helped us meet several of them,” Meier said.

“They are huge pieces for our program.”

For the Cavinders, basketball is life, and their move to Coral Gables is with only one intention in mind: to win.

“We wanted to have the best opportunity to get to the [NCAA] tournament,” Hanna said. “Miami stood out to us is because of the vision Coach Katie has with her staff. The leadership is everything we wanted and what the team accomplished this past year is something we were looking for and we can’t wait to be a part of that [next year].”

Anyone who has watched the Cavinder sisters play knows how competitive they are on the court.

The guard led all Mountain West players in scoring each of the last two seasons and ranked 21st in the nation in points per game during the 2021-22 season. This past year, Haley paced the Bulldogs in scoring (19.8), rebounding (9.4) and assists (166). She also tallied three triple-doubles and 12 double-doubles as a junior.

Like her sister, Hanna has also been a multi-year member of the All-Mountain West Team, receiving a nod in 2020 and 2021. She has ranked in the top 10 in scoring among Mountain West players in each of the last three seasons and totaled 24 double-digit outings this past season.

“I think what Haley and I bring [to Miami] is our competitive nature,” Hanna said. “We are very competitive and we want to win. We have a lot of heart and we love basketball. I think our ability to shoot is a different role that we bring, too.”

That competitive edge is something that interested Meier from the jump as she looks to build on her team’s success from the 2021-22 season.

“I really liked our momentum going into the offseason as I thought we had a bunch of returning players who played extremely well in the NCAA Tournament,” Meier said. “I think both Haley and Hanna are ultra-competitive gym rats and they repeatedly told me how badly they want to win and win big. We were looking for people to help us make deeper runs in March that so it was a perfect fit.”

It was a perfect fit on the Cavinders’ end, as well, as the sisters recall how welcoming the team and coaching staff were upon their visit.

“You can tell the type of culture that was built [at Miami] through Coach Katie,” Hanna said. “The girls were amazing and so awesome. The staff was so personable and that is what we loved. Our parents came with us and they absolutely loved Miami, as well. We can’t wait to join the team and be a part of it.”

When Haley and Hanna officially arrive in Coral Gables, Fla., they will be there to not only win, but also receive a world-class education.

“You can’t beat the education at the University of Miami,” Hanna said. “Between that and the support for the women’s basketball team, Haley and I are super excited to be there.”

“Being able to share this dream with Hanna and being able to go to Miami together is amazing,” Haley said. “I’m just excited to get there and get to work.”