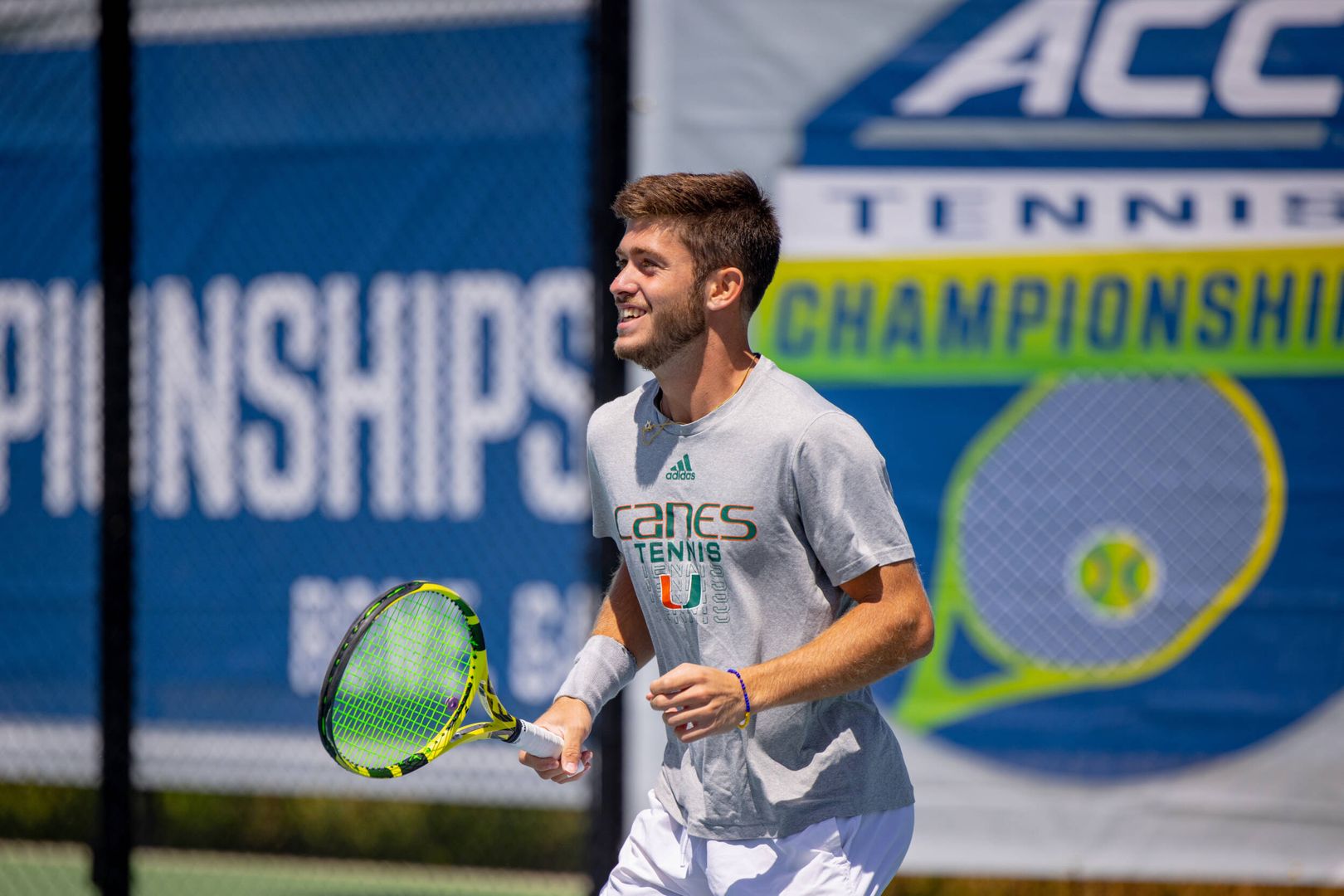 ROME, Ga. – The University of Miami men’s tennis team is set to compete in the Atlantic Coast Conference Tennis Championships, which begins on April 20.

After finishing the conference slate with a 5-7 record, the Hurricanes earned the seven-seed and a first-round bye in the tournament. Miami will take on the 10th-seeded Georgia Tech Yellow Jackets in their first match on April 21 and, should they win, will face No. 2 Wake Forest on April 22. Both matches are slated to start at 12:30 p.m.

The Hurricanes are extremely familiar with the Yellow Jackets as the teams squared-off just a week ago in a match that Miami won, 4-3, in thrilling fashion. The match came down to the final singles match of the evening at first singles, where graduate student Dan Martin recorded his sixth ranked win of the season, defeating No. 64 Andres Martin, 6-7 (2), 7-6 (5), 6-4.

Miami and Georgia Tech have met three times before in ACC Tournament history, with the Yellow Jackets holding the 2-1 advantage. Two of the three matches have been decided by one match, including last season when the Yellow Jackets bested the Hurricanes 4-3 in the second round of the tournament.

The Hurricanes currently sit at No. 29 in the ITA team rankings, having moved up a spot after besting Georgia Tech and Clemson over the weekend. Martin is ranked No. 84 in the nation and has won back-to-back ACC Player of the Week honors, having posted an 8-0 record over the last four matches in singles and doubles combined.

Fans can follow along though live stats available here.