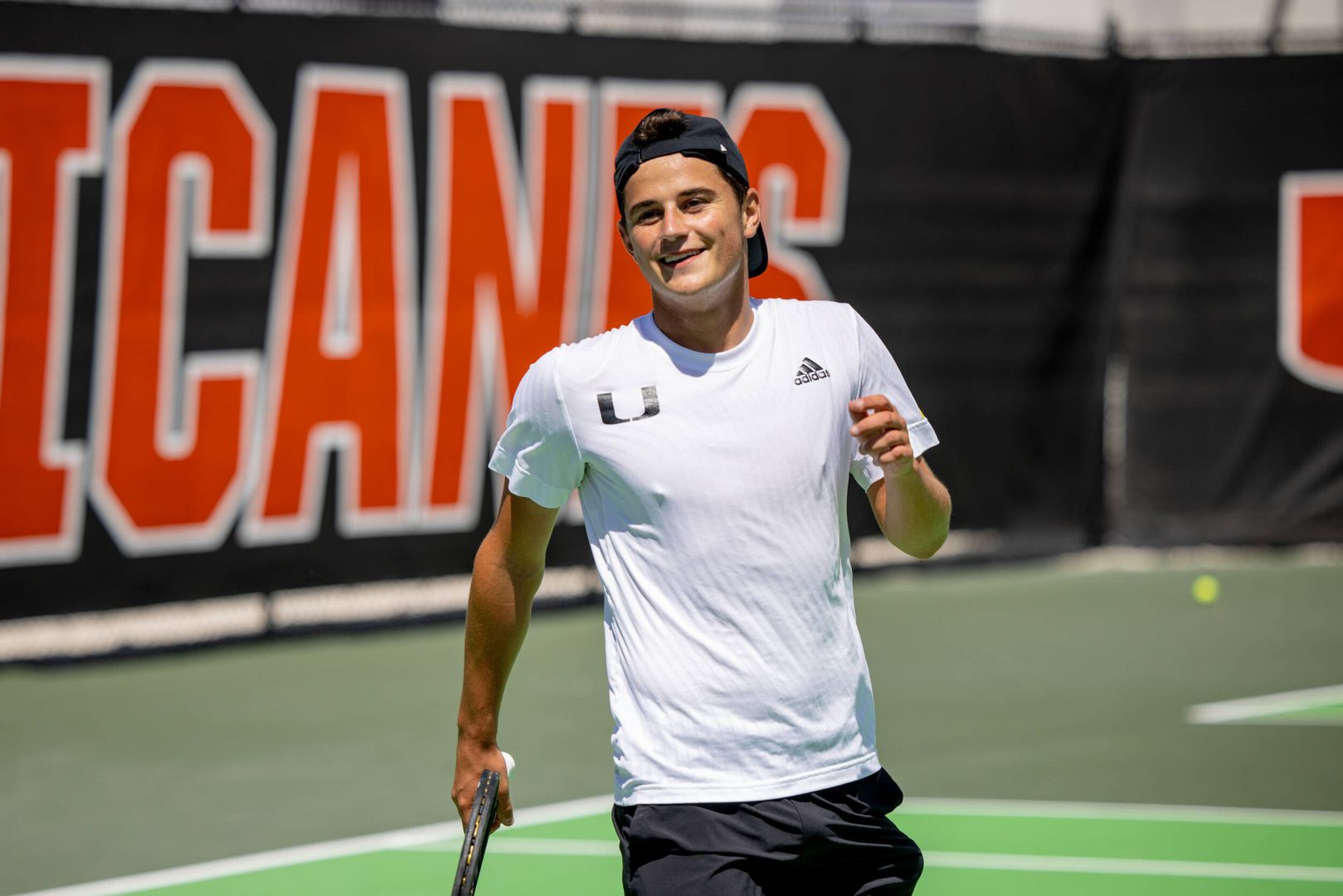 CLEMSON, S.C. – The University of Miami men’s tennis team closed out the regular season with a 4-2 victory over the No. 67 Clemson Tigers (11-13, 2-10 ACC), Saturday afternoon at the Duckworth Family Tennis Facility.

For the second straight match, graduate student Dan Martin was responsible for clinching the win for the Hurricanes, as he defeated Ryuhei Azuma, 6-3, 5-7, 6-4, at first singles. The Laval, Quebec, Canada, native has now won four straight singles matches and 24 overall this season.

Martin dominated the doubles portion of the match as well, besting Clemson’s Jorge Plans Gonzalez and Daniel Labrador, 6-3, alongside doubles partner, fifth-year senior Bojan Jankulovski. As a doubles pair, Martin and Jankulovski are undefeated at third doubles this season and have won seven straight matches.

It was all Tigers on the other two doubles courts as fourth-year juniors Juan Martin Jalif and Franco Aubone faced a 2-6 defeat on court one, while fifth-year senior Benjamin Hannestad and freshman Martin Katz fell to Maxwell Smith and Teodor Giusca at second doubles, 4-6.

Trailing 1-0 entering singles play, the Hurricanes quickly turned the momentum around, beginning with an efficient 6-2, 6-4 win by Aubone at sixth singles. Katz followed that up with a 6-4, 6-3 victory of his own for his 15th singles win of the season.

On court four, Jalif extended the Hurricanes lead to two, defeating Spencer Whitaker, 7-6, 6-3. However, Clemson responded with a win of its own as Hannestad came up short, 2-6, 6-2, 3-6, at third singles to make the score 3-2 in favor of Miami.

The Hurricanes await their matchup for the ACC Tournament, which begins on Wednesday in Rome, Ga.