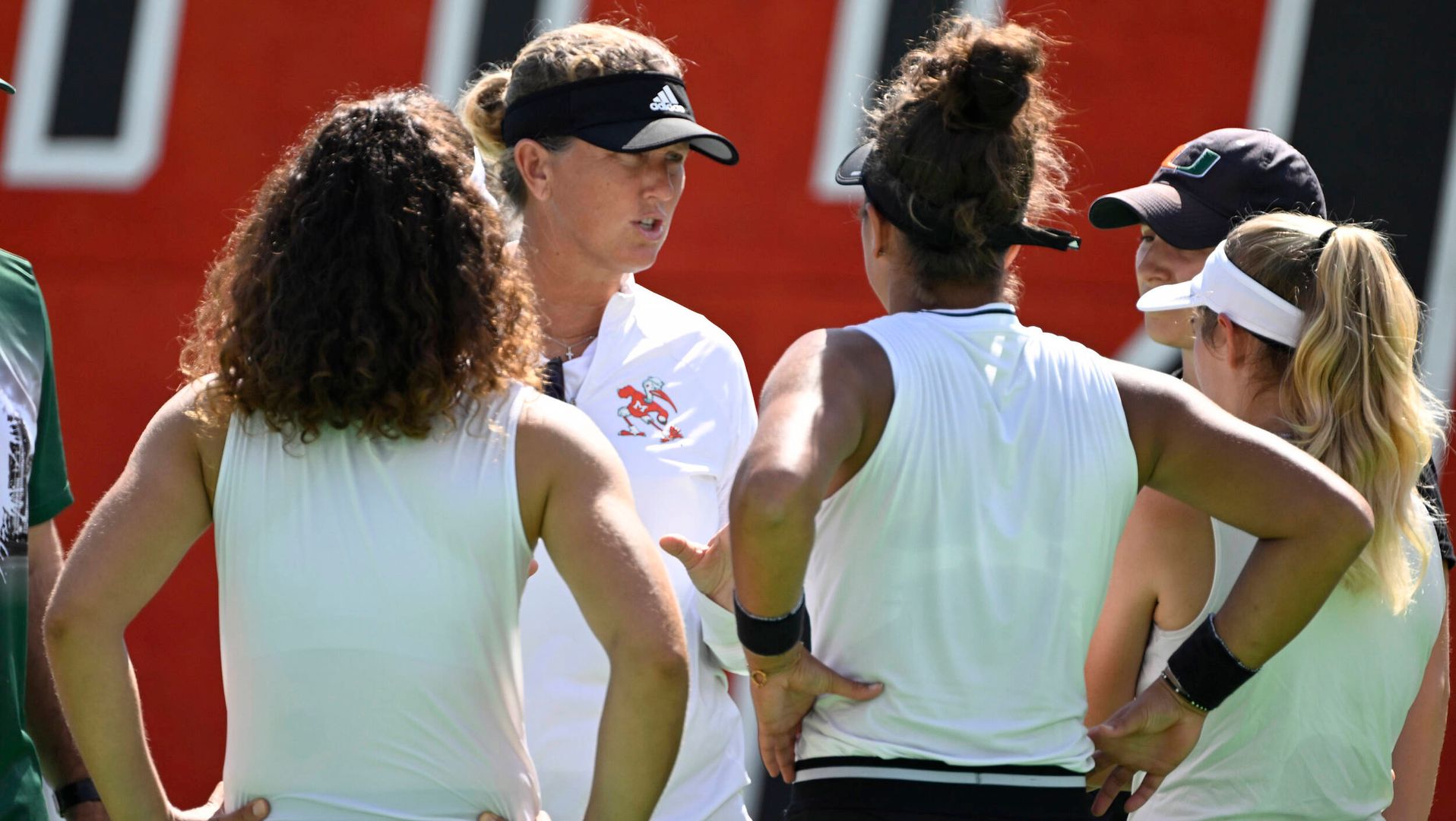 CORAL GABLES, Fla. – The University of Miami women’s tennis team is once again in the top 15 of the ITA national rankings with three top-80 singles players and two top-60 doubles pairs, as announced Wednesday morning.

The Hurricanes place No. 14 in the country on the team list, a six-spot drop after splitting a pair of matches last week. Miami fell, 5-2, Friday at then-No. 44 Notre Dame and then rebounded for a 7-0 sweep Sunday afternoon at Louisville.

Individually, fourth-year junior Daevenia Achong leads all Hurricanes in singles with a No. 31 rankings, while fifth-year senior Eden Richardson places No. 50 and sophomore Isabella Pfennig checks in at No. 80.

In doubles, Achong and Richardson hold the No. 28 spot, while third-year sophomores Diana Khodan and Maya Tahan earned a six-spot bump to No. 59 nationally.

The complete ITA poll can be found HERE. Beginning this week, all three sets of rankings will update weekly for the remainder of the year.

The Hurricanes open their final weekend of regular season play Friday at 5 p.m. against No. 71 Syracuse at the Neil Schiff Tennis Center.