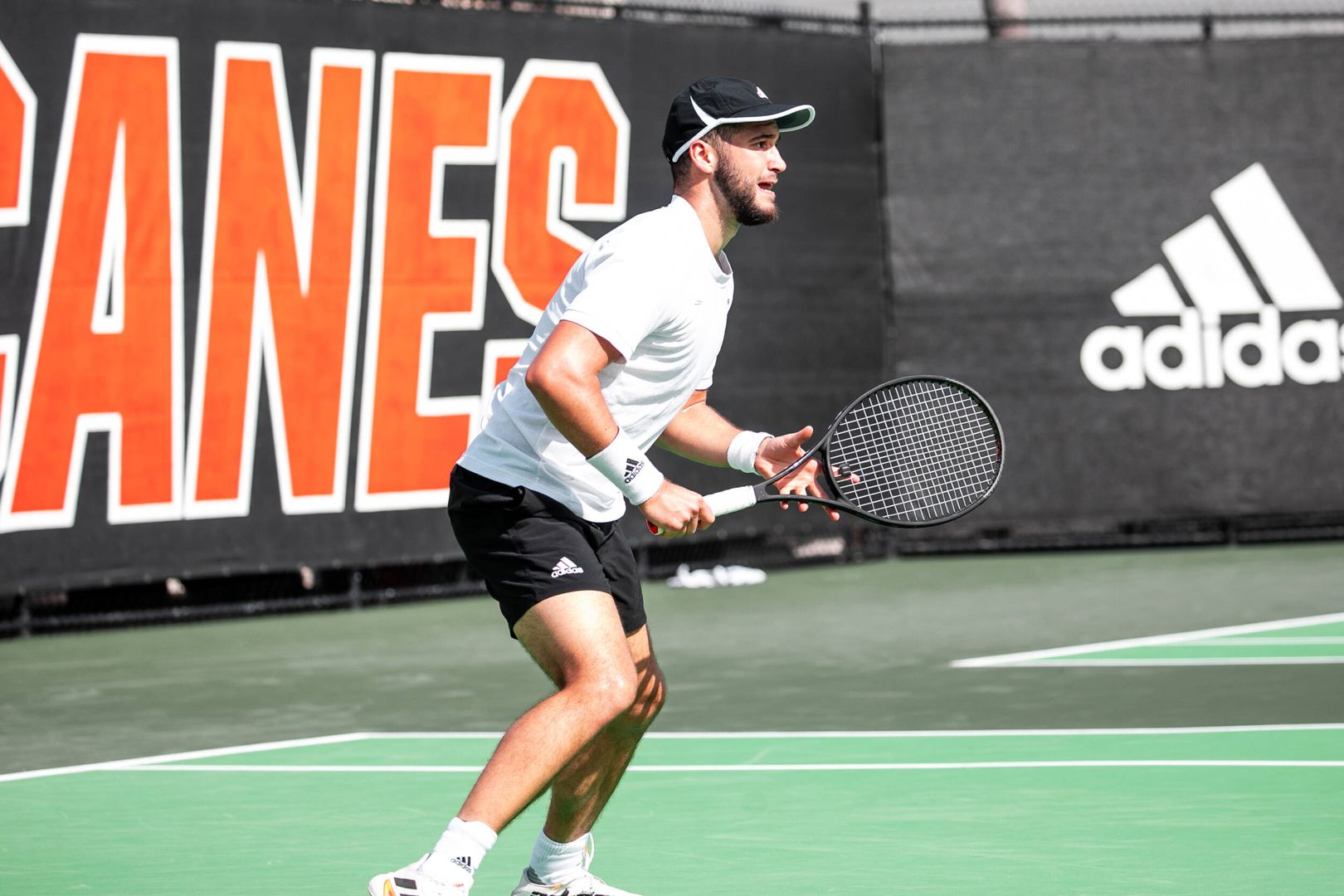 CORAL GABLES, Fla. – For the first time in his Miami career, University of Miami tennis player Dan Martin was named Atlantic Coast Conference Player of the Week, as announced by the league on Tuesday.

The accolade comes after Martin went 4-0 on the weekend across singles and doubles action, highlighted by a victory over Virginia’s No. 35 Inaki Montes de la Torre on Sunday.

Martin was the sole singles victory in Miami’s match against No. 8 Virginia where he rallied from down 1-6 in the first set to win set two, 7-5, before dominating the third-set tiebreak 10-4 to tally his fifth top-100 victory of the season.

With the pair of singles wins this weekend, the Laval, Quebec, Canada, native reached the 20-win mark in singles action, the first Hurricane to do so since Adria Soriano Barrera and Bojan Jankulovski in 2017-18.

Overall, Martin sits at 22-7 in singles play this season and holds an impressive 11-2 record at first singles. At doubles, the Canadian is 18-7 on the year.

Martin also tallied a pair of wins at third doubles alongside doubles partner Jankulovski. Both victories were decisive 6-1 wins for the graduate student. Since becoming a doubles pair in early March, Martin and Jankulovski boast a perfect 5-0 record.

Martin and the Hurricanes are back in action on Thursday when they travel to Atlanta to take on the No. 56 Georgia Tech Yellow Jackets. The match is slated to begin at 5 p.m.