The 2017 graduate will participate in the Sun’s 2022 training camp to vie for a spot on the team’s roster. Also attending training camp is 2020 draftee Beatrice Mompremier (’20) who accepted a qualifying offer from the Sun earlier this season.

“Keyona is a versatile post player with a high basketball IQ,” said Miller. “We are excited to have her in camp competing for a roster spot.”

Hayes ended her stellar career at Miami in the top 10 of three all-time statistical rankings. She tied for fifth among Hurricanes in games played (129), as well as placed seventh in field goal percentage (.511) and ninth in rebounding (754). A native of Marietta, Ga., Hayes also ranks No. 24 on Miami’s career scoring list (1,141).

During her final year at Miami, Hayes was selected to the ACC All-Tournament Second Team and named the Miami Thanksgiving Tournament MVP. She concluded her career with 14 double-doubles. 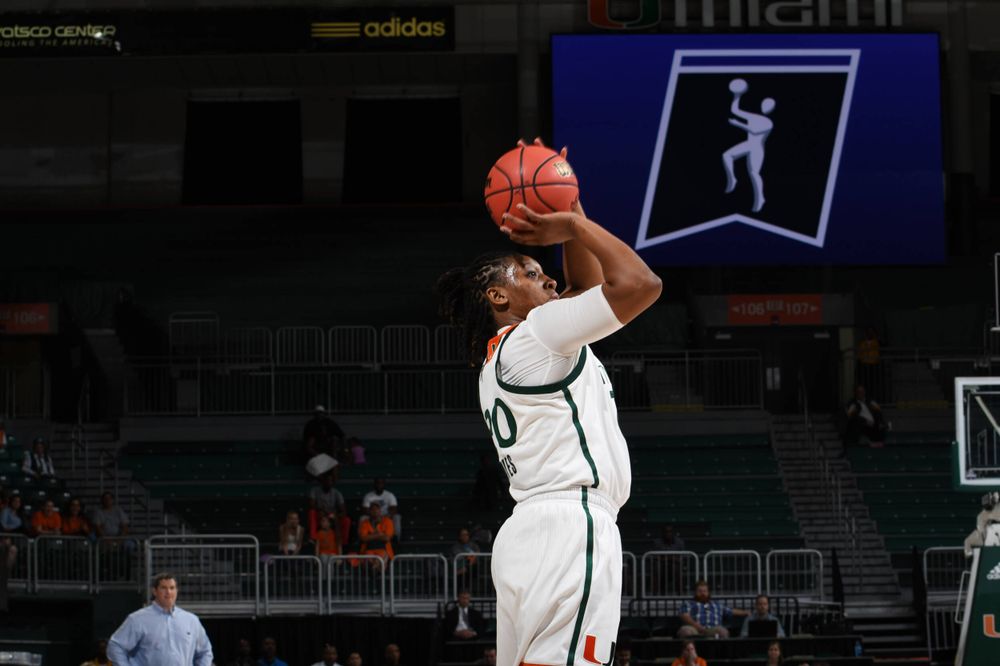