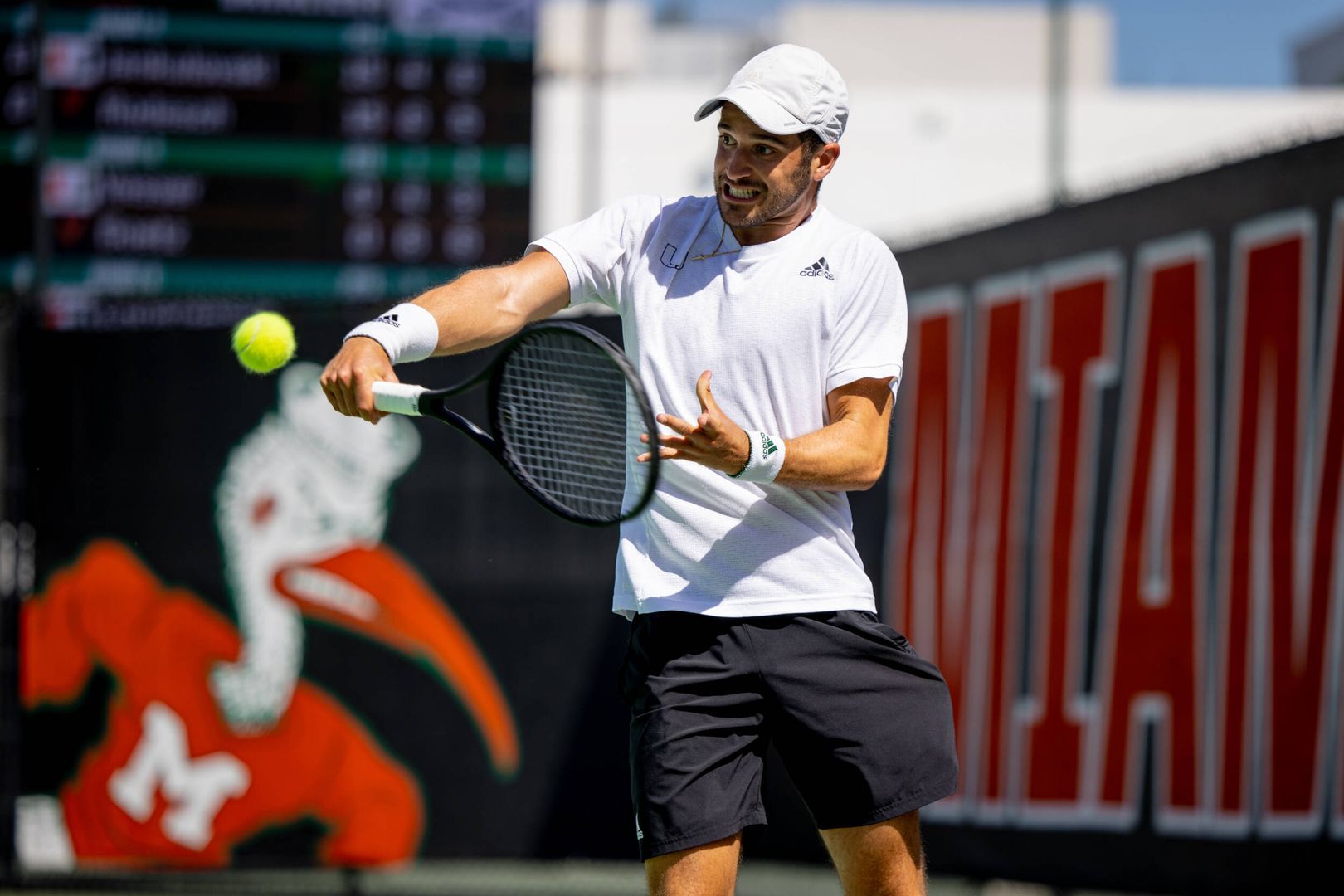 CORAL GABLES, Fla. – It was a top-30 showdown Sunday afternoon as the No. 28 Miami Hurricanes battled the No. 8 Virginia Cavaliers (17-5, 10-0 ACC) at the Neil Schiff Tennis Center. Despite a valiant effort from Miami in doubles and at first singles, the Cavaliers ultimately prevailed, 6-1 to stay atop the ACC standings.

The Hurricanes (14-8, 3-6 ACC) lone singles win of the day came at first singles, where graduate student Dan Martin downed No. 35 Inaki Montes De La Torre in a three-set thriller. Martin was tagged with an early 1-6 loss in set one of the match but rallied to take set two, 7-5.

The duo battled out the penultimate match of the day in a third-set 10-point tiebreak. Martin jumped out to an early 4-1 lead, which he eventually stretched to a 10-4 match-clinching score.

On court two, fifth-year senior Bojan Jankulovski hung with the No. 19 player in the nation, Chris Rodesch, forcing a second-set tiebreak. Jankulovski and Rodesch traded points in the tiebreak, but the Cavalier came out on top, 6-4, 7-6 (7-4), in the match.

Fourth-year juniors Juan Martin Jalif and Oren Vasser had to contend with ranked opponents of their own, taking on No. 28 Jeffrey von der Schulenburg and No. 70 Ryan Goetz, respectively. Jalif fell to his opponent, 2-6, 1-6, while Vasser came up short against Goetz, 4-6, 3-6.

On courts five and six, freshmen Martin Katz and Casper Christensen fell to their Virginia opponents, 2-6, 2-6 and 1-6, 0-6, respectively.

In doubles action, Martin and Jankulovski tallied Miami’s only doubles victory of the day with a 6-1 rout of Virginia’s Alexander Kiefer and Jackson Allen on court three.

The Cavaliers tied the doubles portion at one-all with a 6-4 win over Katz and Vasser at second doubles. With the doubles point on the line, Jalif and fourth-year junior Franco Aubone rallied from down 3-5 to tie the match at five-all, but could not complete the comeback, falling to No. 49 Rodesch and Bar Botzer, 5-7.

The Hurricanes look to return to the win column on Thursday when they head to Atlanta to take on the No. 56 Georgia Tech Yellow Jackets. The match is slated to being at 5 p.m.