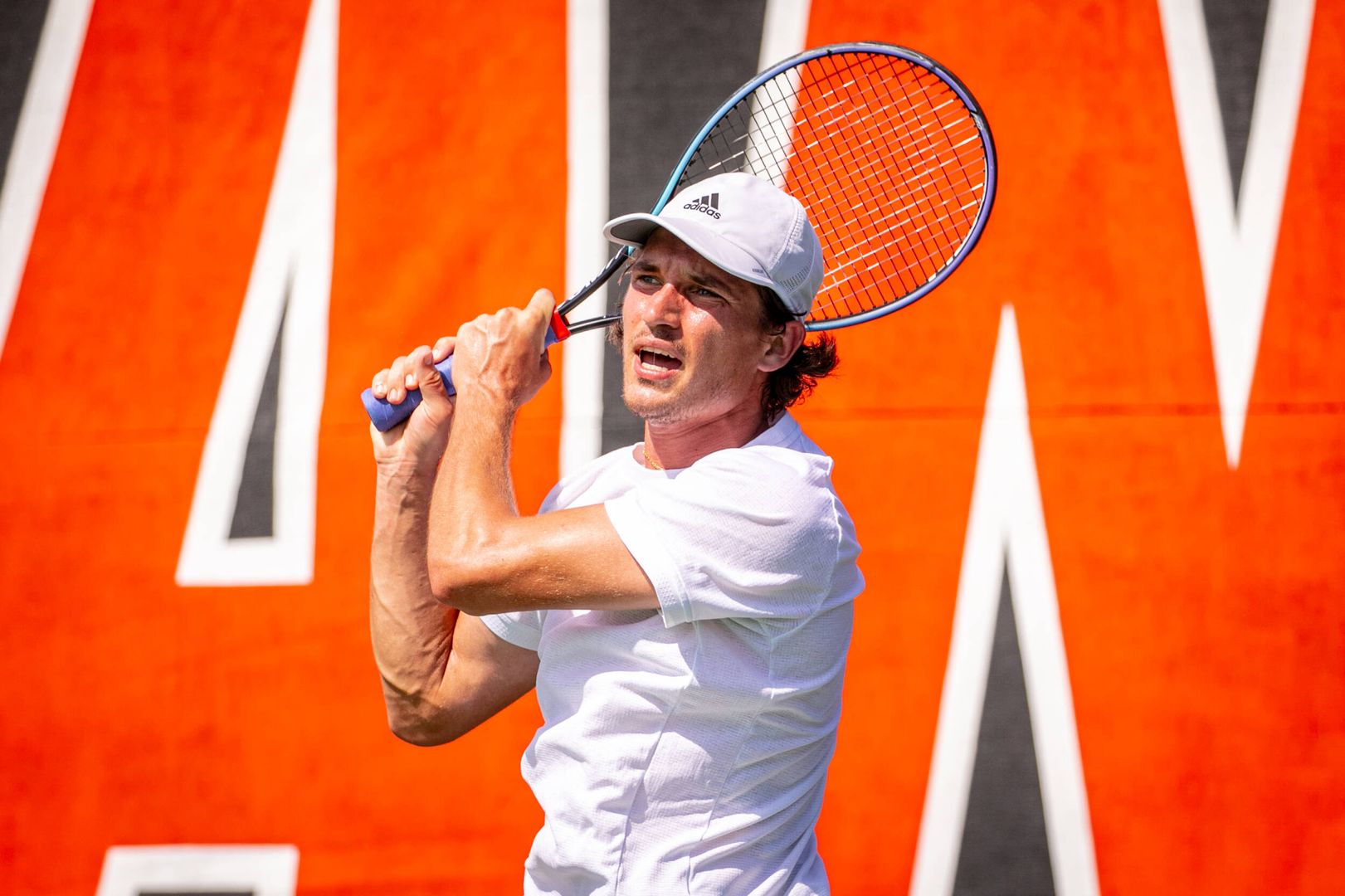 Miami Closes Out Home Slate Against Virginia and Virginia Tech

CORAL GABLES, Fla. – The University of Miami Men’s tennis team returns home to the Neil Schiff Tennis Center for its final two home matches of the regular season this weekend. The Hurricanes will host the Virginia Tech Hokies on Friday at 3 p.m., before taking on No. 8 Virginia at 1 p.m. on Sunday.

The No. 28 Hurricanes (14-6, 3-5 ACC) will be looking for a third consecutive win in their penultimate home match of the season Friday, after tallying a 4-1 victory over Boston College just a week ago.

The doubles duo of fourth-year juniors Franco Aubone and Juan Martin Jalif will look to return to the win column against the Hokies after getting tagged with their first loss of the season at Boston College.

Aubone has also become a presence in the singles lineup, winning his last three matches, including the match clinching point at sixth singles against Florida State. On Sunday, Miami will take on its 10th ranked opponent of the season in No. 8 Virginia. The Hurricanes are 4-6 against top-50 teams but have yet to best a top-10 opponent. The last time Miami faced a team ranked in the top 10, they fell just short of the upset, facing a 3-4 defeat to No. 7 Wake Forest.

Fans are encouraged to arrive early on Friday and Sunday as the first 50 fans will receive free pizza and a raffle ticket for adidas swag. Raffle tickets may be picked up at the entrance to the Neil Schiff Tennis Center and prizes will be available for pick up after all singles first sets have been completed (approximately two hours after the match begins).