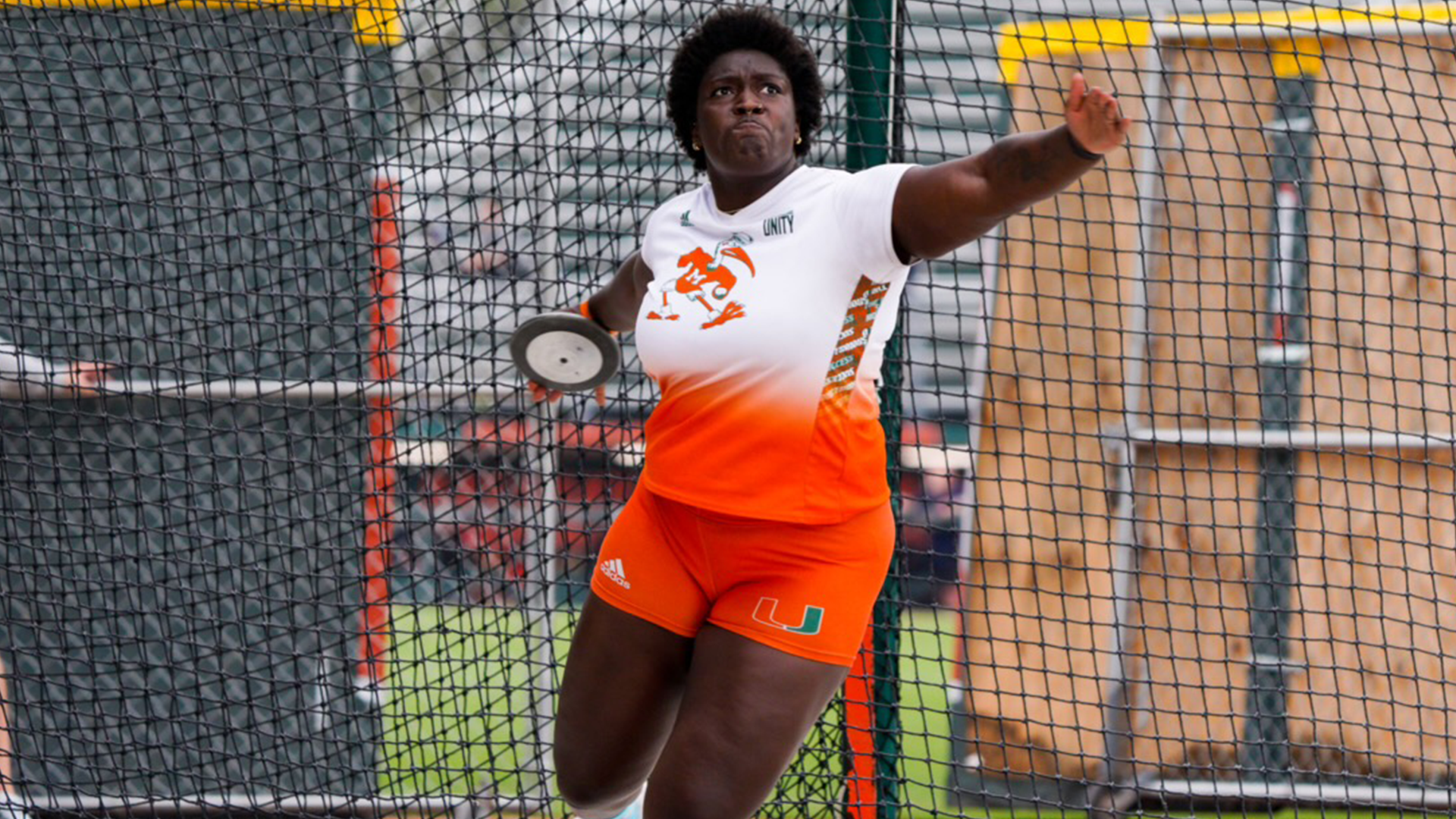 CORAL GABLES, Fla. – The University of Miami track and field team opened action at the Hurricane Alumni Invitational with field events on Friday.

Fifth-year thrower Debbie Ajagbe won the discus invitational with a throw of 55.41 meters (181-9). Teammate Kristina Rakocevic notched a mark of 50.45 meters (165-6) to earn third in the event.

Ajagbe added a fourth-place finish in the hammer throw after reaching the 59.59-meter (195-6) mark.

Rounding out the women in the field events was Taylor Wright in the high jump. The junior jumper reached 1.73 meters (5-8), resulting in a fourth-place finish.

The duo of Justin Forde and Isaiah Holmes jumped 2.07 meters (6-9.5) in the high jump to open their weekends.

Day Two of the Hurricane Alumni Invitational is set to begin at 10 a.m. (ET) with the men’s javelin. Miami’s first event is scheduled to start at 2:30 p.m. with the women’s 3000-meter steeplechase.

The Hurricanes will honor their seniors at approximately 6:20 p.m. tomorrow night during the final day of the meet.