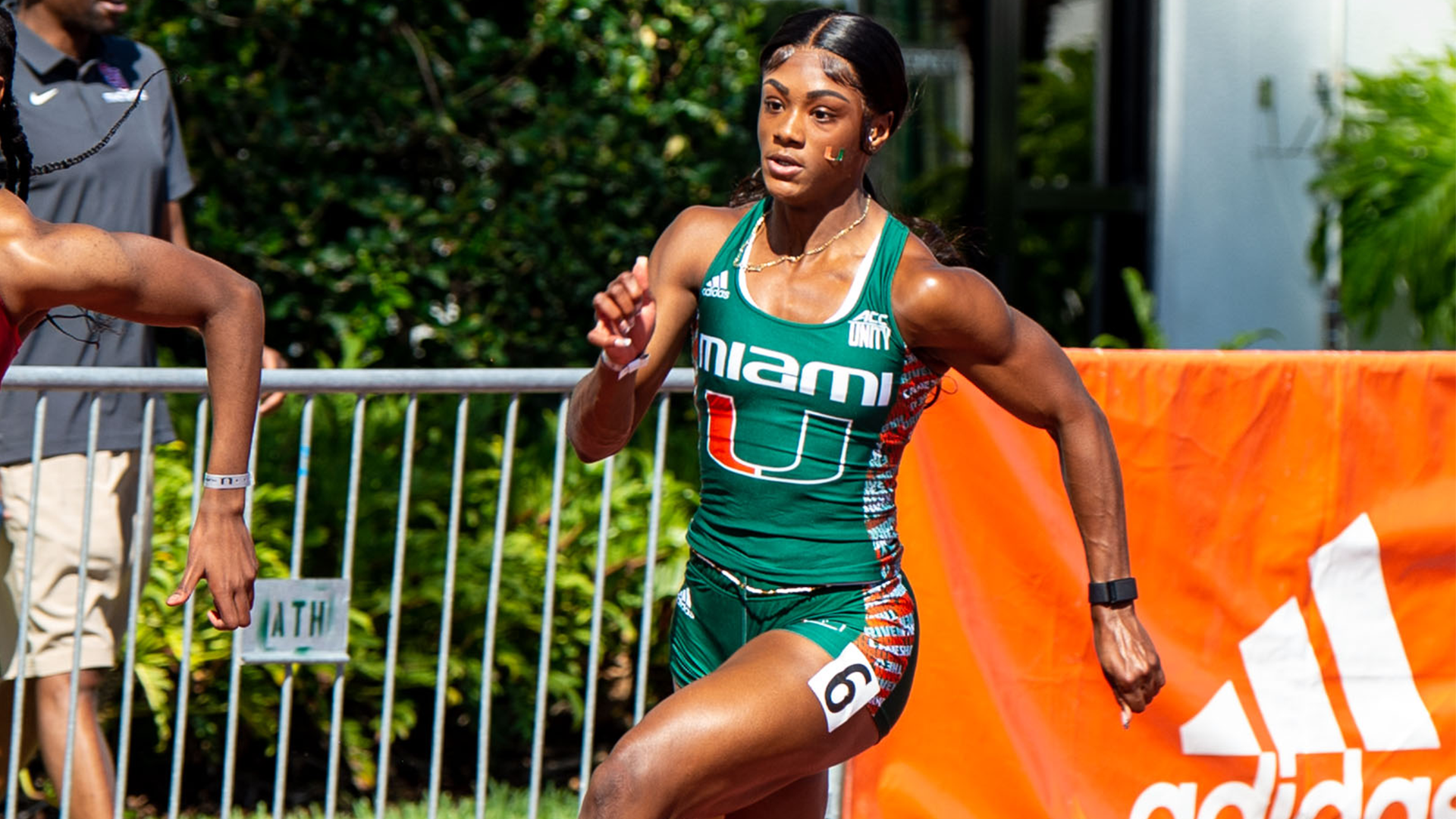 CORAL GABLES, Fla. –  A week out from a competition derailed by inclement weather, the Miami Hurricanes track and field team returns to the track this weekend.

Friday and Saturday, the Canes will host the Hurricane Alumni Invitational at Cobb Stadium.

Events on Friday are scheduled to start at 10:30 a.m. (ET) with the men’s discus, while Saturday is set to begin at 2:30 p.m. with the women’s 3000-meter steeplechase. All times are subject to change.

Miami will honor its seniors on Saturday night at 6:10 p.m.

The full list of events can be found HERE.

Led by graduate student Decio Andrade, the men’s squad enters the weekend ranked 12th in the USTFCCCA Poll. Andrade leads the country with a hammer throw of 71.76 meters.

The Camacha, Portugal, native is joined in the top 10 national rankings by teammates Ayman Zahafi, Russell Robinson and Isaiah Holmes. Zahafi ranks fifth in the 800 meter with a time of 1:47.44, while Holmes’ 7.83 meter long jump is seventh best. Robinson is currently second with a mark of 16.23 meters in the long jump and ninth after registering a 7.81-meter-long jump.

Six women represent the Hurricanes in the top-25 in their respective events.

Debbie Ajagbe is fifth in the discus with a throw of 57.10 meters. Fellow thrower Hannah-Sophia Hall notched a 16.75-meter shot put at the Hurricane Collegiate Invitational, resulting in the 17th farthest mark in Division I. Rounding out the field events is Ashley Moore who is 20th in the long jump at 12.85 meters.

On the track, Miami is top-25 in three events. Alfreda Steele clocked in at 23.22 in the 200 meter at the Hurricane Collegiate Invitational to rank 16th. Steele, along with Jacious Sears, Lauryn Harris and Mercy Ntia-Obong, are ranked 25th in the 4×100 meter relay after the team ran to a finish of 44.65 at the Hurricane Invitational.