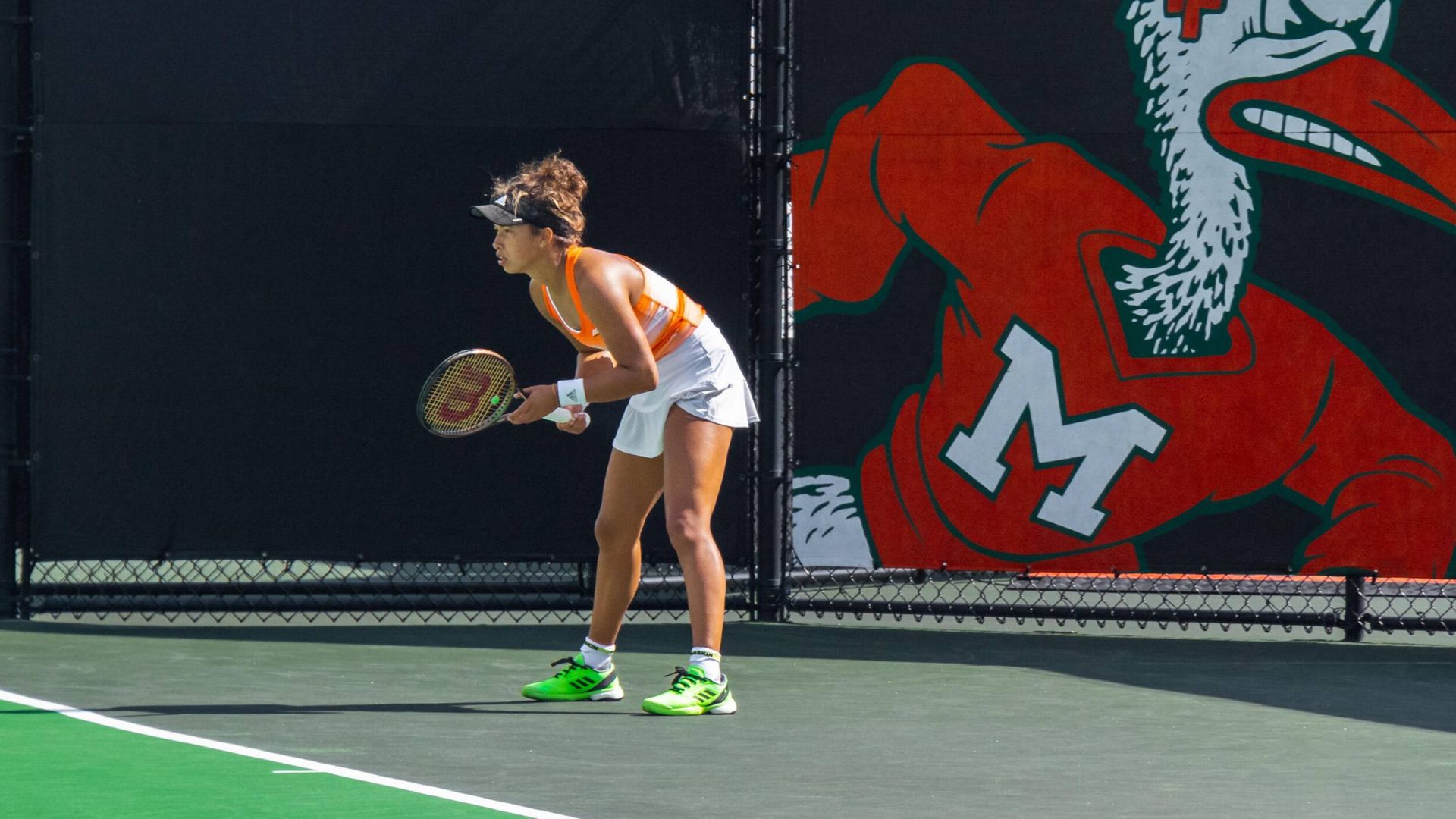 Achong Rises to Career-Best No. 28 Nationally

The fourth-year junior moved up 24 spots and now checks in at No. 28 in the country, the highest mark of any Hurricane in 2022. Achong was unranked Feb. 9 and has since moved all the way into the top 30 for the first time in her superb career.

A native of Geleen, Netherlands, Achong is 15-4 this spring, including 14-2 in dual matches and 9-0 in ACC play. She is currently on a 12-match winning streak and has not lost since Jan. 29, over two months ago. Since the start of February, the 5-foot-8 right-hander is 6-0 versus ranked foes, with three top-25 wins, including two since the last rankings release.

Two other Hurricanes once again join Achong on the singles list, with fifth-year senior Eden Richardson placing No. 48 and sophomore Isabella Pfennig holding the No. 74 spot.

In addition, Miami also has two doubles pairs in the ITA rankings, as has been the case the majority of the spring. Achong and Richardson retained their No. 20 spot on the list, while third-year sophomores Diana Khodan and Maya Tahan now place No. 65.

The Hurricanes are again in the top 10 of the team rankings, coming in at eighth nationally. This is the fourth consecutive week Miami is in the top 10.

The complete ITA poll can be found HERE. The team rankings update each week, while the individual lists change every other week.

Miami is back in action Friday at 3:30 p.m. in Notre Dame, Ind., where it plays No. 44 Notre Dame to begin its final road swing of the regular season.