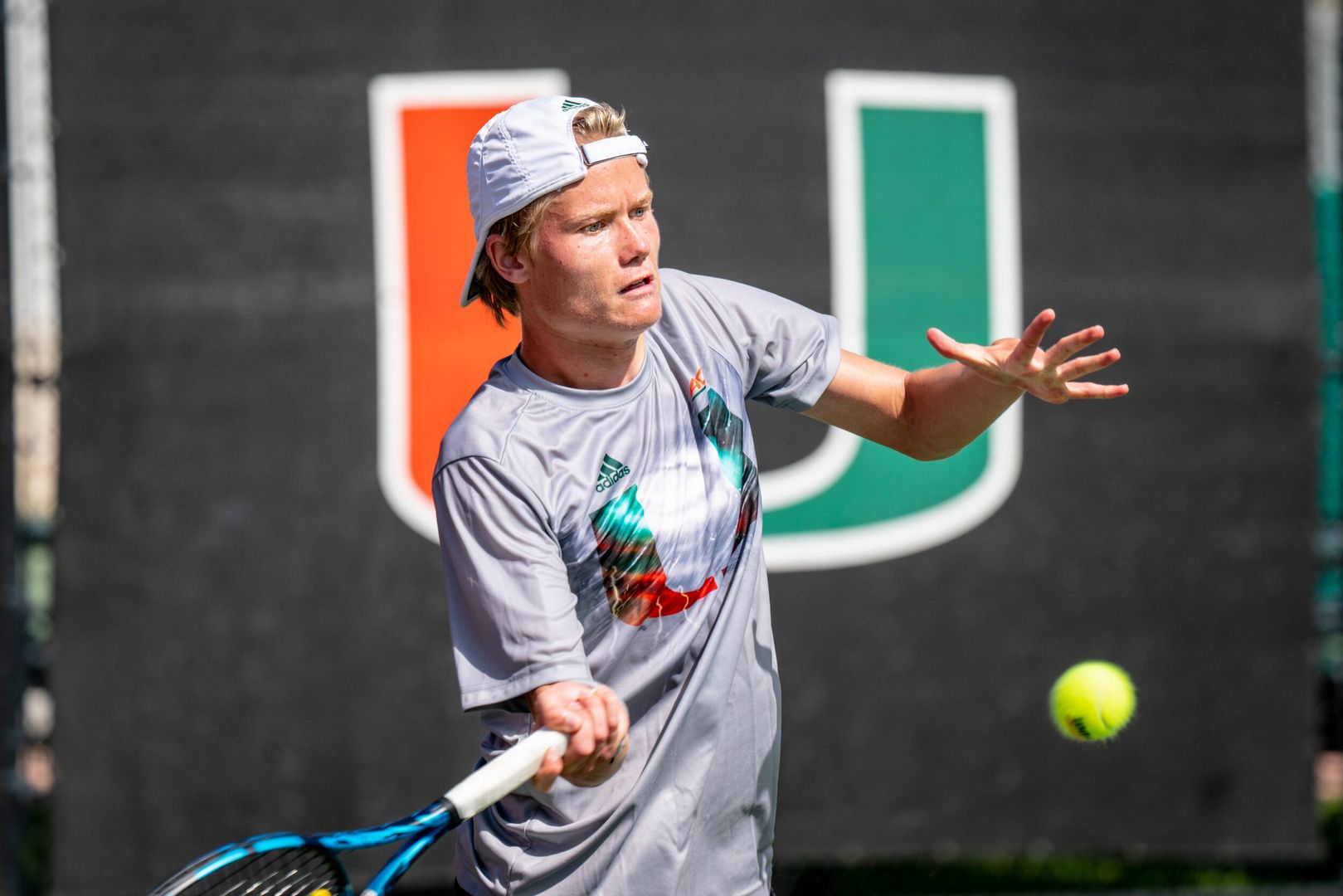 Miami has had success against Florida State in recent years, winning the last three matches between the programs. Two of the three matches – 2019 and 2020 – were 4-0 sweeps for the Hurricanes, while last year’s contest was a 4-2 victory in favor of Miami.

The doubles duo of fourth-year juniors Franco Aubone and Juan Martin Jalif have found their rhythm over the last few matches, posting a 3-0 record since becoming a doubles team in early March. The pair are 2-0 at first doubles and 1-0 at second doubles this season.

Wednesday’s match will be full of excitement on and off the court as the Hurricanes are hosting numerous giveaways throughout the match. Among the giveaways are adidas duffle bags, adidas polos, an adidas suitcase and a Miami men’s tennis match shirt. Fans can pick up raffle tickets at the entrance to the Neil Schiff Tennis Center. The first 75 fans will also receive free pizza.