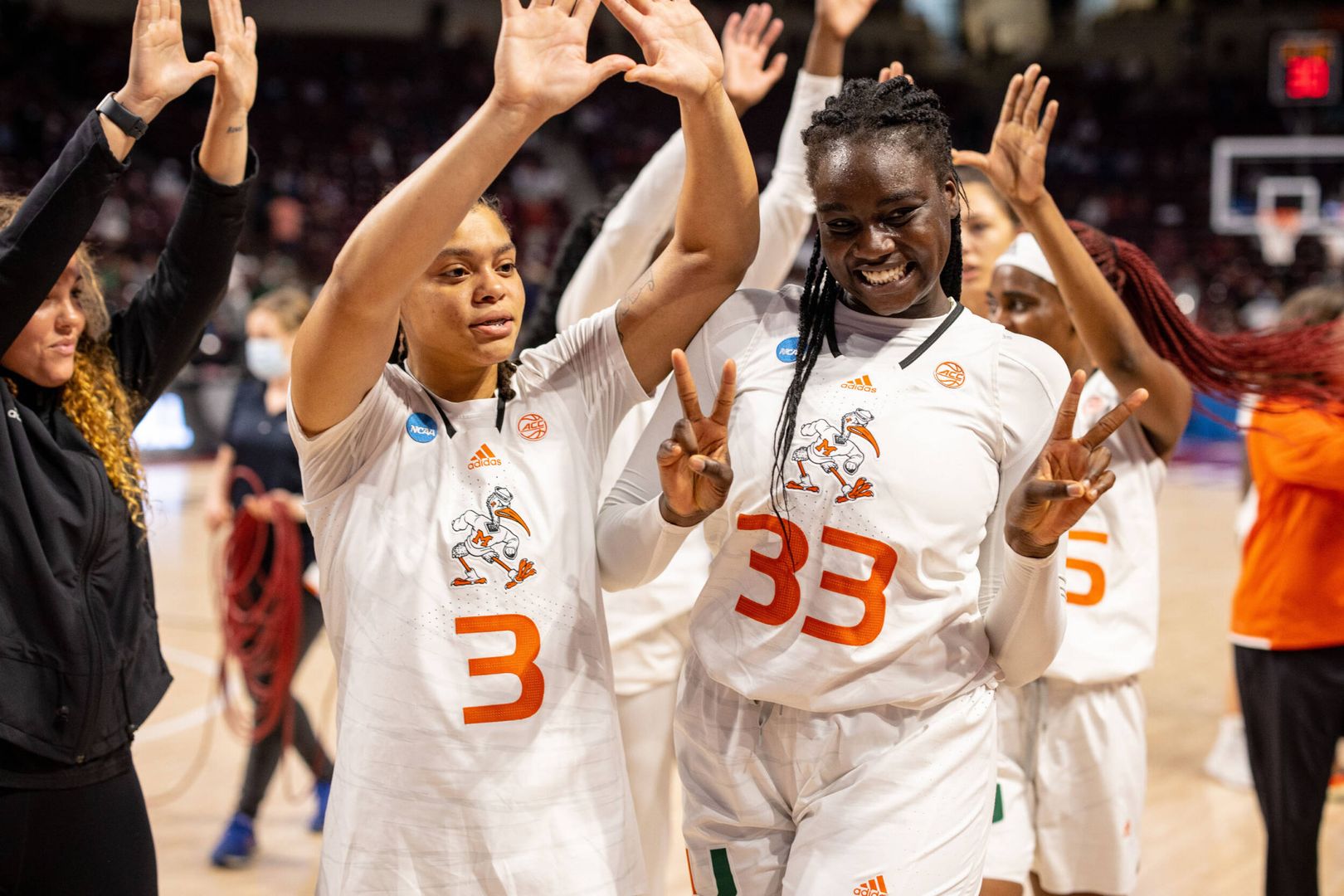 COLUMBIA, S.C. – The University of Miami women’s basketball team is still dancing after defeating ninth-seeded South Florida, 78-66, in the first round of the NCAA Tournament in Columbia, S.C., on Friday afternoon.

“I want to give a ton of credit to South Florida because they are very hard to score against and I always have so much respect for them,” head coach Katie Meier said. “I had my two steady eddies that keep me sane [in Karla Erjavec and Kelsey Marshall], but it was the other players, too. I think we had 29 points off the bench and that is the game.”

The Hurricanes are now 6-3 all-time in first round games under Meier and recorded their eighth NCAA Tournament victory in program history on Friday. The victory over South Florida also marked Meier’s 400th career victory. 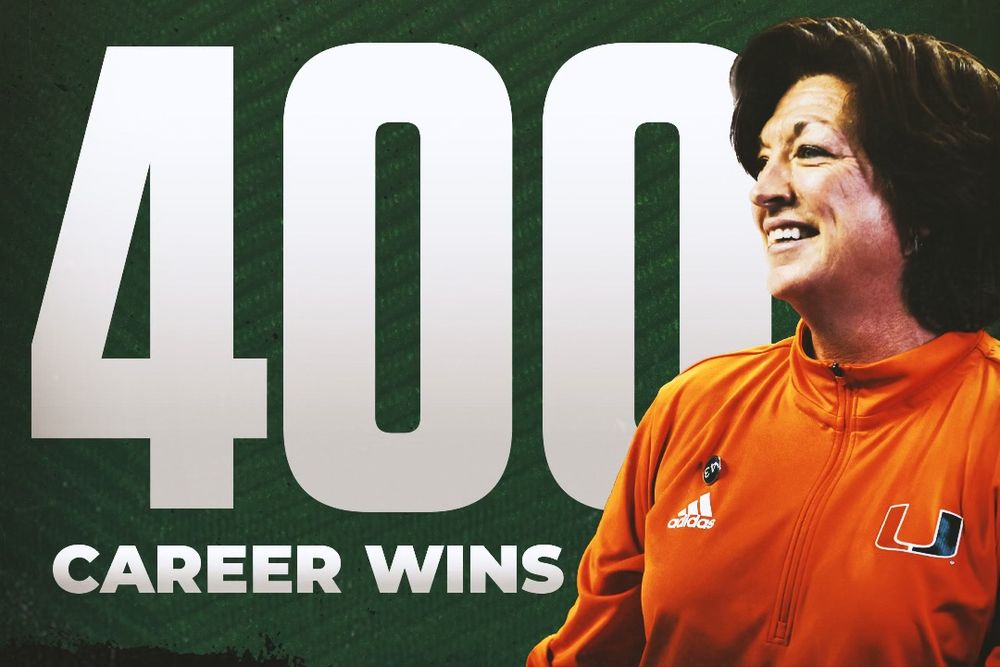 The total team effort was evident even beyond the top scorers as 10 different Miami players recorded a bucket in the game. On the boards, 10 Hurricanes also hauled in a rebound, paced by Erjavec and Pendande, who logged five rebounds apiece.

While the Bulls got on the board first on a free throw, the Hurricanes knocked down back-to-back 3-pointers from Marshall and Erjavec to take an 8-1 lead two minutes into the game. Miami closed the first quarter on a 9-0 run, thanks to four baskets from four different Hurricanes.

Miami shot 66.7 percent from the field in the first quarter to hold a 24-11 lead after 10 minutes of action. The Hurricanes’ 24 points in the first are the most points scored in a quarter in an NCAA Tournament game in program history.

Miami’s offense continued to fire on all cylinders in the second, reaching the 20-point mark for the second straight quarter. Freshman Lashae Dwyer was electric for the Hurricanes in the frame, totaling eight points on 4-of-4 shooting. While Miami led by as much as 19 in the second, South Florida put together a 10-2 run of their own to pull to within 11, 44-33, heading into halftime.

South Florida cut the lead to single-digits on a 3-pointer to open the third quarter, but Williams went hard to the basket to stretch Miami’s lead back out to 10 at the 9:22 mark. The teams traded baskets throughout the frame, but Erjavec would not be denied, totaling a team-best seven points in the third to give Miami a 66-53 advantage at the end of the quarter. 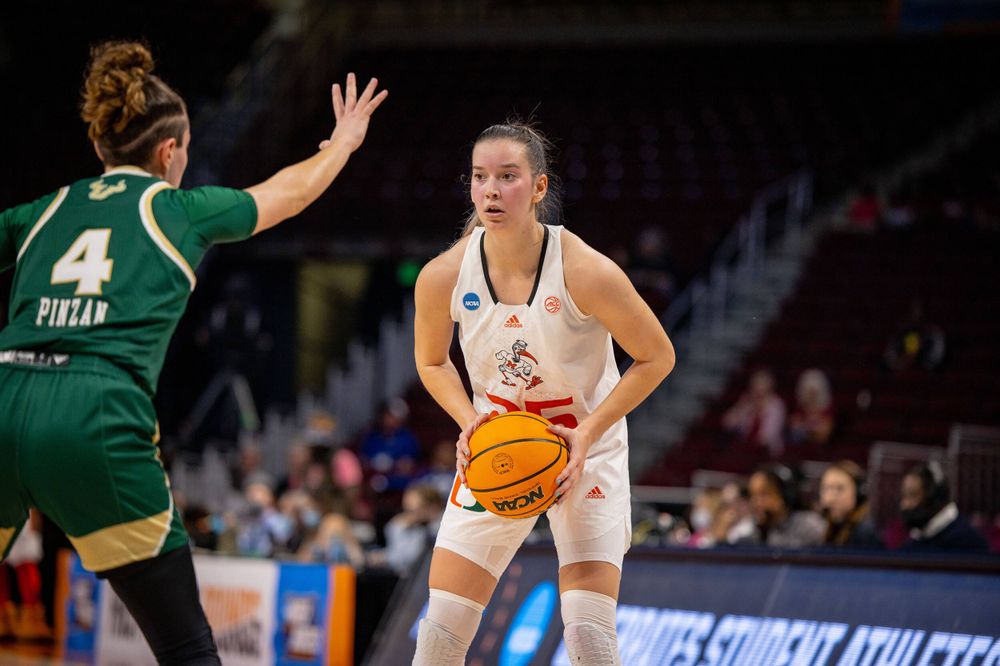 The Bulls chipped away at the Miami lead in the early minutes of the fourth, posting an 8-0 run to make it a single-digit contest with 6:24 to go. However, Djaldi-Tabdi hauled in a critical offensive rebound and put the ball in the basket to halt the South Florida run. Erjavec and Marshall closed the game out for the Hurricanes, recording six and four points in the final 10 minutes, respectively.

The Hurricanes will face off with the winner of first-seeded South Carolina and 16th-seeded Howard on Sunday, March 20. The game time and network designation will be announced at a later time. 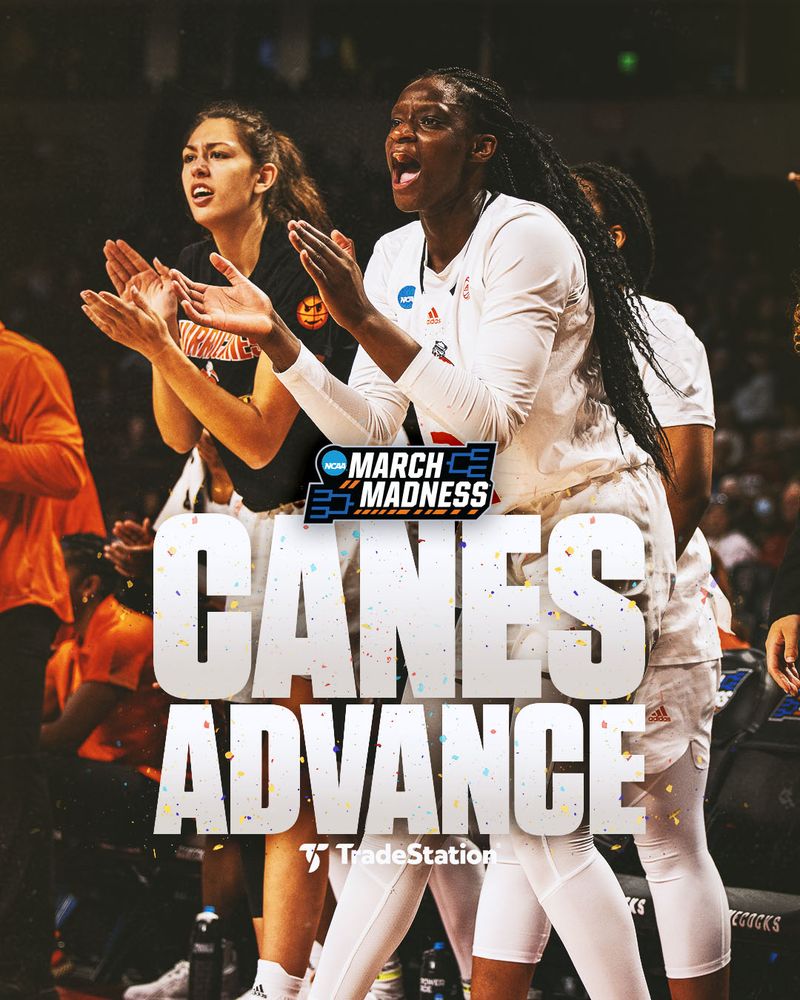