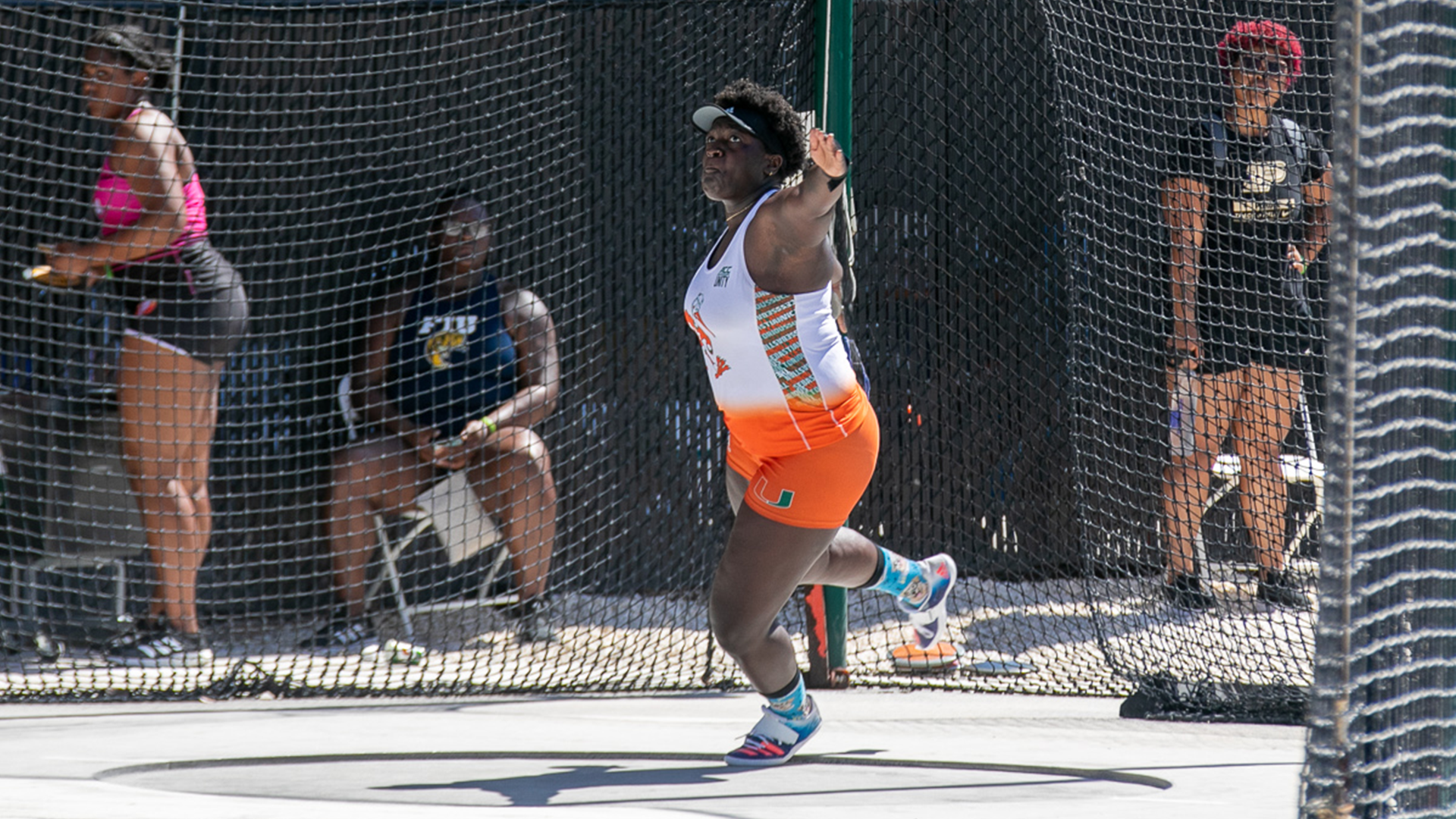 CORAL GABLES, Fla. – The final throw of the day for Debbie Ajagbe secured her win and the second-best NCAA discus mark this year to open the 2022 outdoor season at the Hurricane Invitational on Friday.

Ajagbe tallied a throw of 55.88 meters on her way to the event victory. She was joined in the top-four by teammates Kristina Rakocevic and Selina Dantzler. Rakocevic recorded a mark of 50.89 meter, the seventh-farthest throw in the country this season, to take second. Dantzler rounded out the top-four with a throw of 48.71 meters.

In similar fashion to how she opened the indoor season, Daphnee Lavassas broke a school record. She clocked a 3000-meter time of 9:34.27 to break a 33-year-old program record. The previous time of 9:37.40 was set by Dianna Adams in 1989. Lavassas finished first in the race.

The day began for the Hurricanes with a strong performance from the throws group. Jeff Williams opened the day with a runner-up finish in the discus, notching a throw of 52.64 meters.

A pair of Canes – Savannah Hossfeld and Bianca Banato – finished first and second, respectively, in the 2000-meter steeplechase. Hossfeld crossed the finish line in 7:12.68, while Banato finished in 7:18.63.

Miami closed the day with the duo of Justin Rittenhouse and Austen Cannon earning two of the top three spots in the 3000 meter. Rittenhouse ran to the win in a time of 8:43.40 and Cannon notched third place in 8:53.31.

Action at the Hurricane Invitational will conclude tomorrow with events scheduled to begin at 11 a.m. (ET) with the women’s javelin throw. Admission is free for fans and all the action can be streamed on ACC Network Extra.