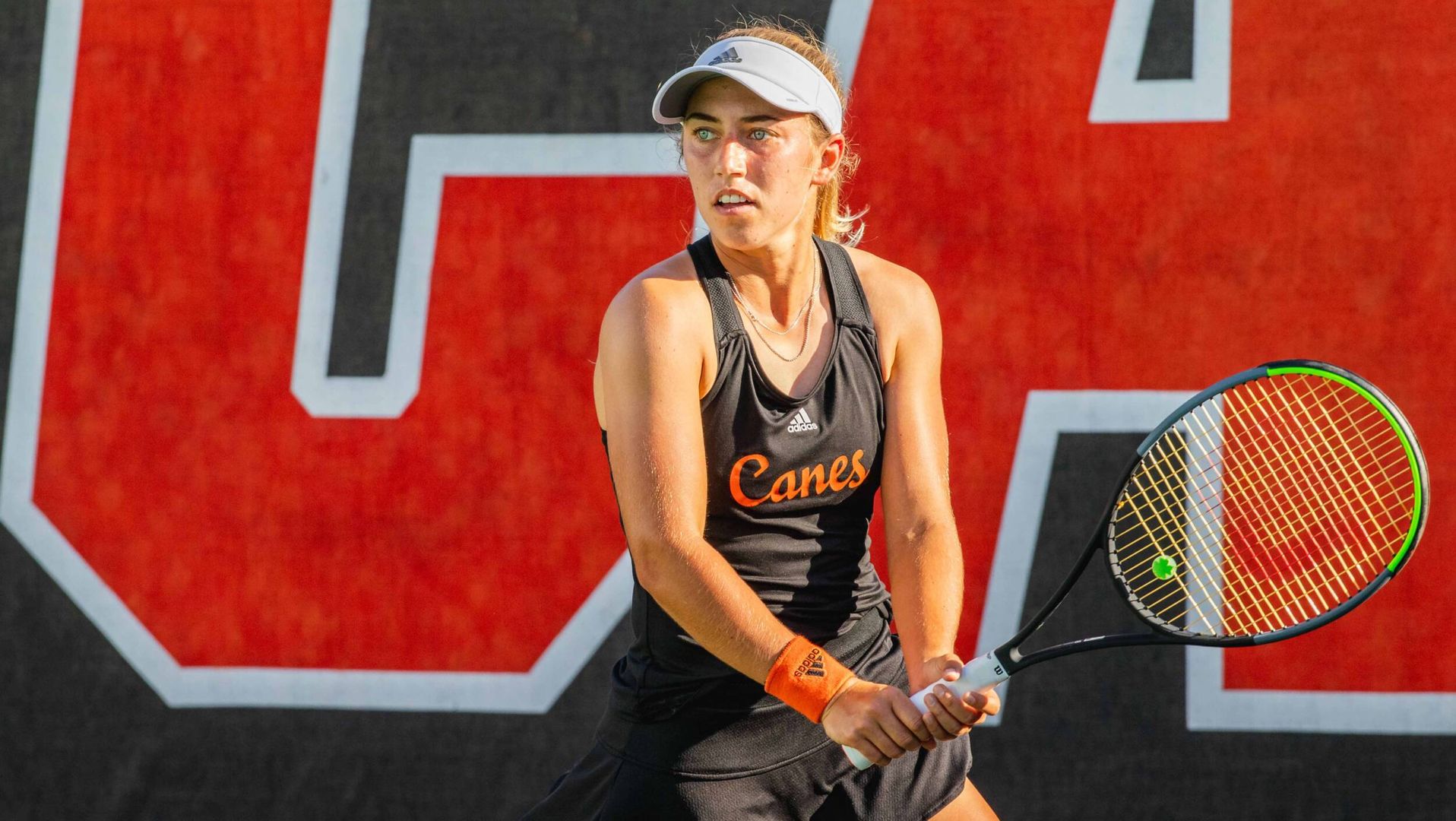 CORAL GABLES, Fla. – The University of Miami women’s tennis team is now in the top 10 of the ITA national rankings, as announced Wednesday morning.

Miami is the fourth of 10 ACC teams in the ITA rankings, six of which are in the top 25. The Hurricanes are joined by top-ranked North Carolina, second-ranked NC State, fifth-ranked Duke, No. 11 Virginia, No. 21 Wake Forest, No. 33 Georgia Tech, No. 46 Notre Dame, No. 59 Florida State and No. 62 Clemson.

The complete ITA poll is available HERE. The team rankings update each week, while the individual lists change every other week.

The Hurricanes are back in action Friday at 3 p.m. when they square off with Virginia Tech in Blacksburg, Va.