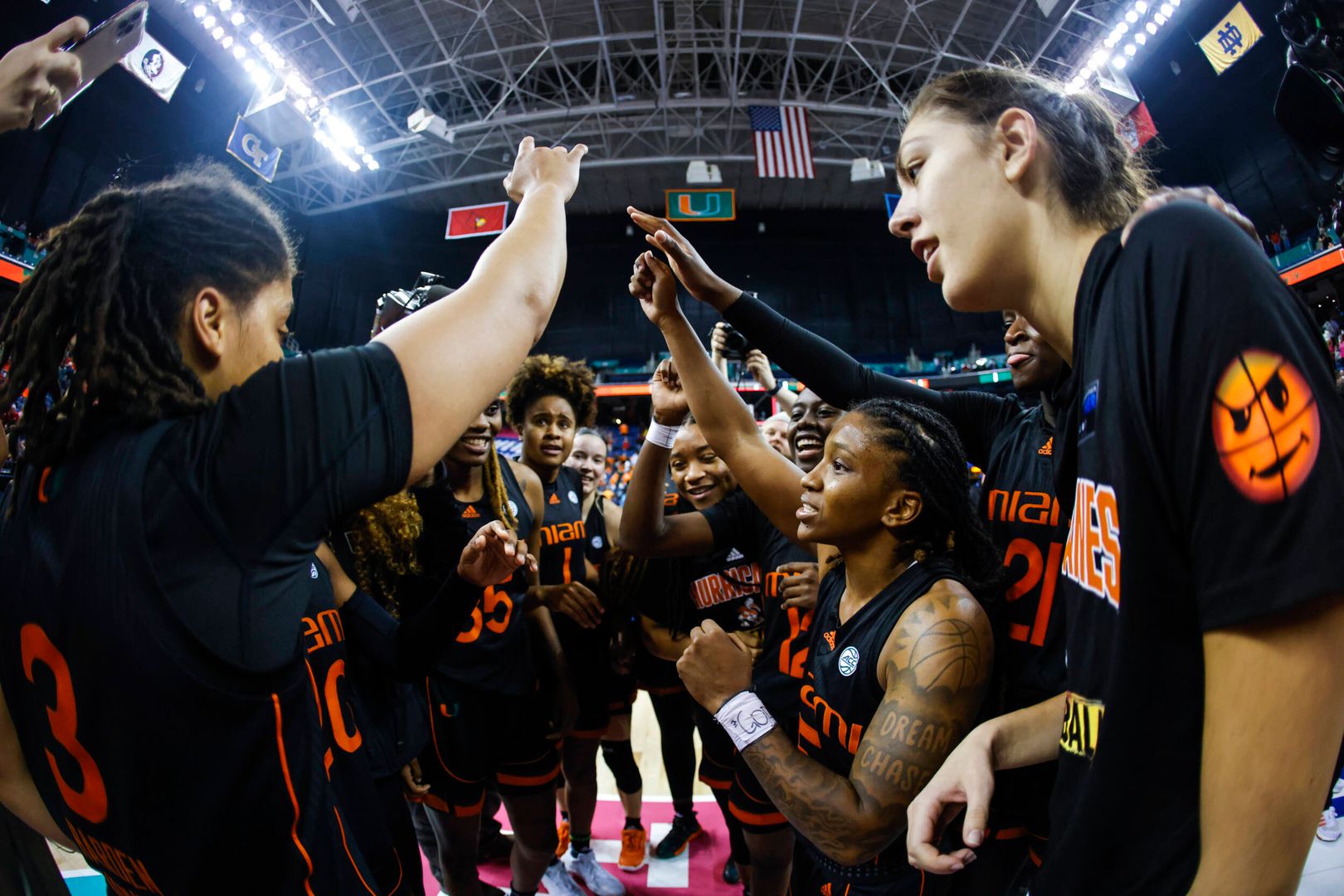 CORAL GABLES, Fla. – It’s time to break out the dancing shoes as the University of Miami women’s basketball is set to participate in the 2022 NCAA Tournament.

Miami’s name was called within the first 20 seconds of the NCAA Tournament Selection Show beginning, a moment that validated the Hurricanes hard work over the last few weeks.

“It was an affirmation for us,” head coach Katie Meier said. “We had a solid resume, so we felt pretty good about our chances. When our name was called, it was such a happy moment with the team. They have given us so much joy this year, so I just wanted to be able to share in the moment with them.”

The Hurricanes will head to Columbia, S.C., to participate in the 15th NCAA Tournament in program history and the ninth under Meier. Miami made five straight NCAA Tournament appearances between 2014-19 but fell short of earning a bid last season. For a few Hurricanes, the chance to play in the NCAA Tournament was a driving force behind returning for an extra year.

“I came back for this exact reason and I am extremely grateful that Coach Meier let me come back,” graduate student Kelsey Marshall said. “We had a tough year, but we finished out strong and we felt like we had a really good chance of getting in. I’m excited and ready to play.”

For 11 of Miami’s 14 players, this will be a new and exciting experience.

“This is my first March Madness and, with the excitement around it, I’m ready to get on the court and compete in the biggest tournament in college basketball,” senior Karla Erjavec said. 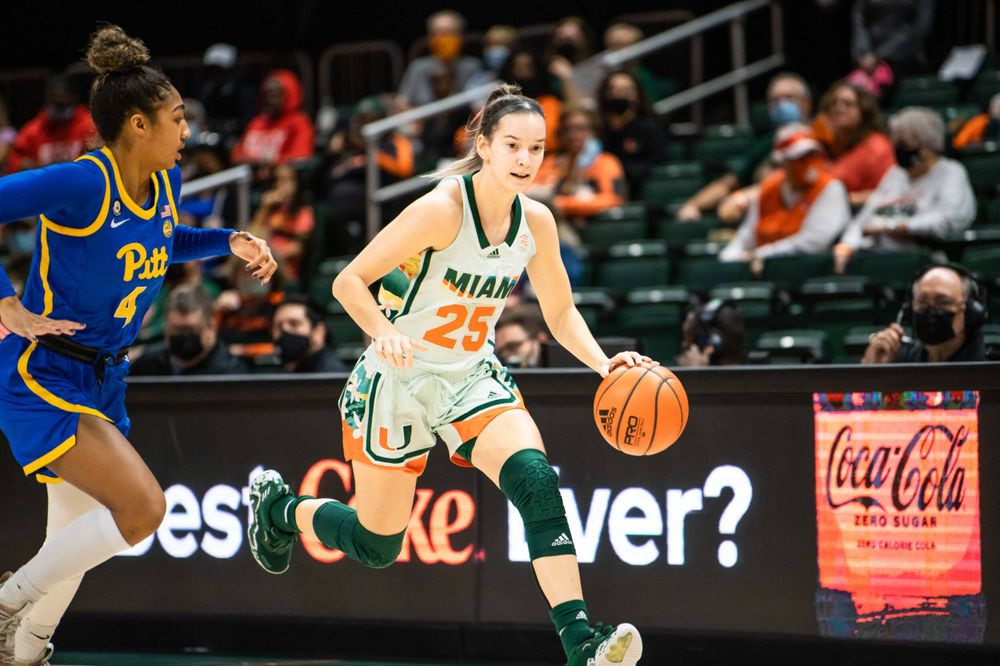 The Hurricanes will face off with a Florida-based team for the third time in their last four NCAA Tournament appearances, taking on the South Florida Bulls in the first round of this year’s tournament. While the Hurricanes and the Bulls haven’t played a regular season game since, 2011, the teams are still very familiar with each other.

Overall, Miami holds a 29-11 edge in the series and has won eight of the last 10 meetings, but the Hurricanes know that it will take a total team effort to come out on top on Friday.

“We are telling the younger players to never take a game lightly,” Marshall said. “Any team in the [tournament] can beat you, so we have to come out hard, ready to fight and compete.”

Competing is what the Hurricanes have done over the last few weeks, taking down ranked opponent after ranked opponent in the month of February. Miami is arguably one of the most-improved teams this season, dominating its final 10 games to the tune of an 8-2 record.

Three of the Hurricanes’ victories came over ranked opponents, including upsets of No. 4 Louisville and No. 20 Notre Dame in the ACC Tournament. Miami’s only losses in the 10-game stretch came at No. 23 Virginia Tech and against No. 3 NC State in the ACC title game.

Despite falling short in the ACC Championship, the Hurricanes learned a valuable lesson, playing in front of 9,253 fans in Greensboro, N.C., a majority of whom were wearing red.

“I told the team, ‘It’s going to feel just like the ACC Tournament Championship because, in order to get to the Final Four in women’s basketball, unless you are a host, you have to play a really great team on their home court,’” Meier said. “And that is something we just experienced in Greensboro.”

The Hurricanes look to carry momentum from their ACC Tournament run into the NCAA Tournament, where they are hoping to earn the program’s first Sweet Sixteen berth since 1992.

“Our run in the ACC Tournament showed that we can compete with any team in the country, no matter their rankings, and we want that to continue in the NCAA Tournament,” Marshall said. “Since the beginning of the season, we’ve shown that we are able to compete. This time we didn’t almost beat a team, we actually beat them, so that gives us confidence heading into the tournament.”

The Hurricanes are clicking when it matters most and a lot of that can be attributed to the team culture this season.

“The team chemistry this year is phenomenal on and off the court,” graduate student Destiny Harden said. “We love each other and care for each other and it shows on the court. Having that connection this year is probably why we are winning a lot of games. We have freshman who are excited, awesome transfers and returning players with great vibes.”

The love the Hurricanes have for each other and the toughness they play with was palpable during the ACC Tournament and it made a lot of people sit up and take notice.

“You had to fall in love with our team, not just because we made it to the championship, but because of how we play and how much we love each other,” Meier said. “This is all I’ve ever wanted for this program – for people to see the passion and love and joy in our culture and for Miami to be a household name.”

The Hurricanes are definitely on the map heading into Friday’s game against South Florida and will have people from across the country tuning in to see just how far Miami can go.