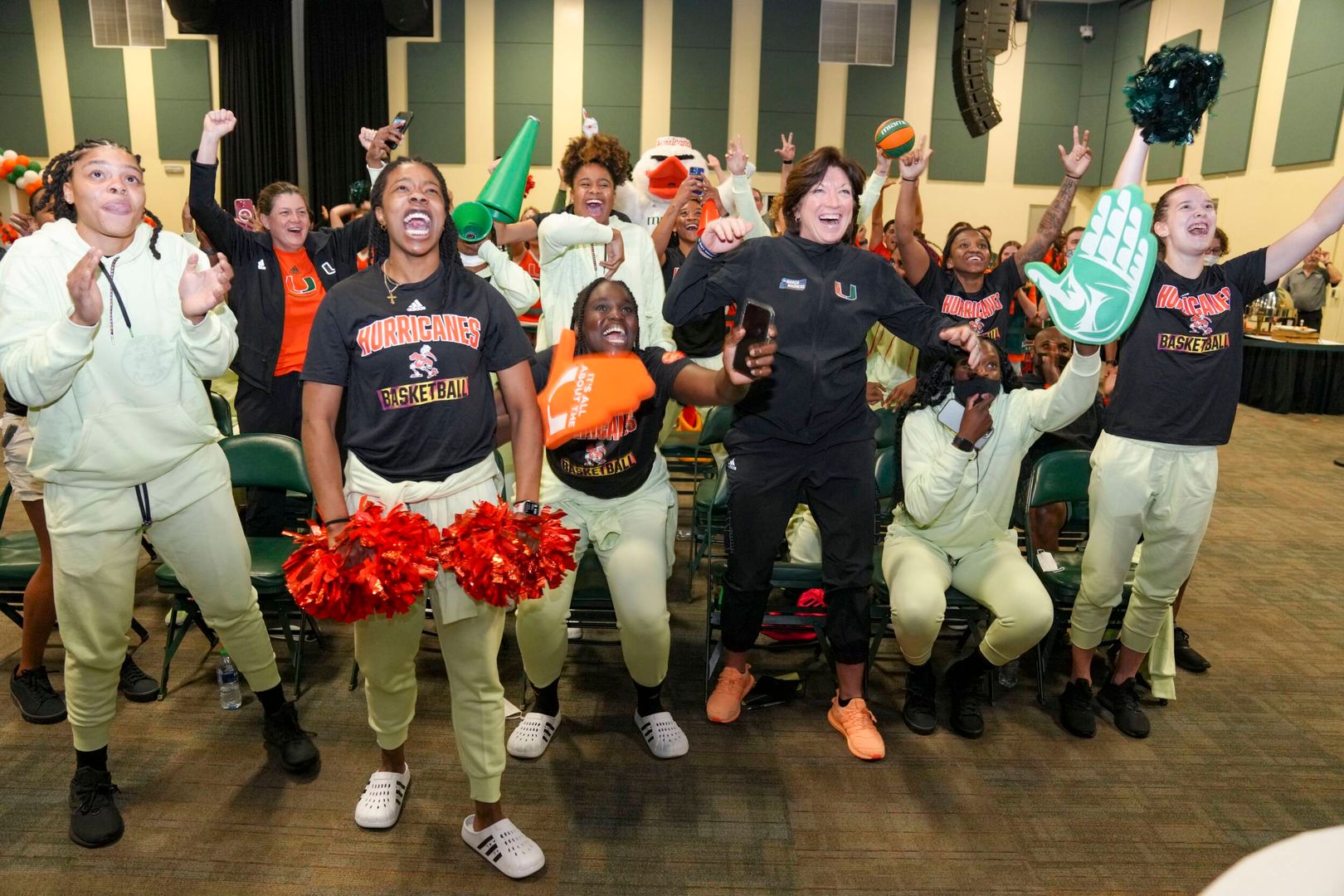 CORAL GABLES, Fla. – The University of Miami women’s basketball team is headed to the big dance. For the 15th time in program history and ninth time under head coach Katie Meier, the Hurricanes will participate in the NCAA Women’s Basketball Tournament.

Miami was selected as the eight-seed in the Greensboro region and will face ninth-seeded South Florida in Columbia, S.C., on Friday, March 18.

The Hurricanes’ NCAA Tournament bid marks another achievement in what has already been a historic season for Miami. Miami enters the tournament with a 20-12 overall record, its tenth 20-win season under Coach Meier. The Hurricanes have won eight of their last 10 games, including a trio of wins over top-25 opponents – No. 16/18 Georgia Tech, No. 4 Louisville and No. 20 Notre Dame.

The Hurricanes are 7-14 overall in 21 tournament games and hold an 0-3 record when entering the tournament in the eight-spot. Miami will face off with South Florida for the 41st time in program history on Friday. The Bulls enter the NCAA Tournament at 24-8 overall and 12-3 mark in American play.

Game times and TV designations for the opening round of the NCAA Tournament will be announced at a later point.