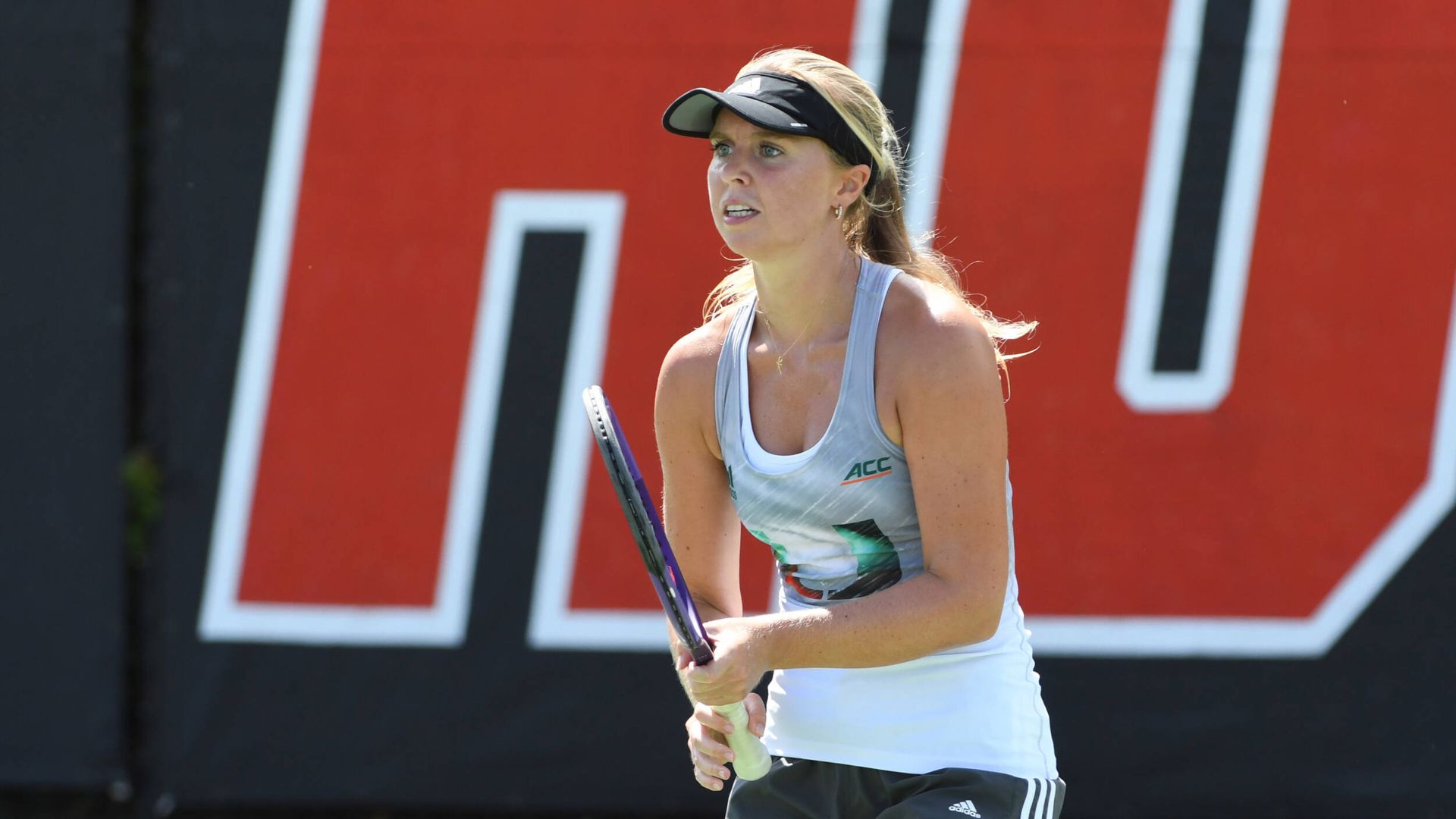 W. Tennis Climbs to No. 12 in ITA Rankings

CORAL GABLES, Fla. – The University of Miami women’s tennis team once again made a move in the national rankings, as announced Wednesday morning by the ITA.

The Hurricanes ascended two spots to check in at No. 12 in the country, good for their highest mark since they held the same spot on Jan. 25, 2017. Miami has jumped 12 positions since Jan. 19, including nine since Feb. 16.

The Hurricanes are the fourth of 11 ACC teams in the rankings, six of which are in the top 20. Miami is joined by top-ranked North Carolina, second-ranked NC State, fifth-ranked Duke, No. 13 Virginia, No. 18 Wake Forest, No. 35 Notre Dame, No. 36 Georgia Tech, No. 61 Florida State, No. 69 Boston College and No. 72 Louisville.

Miami once again has three individuals featured on the singles list, two of whom vaulted into the top 60. Fourth-year junior Daevenia Achong remains the team’s top-ranked player, garnering the No. 56 spot nationally, good for the highest mark of her superb career.

Fifth-year senior Eden Richardson jumped 13 spots and now places No. 58 in the country. Sophomore Isabella Pfennig is also featured in the rankings, holding the No. 112 spot.

In doubles, the Hurricanes again have two pairs on the list. Achong and Richardson climbed 24 spots, rising from No. 40 in the nation all the way to No. 16, the top figure for any Miami tandem this season.

Additionally, third-year sophomores Diana Khodan and Maya Tahan come in at No. 72 in the national rankings.

All three complete ITA polls are available HERE. The team rankings update each week, while the individual lists change every other week.

The Hurricanes resume play Friday at noon when they host No. 61 Florida State at the Neil Schiff Tennis Center. The first 100 fans in attendance will receive a free drink from Smoothie King.