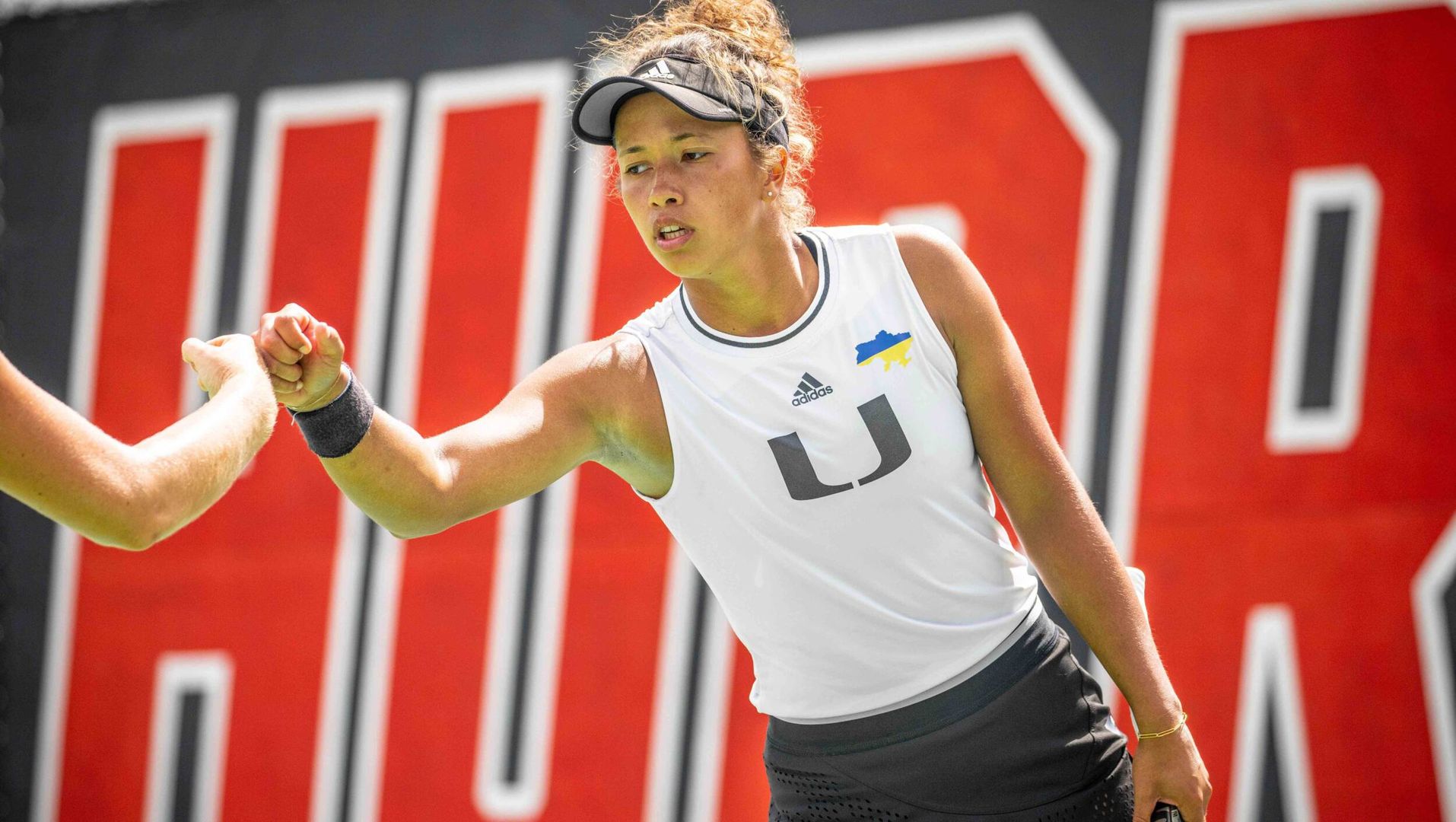 No. 15 Miami (7-1, 2-0 ACC) dropped just two sets all day and took each of the first five points of the match, en route to a fifth consecutive triumph.

“I saw us making some changes from Friday night that we needed to make,” Miami head coach Paige Yaroshuk-Tews said. “We’re staying really calm in pressure situations. Whenever you have any ACC match, it’s a pressure situation. And I just think that the girls are staying calm and being coachable. They’re talking on changeovers, they’re making adjustments and they’re being super mature.”

The Hurricanes turned in a quality showing in doubles to take the opening point. First, third-year sophomores Diana Khodan and Maya Tahan, ranked No. 38, tallied a 6-2 victory over Eleni Louka and Jenna Thompson.

Minutes later, the Hurricanes’ No. 40-ranked duo of fourth-year junior Daevenia Achong and fifth-year senior Eden Richardson finished off a 6-3 decision against Cristina Mayorova and Daniella Medvedeva to clinch the 1-0 lead.

In the unfinished match, sophomores Audrey Boch-Collins and Isabella Pfennig were tied with Samantha Buyckx and Ali DeSpain at 4-4 after dropping the first three games.

Khodan speedily doubled Miami’s lead in singles play, tallying a dominant 6-1, 6-0 result versus Buyckx before others even started their second set.

The remaining contests were all played out, with the first to finish going to Miami, as Boch-Collins defeated Medvedeva, 6-2, 6-3. Moments later, Clemson earned its lone point behind a 6-4, 6-4 decision from Thompson against No. 85 Pfennig.

“I’m really happy with Eden. For her to get this victory [is great. It was a] tough victory, six and six,” Yaroshuk-Tews said. “She was a little upset after her match Friday night. She has been playing some tight matches and has not been coming out on the right end of them. We had a good conversation Saturday. She came out here and she played with a clear head. This is the one I really wanted to get today, was Court 1.”