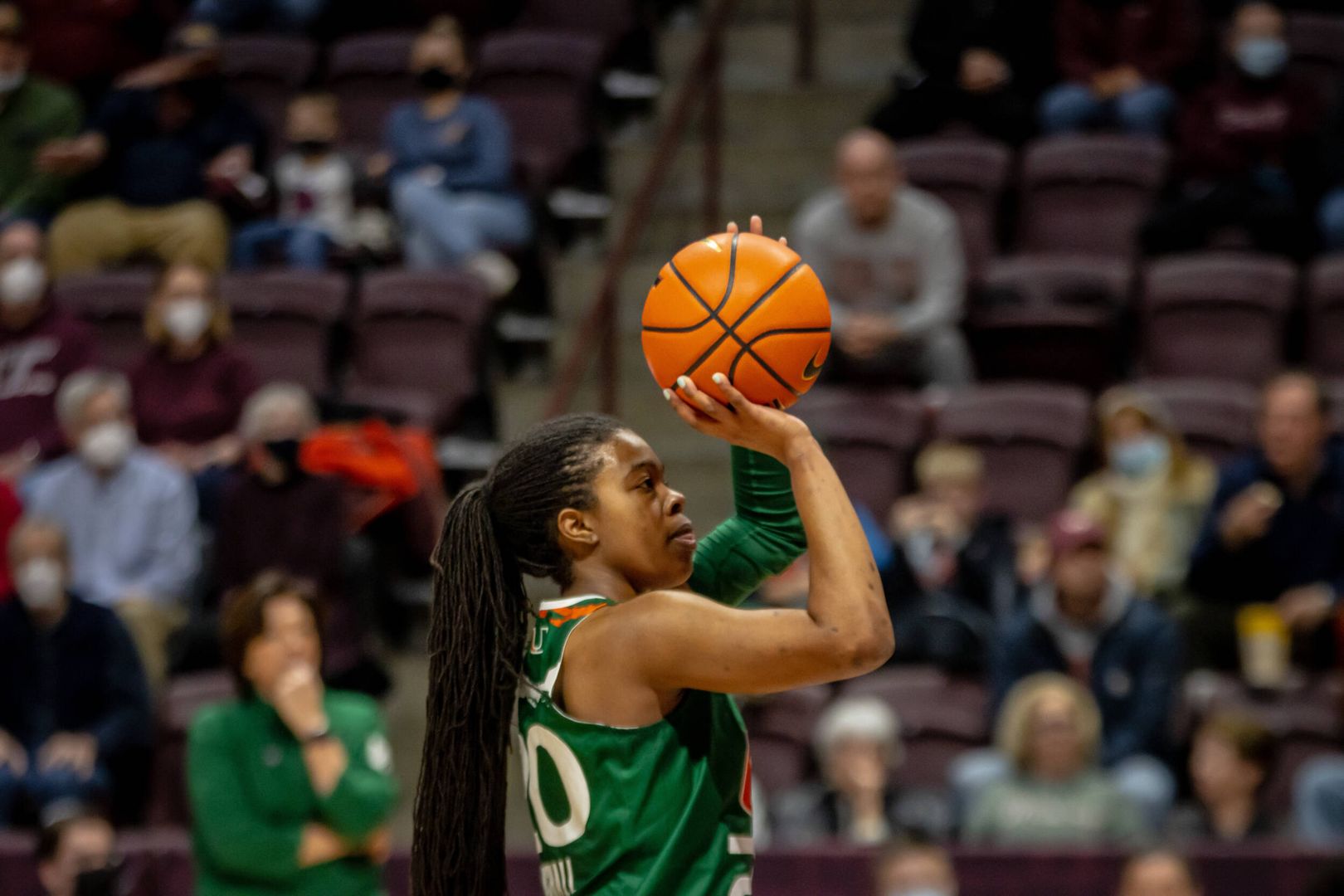 Miami Battles No. 23 Virginia Tech to the End

The Hurricanes (16-11, 9-8 ACC) have taken five top-25 teams down to the final minutes of the game this season, with the five games ultimately being decided by single-digits.

Marshall has tallied double-figures in 22 games this season, including 13 of the last 14 games. Fellow graduate student Destiny Harden and junior Lola Pendande joined Marshall in double-digits with 13 and 10 points, respectively.

“That was a ridiculous performance by both teams. I thought when the game was flowing and wasn’t disjointed it was a high-level basketball game,” head coach Katie Meier said. “They are very difficult to beat at home and we did everything we needed to do, but they hit two shots and we missed some layups. What an incredible game.” 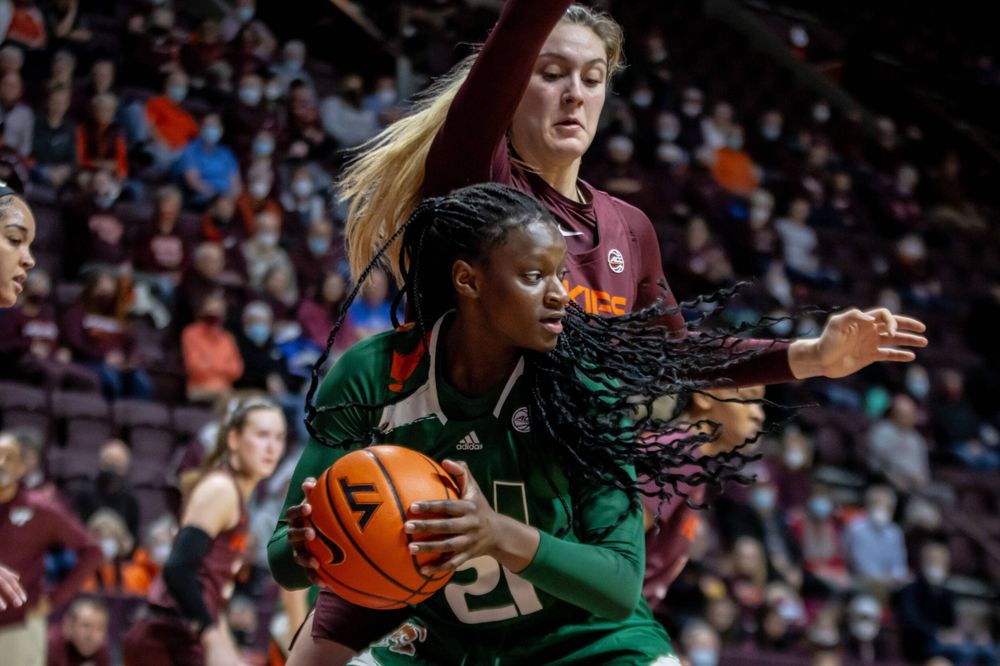 Virginia Tech scored seven of the first nine points in the game, but Harden put the Hurricanes on the board with back-to-back buckets in the first five minutes of the game. Marshall knocked down her first 3-pointer of the contest at the 1:21 mark to pull Miami to within four of the Hokies.

The Hurricanes closed the first with a pair of layups, highlighted by a steal and score by Williams as time expired in the quarter to make the score 20-18 in favor of Virginia Tech.

Miami’s defense dominated the second quarter, holding the Hokies to just 20 percent shooting from the field. On offense, Miami outscored Virginia Tech 18-12 in the frame, with Marshall accounting for six of the Hurricanes’ 12 points. The Hurricanes rattled off seven straight points to close the quarter and take a 30-28 lead into the locker room.

The Hurricanes continued to work in the third quarter, starting the frame on a 7-2 run, capped by an old-fashioned 3-point play from Harden. Virginia Tech responded with a 7-1 run of its own to pull back within one at the 6:08 mark. The teams traded baskets through the remainder of the quarter, but Virginia Tech narrowly outscored Miami, 22-19, in the session to take a one-point lead into the final 10 minutes.

Virginia Tech stretched its lead out to eight after taking multiple trips to the free throw line in the first four minutes of the fourth. Marshall tallied the Hurricanes’ first basket of the quarter with 5:52 to go in the game to cut the Virginia Tech lead down to six. The layup sparked an 8-0 run for the graduate student as she single-handedly pulled the Hurricanes back to within four.

However, Virginia Tech’s Aisha Sheppard responded with her third 3-pointer of the fourth quarter to stretch the Hokies’ lead out to seven and clinch the game for the home team.

The Hurricanes return to the Watsco Center for the final game of the 2021-22 regular season, taking on the Clemson Tigers at 4:30 p.m. on Sunday. Miami will honor its four graduating seniors – Maeva Djaldi-Tabdi, Mykea Gray, Naomi Mbandu and Kelsey Marshall – following the game. The game will air on Bally Sports.