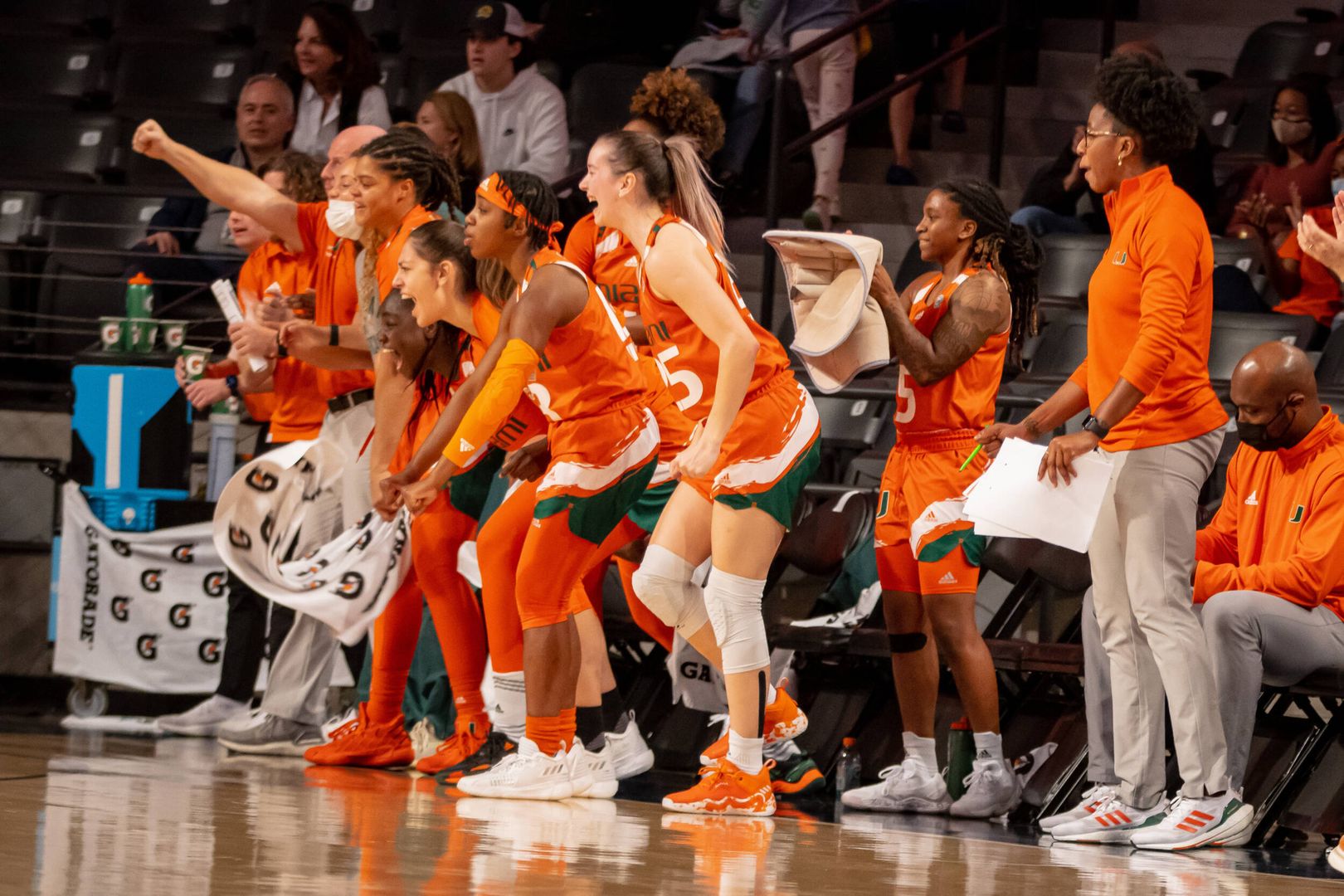 ATLANTA – For the fourth time in eight days, the University of Miami women’s basketball team added a tally to the win-column, downing the No. 16/18 Georgia Tech Yellow Jackets, 51-39, Sunday afternoon at McCamish Pavilion.

The Hurricanes (16-10, 9-7 ACC) are in the midst of a four-game win streak, including season sweeps of top-25 Georgia Tech (19-8, 10-6 ACC) and in-state rival Florida State. Miami has beat all four teams by double-figures and has taken sole possession of seventh place in the ACC standings.

“I couldn’t be prouder of this team. Georgia Tech is very good, but we are playing so well right now,“ head coach Katie Meier said. “We absolutely deserved that win. We earned it and fought hard for it. The players were so dialed in on the scout and we executed very well.” 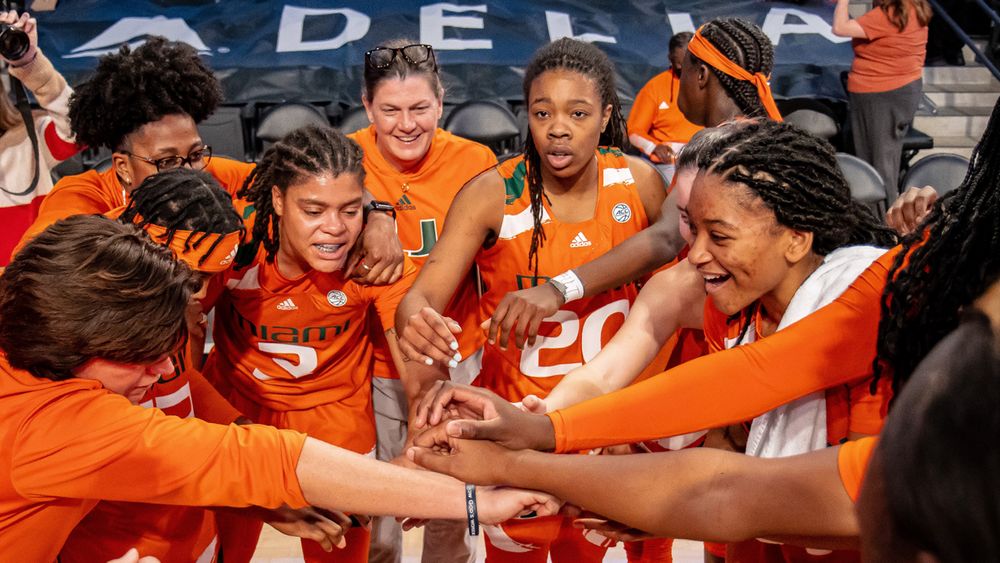 Senior Karla Erjavec paced the Hurricanes on offense with 12 points in the game. Eight of her 12 points came in the second half as she was 3-of-4 from the field and a perfect 2-for-2 from beyond the arc. Graduate student Maeva Djaldi-Tabdi joined Erjavec in double-figures at 10 points for her ninth double-digit outing of the season.

Miami’s defense was impenetrable as the Hurricanes held Georgia Tech to under 50 points for the second time this year. Miami forced the Yellow Jackets into 22 turnovers and capitalized on its opportunities, recording 17 points off turnovers.

“I thought our interior defense was incredible,” Meier said. “It is so hard to guard [Lorela] Cubaj and [Nerea] Hermosa because they are pros, but we held them to a combined 11 points.”

The Yellow Jackets drew first blood on a second-chance jumper at the 8:04 mark, but it was all Hurricanes from there on out as Miami recorded eight of the next 10 points to take an early 8-4 lead. Miami held Georgia Tech to 13 percent shooting in the first quarter and went board for board with the Yellow Jackets on the glass.

The Hurricanes’ defense continued to work in the second, limiting the Yellow Jackets to just one made field goal in the frame. The game got scrappy in the second as a combined 14 fouls were called, with Georgia Tech and Miami pouring in six and four points at the free throw line, respectively.

The Yellow Jackets cut the Miami lead to 10 in the first two minutes of the third quarter, but junior Lola Pendande quickly halted Georgia Tech’s momentum, recording six points in the first four minutes of the frame to push the lead back to 14.  Miami shot 53 percent from the field in the third quarter, outscoring Georgia Tech 18-13 to take a 42-25 advantage into the final 10 minutes.

Four Hurricanes scored in the fourth quarter, highlighted by a deep 3-pointer by Erjavec at the 4:04 mark to put Miami up by 18. Georgia Tech hit a pair of threes in the final minute of the game, but the damage was done and the Hurricanes came away with the 12-point, 51-39, victory.

The Hurricanes are set to face their second straight top-25 opponent when they travel to Blacksburg, Va., to take on the No. 23/24 Virginia Tech Hokies. Tipoff is set for 6 p.m. and the game will air on Bally Sports.

Single-game tickets for the remainder 2021-22 women’s basketball season can be purchased here.