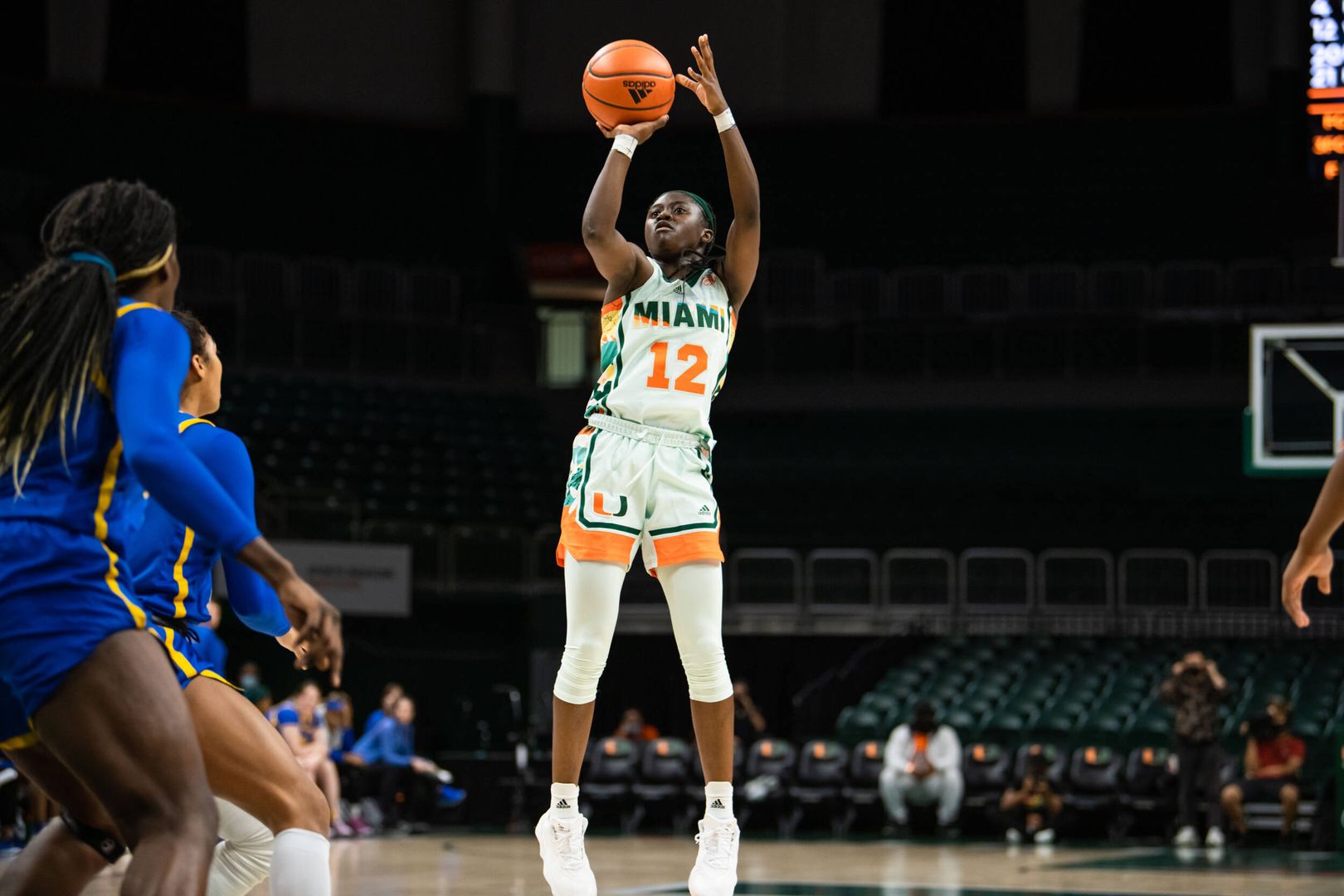 A Top 25 Opponent Awaits the Canes in Atlanta

Miami hits the road on Sunday for the first of its final two road games of the regular season, taking on the Georgia Tech Yellow Jackets at McCamish Pavilion. Tipoff is set for 2 p.m. and the game will air on ACC Network Extra with Bryce Koon and Fallon Stokes on the call. Fans can also listen to the game on WVUM 90.5.

The Hurricanes and the Yellow Jackets are neck and neck in the all-time series between the programs, with Miami holding the narrow 18-17 advantage. However, when playing at McCamish Pavilion, Georgia Tech has the 8-5 edge in the series.

Miami and Georgia Tech have already faced off this year as they sit in the same “ACC pod.” The Hurricanes upset then No. 15/16 Georgia Tech, 46-45, at the Watsco Center on Jan. 16. 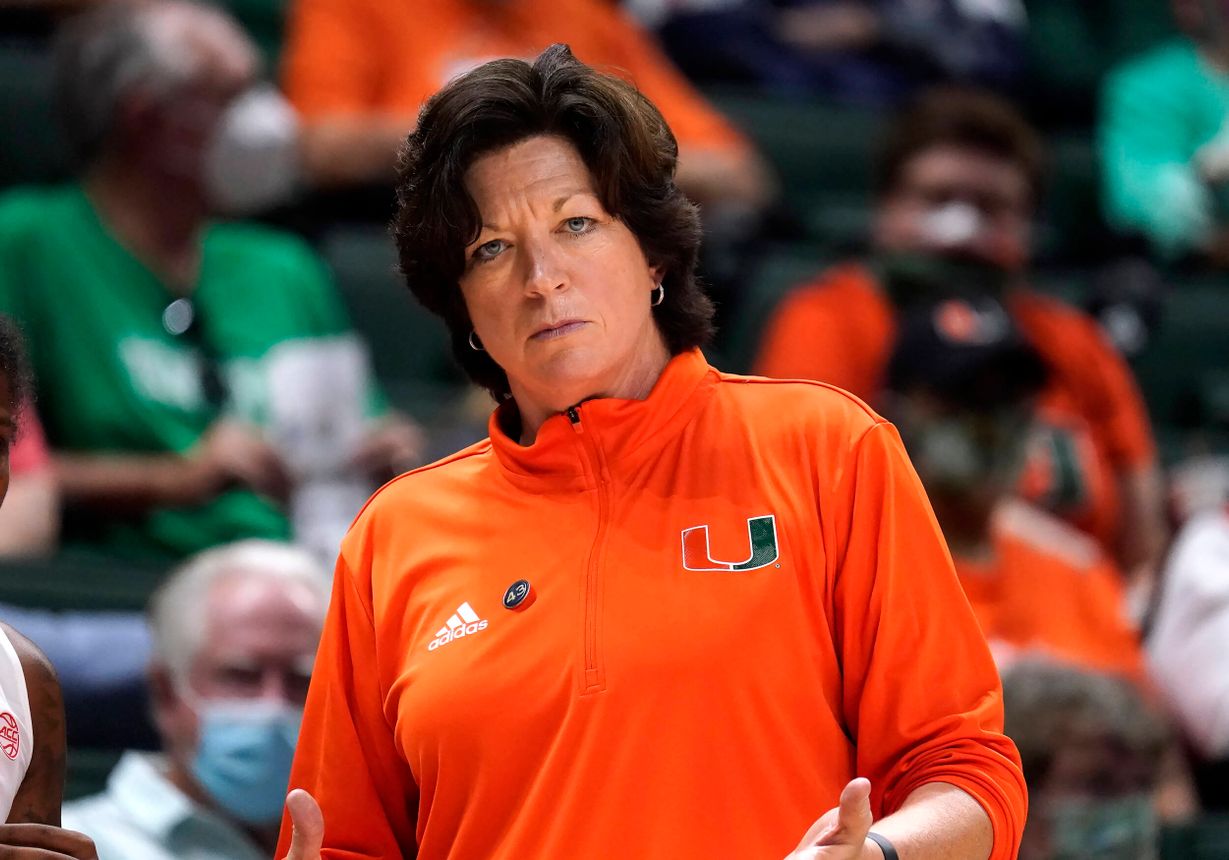 Head Coach Katie Meier... "Georgia Tech is big, strong, and experienced, but if we play our first half defense from the Pitt game we’ll be alright."

Miami tallied its third win in five days on Thursday, defeating Pittsburgh, 60-50, at the Watsco Center. Four Hurricanes scored in double-figures as Miami shot better than 40 percent from the field for the third consecutive game.

The freshmen could not be stopped on Thursday as Ja’Leah Williams and Jasmyne Roberts tallied 11 and 10 points, respectively. Roberts knocked down 4-of-5 from the field, setting a new career high in scoring at 10. Williams, alongside senior Naomi Mbandu, led the Hurricanes on the boards with six rebounds.

Graduate students Kelsey Marshall and Destiny Harden reached double-digits as well, notching 10 points each in the contest. Marshall has scored in double-digits in 12 straight games and in 21 of 24 games played. 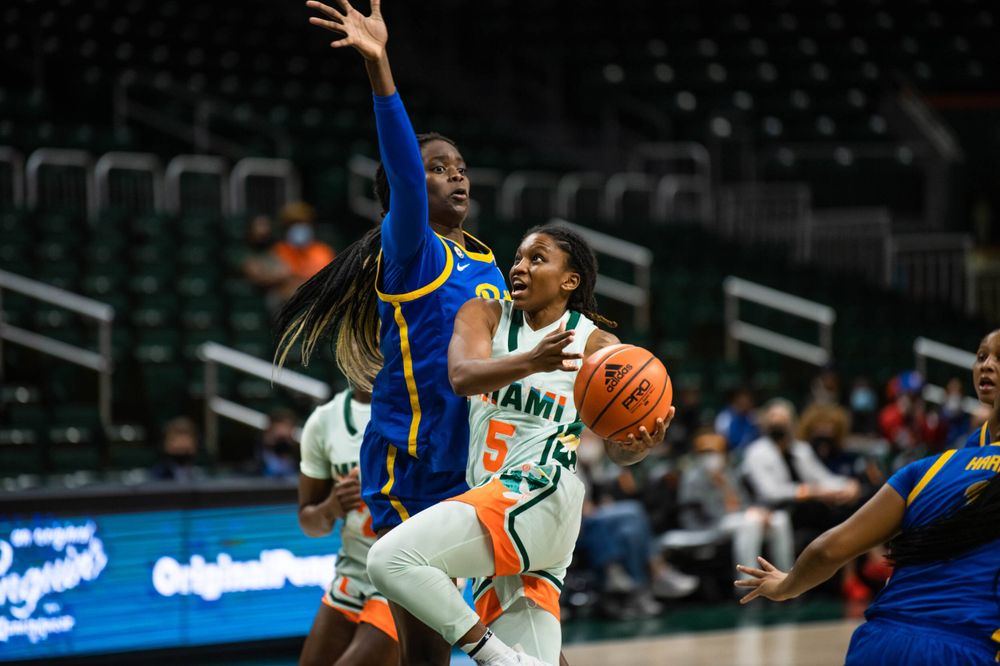 Freshman Ja’Leah Williams has solidified herself as one of the best freshmen in the conference, ranking in the top five among ACC freshmen in scoring (fifth – 7.8), rebounding (third – 4.4), assists (third – 2.2) and steals (first – 2.0). She is one of just two freshman (Sonia Citron – Notre Dame) to rank in the top five in all four statistical categories.

Williams has tallied eight double-digit outings this season and made 18 starts as a freshman. She ranks second on the Hurricanes in scoring (7.8) and third in rebounding (4.4). In ACC play, Williams is averaging 8.8 points and 5.0 rebounds.

THE BEST OF THE BEST

Graduate student Kelsey Marshall has continued to dominate the court all season long, ranking in the top 15 in five statistical categories in the ACC. 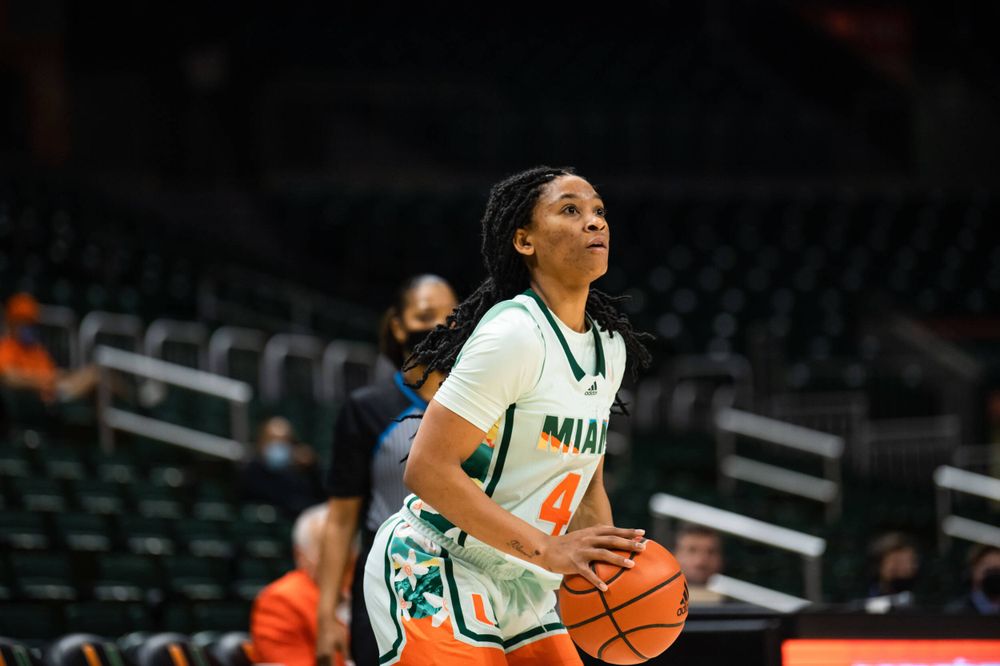 HAVE A DAY, JAS

Freshman Jasmyne Roberts had a career outing on Thursday, recording her first ever double-digit game with 10 points against Pittsburgh. Roberts knocked down 4-of-5 from the field, including just her fourth 3-pointer of the season.